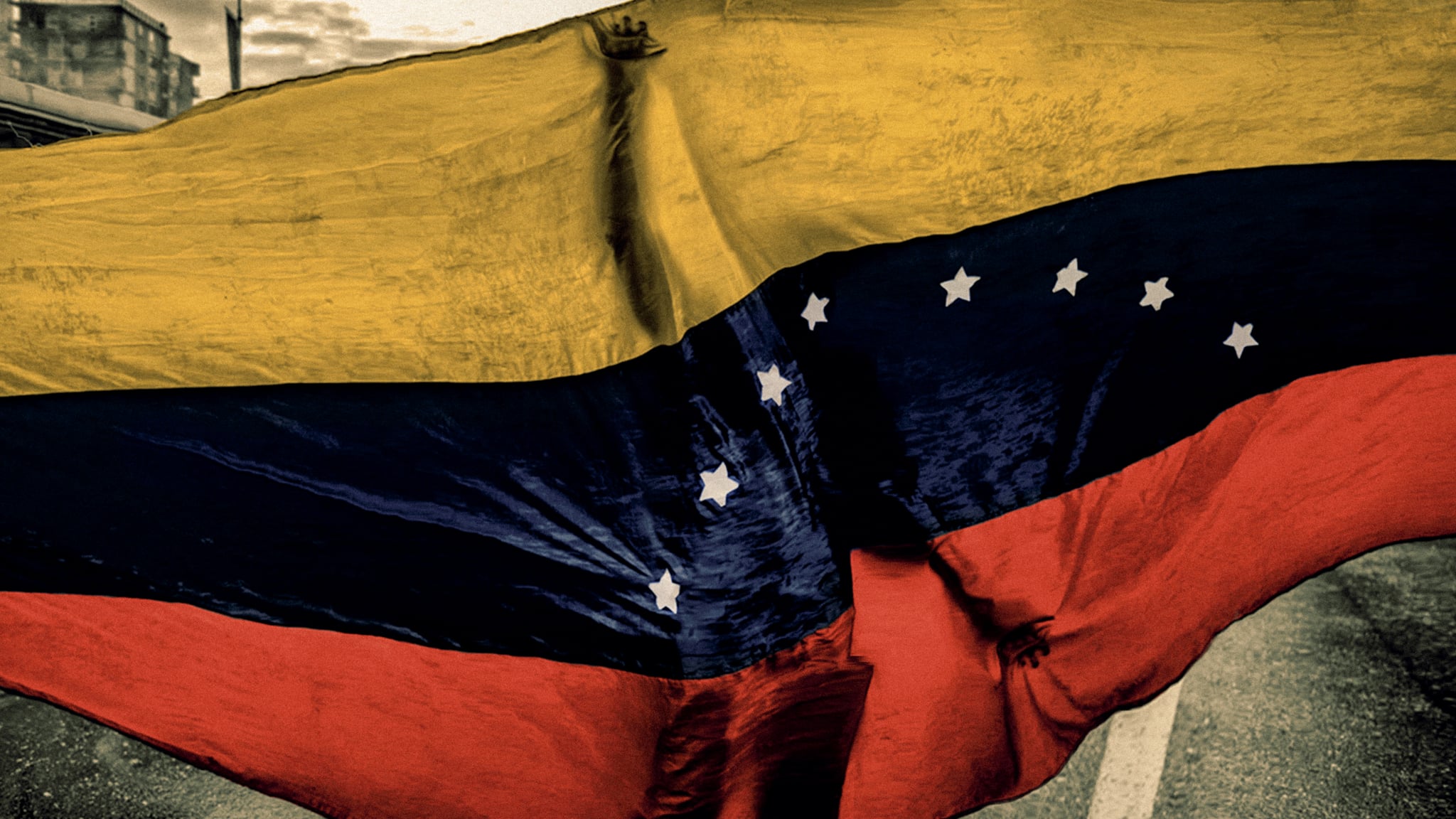 We don't see enough news coverage surrounding the dictatorship and political repression that has led to the crumbling of Venezuela. But a new documentary out on HBO Max, A La Calle (or To the Streets) by Nelson G. Navarrete and Maxx Caicedo, is shedding a light on the country's humanitarian crisis. The film opens with an eerie score playing under scenes of unrest in Venezuela. It ends on a somewhat hopeful note as the opposition works to turn the military against authoritarian President Nicolás Maduro Moros. But Maduro is still in power today, and his administration keeps violating Venezuelans' human rights. In fact, Human Rights Watch has referred to the situation in Venezuela as a severe humanitarian emergency, with millions unable to access basic healthcare and adequate nutrition. According to the UN Refugee Agency, there are around four million Venezuelan refugees worldwide — making the South American country the second-largest source of refugees in the world, just behind Syria and above Afghanistan.

To make sense of it all, POPSUGAR spoke with Human Rights Watch's Tamara Taraciuk-Broner, who appears in A La Calle. She was born in Venezuela after her parents fled Argentina's military dictatorship in the late '70s and has since spent a big part of her work life devoted to documenting the situation in Venezuela.

"The Venezuela of today is the exact opposite of the Venezuela that existed back then when it was a country that received people fleeing dictatorships."

"The Venezuela of today is the exact opposite of the Venezuela that existed back then when it was a country that received people fleeing dictatorships," she told us. As Human Rights Watch's acting deputy director, Americas Division, Taraciuk-Broner describes her work documenting the situation on the ground in Venezuela as talking to people, looking at criminal files, getting testimony, corroborating evidence, and reviewing videos. "We then use that information to produce reports, videos, [and] public statements," she said. "Our purpose here is to ensure that people know what is happening and that decision makers with the power to do something about it actually pay attention and do something."

Taraciuk-Broner called A La Calle a great way to share with a broader audience what is actually happening in the country. "The film does a nice job portraying the different realities in Venezuela ranging from the crackdown against opponents, the humanitarian situation, and the consequent massive exodus of people fleeing the country," she said. "Sometimes, it's hard to pay attention to sad stories. And it's also hard to keep paying attention. [But] informing yourself and sharing information about what's happening is important for the victims."

"Sometimes, it's hard to pay attention to sad stories. And it's also hard to keep paying attention."

It may seem like a small thing to do, but as Taraciuk-Broner pointed out, if you don't care, you "send the message that these things are accepted. And that only empowers the people in these dictatorships to keep doing what they know how to do best, which is to repress." Watching A La Calle is an easy place to start — in just one hour and 50 minutes, it'll guide you through Venezuela's past and present, showing the human side of all this oppression. There's a storyline of a young father whose cousin dies because he can't find insulin and who eventually has to leave his country and family because he can't feed his daughter. Or the med student who organizes her peers to attend protests and treat those injured by teargas, rubber bullets, and whatever else they encounter. She too has to leave if she wants to continue her medical education. It's an intimate look at how a country that was once prosperous has suffered socially and economically as a result of an oppressive dictatorship and political corruption.

Regardless of your politics (and as one expert says in the film, "Left versus right isn't at the center of this issue. It's authoritarianism versus democracy."), you'll be ready to support Venezuela after watching A La Calle. Taraciuk-Broner said one way you can help is by keeping up the pressure on elected officials. She's hopeful this strategy will work, citing how more international aid is getting to Venezuela than ever before, something the film covers. Plus the Venezuelan government and its opposition are currently in talks in Mexico. These are talks Taraciuk-Broner hopes will address human rights issues.

There's even progress at the International Criminal Court, thanks to groups like Human Rights Watch. "The prosecutor there has said there is evidence that crimes against humanity may have been committed in Venezuela, and they're contemplating opening a specific investigation into the situation," Taraciuk-Broner said. "Venezuelan authorities care about that because this court can actually investigate people [and even jail] the specific individuals implicated in these crimes."

President Joe Biden recently granted Venezuelan refugees protective status, meaning they can live and work in the United States more easily. Let's make sure we welcome these immigrants into our communities and give them the help and support they need. They've been through enough.

Identity
¿Y Ahora? Where Is the Cast of "Ugly Betty" Today?
by Cristina Escobar 5 days ago

Stranger Things
Caleb McLaughlin on Racism From "Stranger Things" Fans: "It Definitely Took a Toll on Me"
by Chanel Vargas 6 days ago