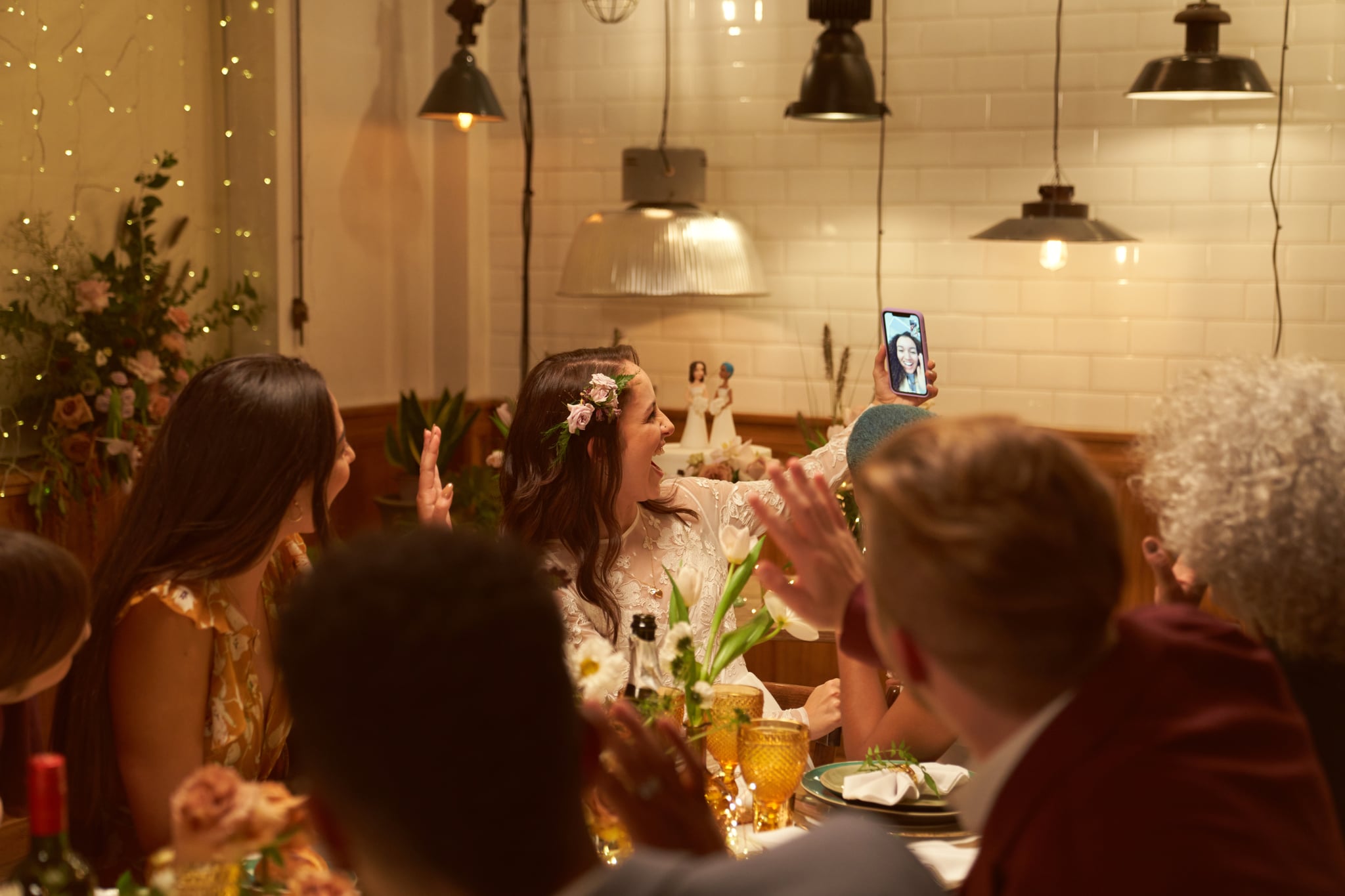 My parents don't speak a word of English. Although they were open-minded enough to take my sister and me to bilingual pre-K and school, they never learned it themselves. In fact, they have never been to the US, even though I've lived here for almost a decade — I even got married here!

My ex and his whole family are originally from California, and none of them speak Spanish. He took some classes in high school, but nothing stuck. However, from the beginning of our relationship, he was fascinated with my culture, and right after visiting Spain for the first time, he decided to start taking Spanish classes immediately. He is completely fluent in Spanish now, but I'll never forget the first time he met my non-English-speaking dad.

My dad loves cooking for other people and hates leaving his apartment, so we had a lunch date at his place, just the three of us. During lunch, I had to translate the entire conversation, which was pretty awkward and didn't involve much beyond "muy bueno" and "please". After hearing other friends' meeting-the-parents experiences, I realized it's always uncomfortable for everyone, even when everyone speaks the same language. At least my experience was very short because of how difficult having a conversation was. Plus, I didn't have the fear of inappropriate or embarrassing questions or answers because they all had to pass my translating filter first.

My parents didn't meet his parents until the day before our Spanish wedding — we also had an American one in New York with a small group of friends and pizzas in a Brooklyn backyard — when they decided to take the Americanos to a flamenco show. Yes, just like out of a movie. I felt like I was living the Spanish version of My Big Fat Greek Wedding. Let me add that even though I grew up in Spain, I had never been to a flamenco show in my life until I met him. My mom sat next to my ex's mom and just kept gesturing with her hands and screaming things in Spanish to try to make herself understood, and I think she succeeded somehow! The dads kept quiet, smiling and nodding. My aunts, who speak English, acted as a fun buffer and helped make his family feel a little less lost. 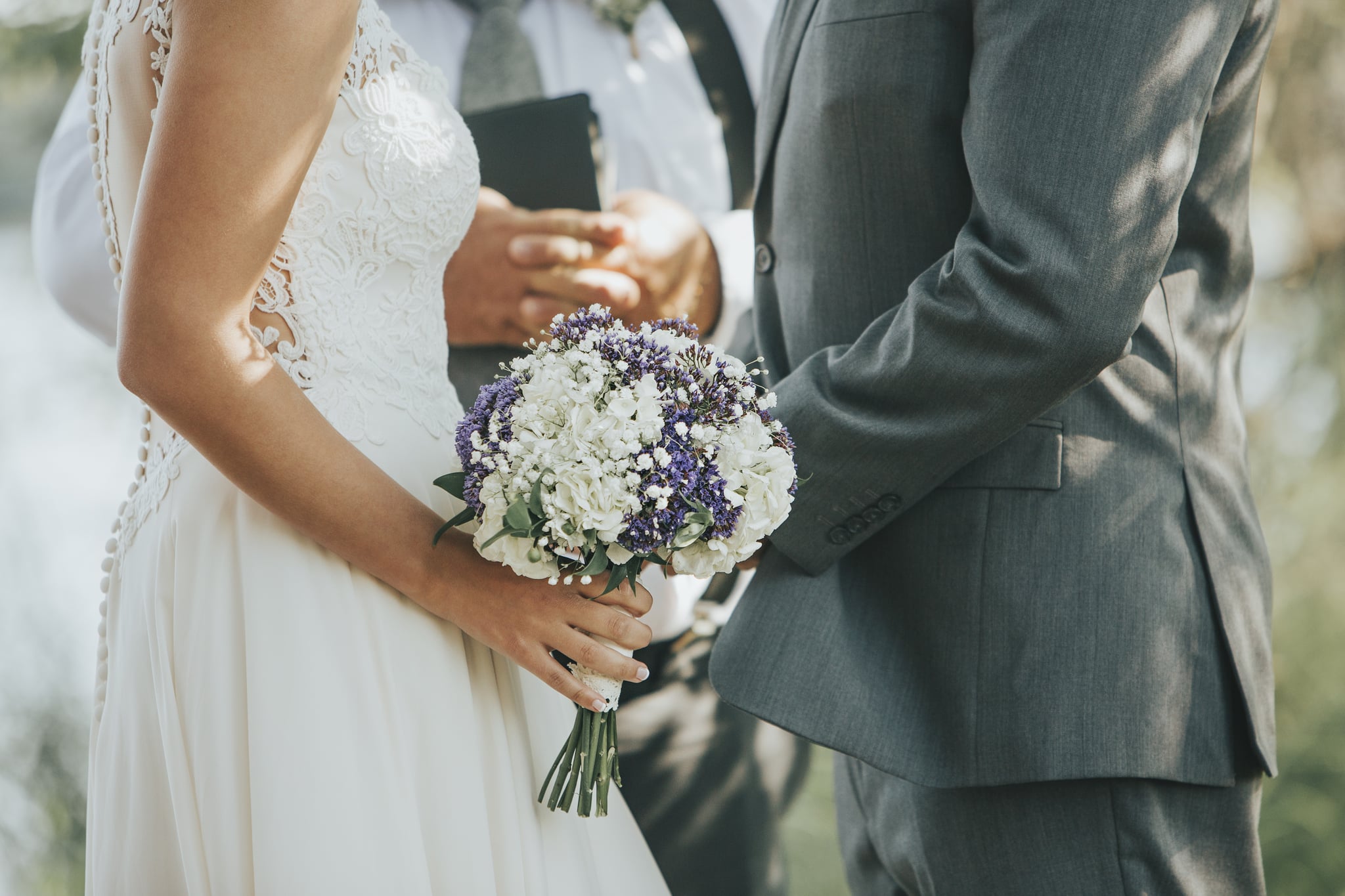 On our wedding day, my best friend was the ceremony officiant, and she was so sweet and thoughtful that she translated her whole speech to English and printed out a copy for everyone in his family so they could understand it. After the wedding, they told me many times how much fun they had, and I felt so relieved they didn't feel lost or uncomfortable.

Besides the challenges these cultural differences were at times, if I had to summarize my experience dealing with a language barrier between my family and my in-laws, I'd say: Way less drama! Unlike most of my friends, I never had to worry about my mother and his mother not getting along with each other or competing for our attention. Also, when your families are from different cultures and don't even speak the same language, chances are you're already more than used to splitting your time, your holidays, etc., between two cities or even two continents! We would have a 100 percent Spanish Noche Buena, and a 100 percent American thanksgiving. We never had to discuss how to split the holidays or important dates between both families. As stimulating and challenging as dating or marrying someone from a different culture is, at least the language barrier between our parents was a plus for me.