"From our house to the entire community," is how Colombia's most influential music group, ChocQuibTown, is positioning their sixth album ChocQuib House. The 11-track compilation is perfect to get everyone dancing and enjoying and it features the newly-released single "Vuelve."

"ChocQuib House is meant to help us get through the global health crisis," ChocQuibTown said in a press release. "Music is the best therapy and the best way to overcome hard times." 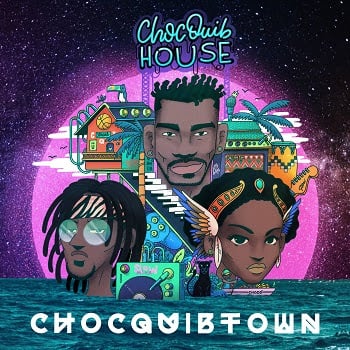 ChocQuibTown is also using the attention around their album release to speak against racism and inequality, to show support for Black Lives Matter, and to denounce Afro-Colombians being treated as inferior people. This discrimination can include denying them admission to bars, restaurants, and clubs, because of the color of their skin, or take more subtle forms, like judging their behavior as "threatening."

The group has been vocal about seeking justice for Anderson Arboleda, a 24-year-old Black man who was killed by the police in their home country for being outside during a national curfew. "Police officers: we know there are a lot of intelligent and respectful people working with you, but we also know that it's necessary to educate in anti-racist conducts," they wrote on an Instagram post. "We need to be treated as individuals, as humans, with respect."

The Weeknd
The Dawn Is Coming: The Weeknd's New Music Era Already Sounds Like a Total Party
by Kelsie Gibson 9 hours ago

Frank Ocean
Mark Your Calendars! Frank Ocean Is Set to Headline Coachella in 2023
by Monica Sisavat 10 hours ago