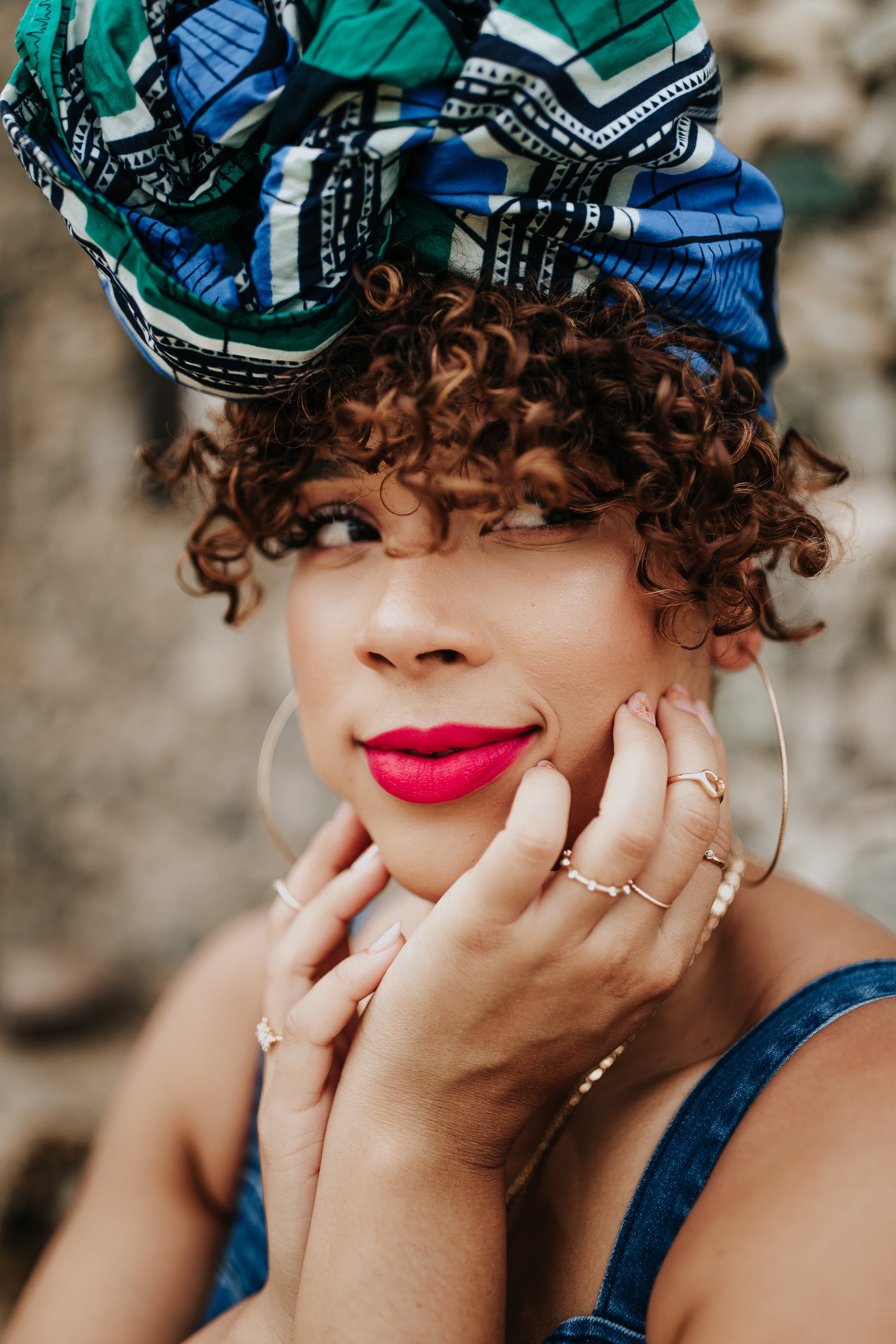 For as long as I can remember, I've always been a hustler. It came so naturally to me that I never really saw it as anything out of the ordinary, let alone me being "entrepreneurial." Whether it was offering $5 massages to my family as a kid, selling Avon in high school because I was beauty-obsessed, or selling $2 boxed cake for $20 in college, I was always looking for ways to make extra money on my own.

Walking down my uptown block in NYC on the way to the train, I saw a lot of people from my Latinx community hustling, too.

Walking along my uptown block in NYC on the way to the train, I saw a lot of people from my Latinx community hustling, too. Everywhere you looked, there was somebody selling something or providing a service. The bodeguero, the pastelito lady, the hairstylist you've known since you were born, the habichuela con dulce Doña, the pots and pans guy, or your tia who lives in 5G who makes Dominican cake for the entire neighborhood. As I walked past them day in and day out, I never really viewed them as entrepreneurs until the moment I became one myself. I guess it's because the definition of entrepreneur I've always known was the one tied to big business. You know, the bigwigs in suits who created generational wealth for their families. The CEOs with thousands of employees. Those types of entrepreneurs.

Growing up, I never thought that these common characters from my neighborhood were entrepreneurs, too. Sure, they weren't closing million-dollar deals in fancy offices, but they were fulfilling needs in our community and making a profit. They organize a venture to benefit from an opportunity, rather than working as an employee. They are the people who have the skills and initiative necessary to anticipate current and future needs and bring good, new ideas to the market. They work hard to provide for their families here in the states as well as their families back in the motherland.

My own entrepreneurial journey has been quite interesting, to say the least. You see, I loved the phenomenon that was the internet growing up and always found it fascinating. In high school, I had a Myspace profile and thought it was so cool that you could have your own little corner on the internet. My page was customized to perfection with colors, fonts, flashing GIFs, and a new song every week. By my sophomore year, I became obsessed with reading blogs, but I truly couldn't resonate with any of them because none of the fashion and beauty blogs I read were written by girls who looked like me. This inspired me to launch my own blog in 2010, which is now AllThingsAda.com. We will be celebrating its 10-year anniversary in December. So crazy how time flies!

I became obsessed with reading blogs, but I truly couldn't resonate with any of them because none of the fashion and beauty blogs I read were written by girls who looked like me.

I remember the very first time I was contacted to do a sponsored blog post. I couldn't believe a major company wanted to pay me to write about its product on my blog, a little website that I created that merged all of the things I was passionate about and really good at. My blog was super active during the multicultural boom when brands finally started to realize the buying power in black and brown communities, so I started getting contacted by tons of brands for partnerships. By 2015, I had worked with many major brands and felt very confident about turning my passion project/side hustle into my full-time job. I was also very eager to create a product of my own that I could market myself. I had been doing hair product reviews for years on my blog, and I was well-known for my curly hair and felt like I could really bring something fresh to the market.

After lots of hard work and hustle, in 2017, I finally met my mentor and business partner Aisha Ceballos-Crump, who helped me launch my very own haircare line, Botánika Beauty, this past April. My mom didn't really understand what I do as far as my work as a content creator goes, but I had the opportunity to bring her to my launch event for Botánika. She was shocked at the fact that 400 women showed up in the Bronx to come see me and support my new business. I don't think she viewed me as an entrepreneur before all of this, but seeing something tangible that I created has definitely shifted her perspective on what I do — similarly to how my views of what an entrepreneur is have shifted over the years thanks to my block.

I recently moved from New York to Chicago, and I miss walking around the Bronx and Washington Heights and buying a bacon, egg, and cheese from the bodega or some pasteles en hoja from the guy on 181st Street. I miss seeing and supporting my local entrepreneurs. I hope they know how much they inspired my business, and I hope they know that when I walk into meetings with retail giants to pitch Botánika that I'm always representing for them. For us. For the black and brown entrepreneurs who often had no choice but to start a side hustle to supplement their income and ended up being so good at it, they created businesses. For the $1.4 trillion we will add to the economy as small businesses. For our beautiful Latinx community that I'm unapologetically proud to be a part of.

As the great Maya Angelou so eloquently stated, "I come as one but I stand as 10,000." Shout-out to my block for my tenacity, work ethic, and grit. Thanks for inspiring my hustle and business and being a constant source of strength to this day.