J Balvin once again proved that he's not an artist just for the fame. He's using his platform as one of the biggest names in reggaetón and Latin music overall to push forward a very important message: don't use your phone and drive.

His new video, "Rojo," the third single off his fourth studio album, Colores — set for a March 20 release — is a visual representation of the horrific consequences of distracted driving. Once again, he teamed up with his frequent creative collaborators such as producer SKY, video director Collin Tilley, and artist Takashi Murakami, who created the artwork for the new album, which is J Balvin's vision of music through a lens of distinctive individual colors.

I'm not going to lie: you should prepare yourself before watching this video. It starts very innocently with J Balvin arriving home, taking a shower, and receiving a phone call from his partner. He jumps in his car and drives off, while making a phone call to give his friend the good news: he is going to be the father of a baby girl, and he is on his way to the hospital as his partner is in labor.

Related:
J Balvin Teared Up When Daddy Yankee Gave Him a Premio Lo Nuestro, and I Want All My Friendships to Be Like Theirs

All of a sudden, a terrible crash happens. Then we see Jose (J Balvin's real name) walking inside the hospital with his face in shatters and bleeding profusely. He goes into the room where his daughter is being born, only to realize no one can see him or hear him.

Fast forward four years, and Jose's ghost is overlooking his now-former partner and daughter, warding off terrible suitors for the mom while trying to play with his daughter. I won't tell you how the story ends, because I really want you to watch the video, but be prepared to cry. A lot.

One thing I do have to point out is that at the very end, there is a very important message that everyone should acknowledge: "Distracted driving claims thousands of lives every year. Put away your phone and help us spread the message."

MusicMusic VideosJ Balvin
Around The Web

Music
Joshua Bassett Hopes His Music Brings Joy to Fans During Difficult Times: "It Means the World"
by Kelsie Gibson 2 hours ago

Music
Reik, Camilo, and Farruko's "Si Me Dices Que Sí" Got the EDM Treatment From R3HAB
by Maria G. Valdez 21 hours ago

Nicole Richie
6 Times Nicole Richie, aka Nikki Fre$h, Proved She Was Born to Be a "Trap Star"
by Monica Sisavat 1 day ago

The Voice
The Voice: This Rihanna Cover Was So Intimate, Nick Jonas Wasn't Sure If He Should Look Away
by Kelsie Gibson 1 day ago 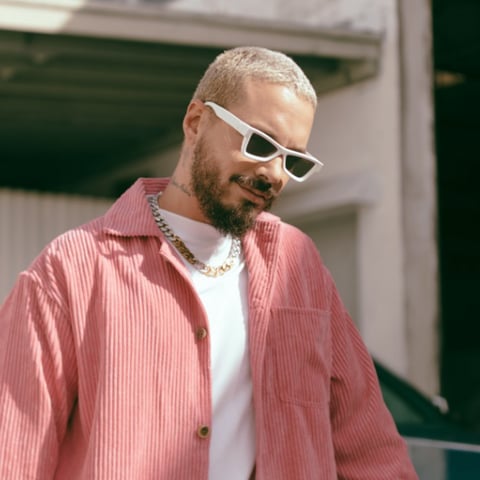 J Balvin
I'm Taking a Few Pages From J Balvin's Social-Distancing Book, Because He Has Some Good Advice
by Maria G. Valdez 1 day ago

by Sarah Wasilak 30 minutes ago