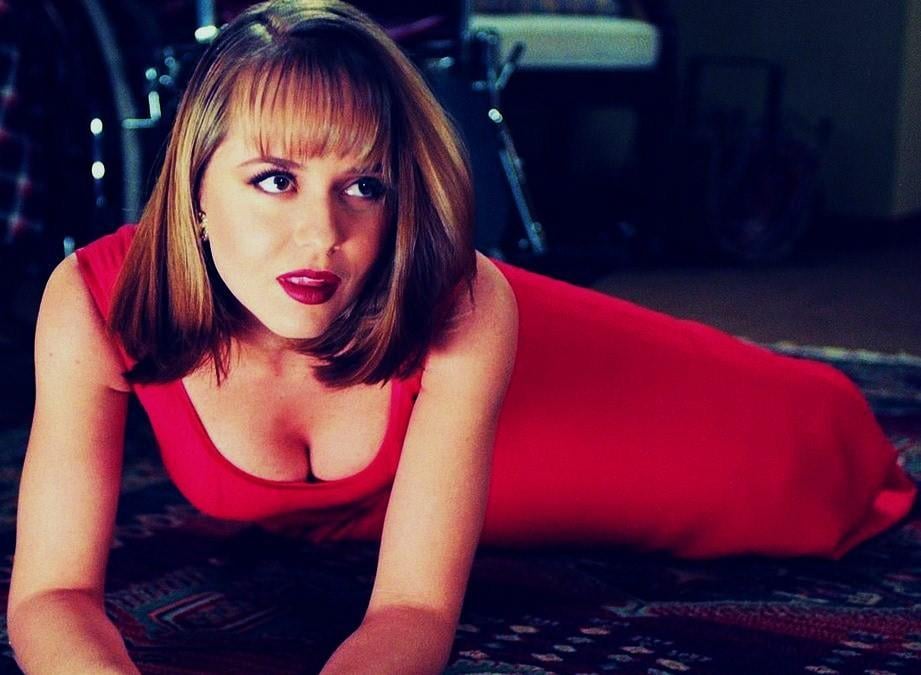 Back when La Usurpadora was on, I wasn't really allowed to watch telenovelas, but I would sneakily watch them while making sure to check outside in case my parents got home from work. I remember in Dominican Republic, La Usurpadora was on at 5 p.m., and luckily for me, my parents would usually be wrapping up work by then, about to sit in traffic for a while before coming home. Sorry not sorry, Mom and Dad!

La Usurpadora was so good that it became a telenovela classic. Who could not love the story about twin sisters Paola and Paulina, who were separated when they were young and didn't know they existed, until Paola, who married into a rich family, finds her sister and forces her to act as a "replacement" so she can temporarily leave her wealthy husband and family to enjoy a life of luxury with multiple lovers?

I mean, just as I typed this, it sounded so ridiculously amazing that I might as well start a petition for Netflix to readd it to its platform.

Gaby Spanic was incredibly convincing as both Paola and Paulina, navigating from being a coldhearted, manipulative b*itch to a sweet, loving, and caring wife. Both characters are so different from one another, and she managed to capture their essences perfectly, especially when Paulina arrives at the Bracho residence pretending to be Paola and she has to regain the family's trust since they aren't blind to Paola's conniving ways the way her husband, Carlos Daniel, is.

One could say this was the role that catapulted Gaby to stardom. So when I found out it was offered to Thalía first, my jaw dropped. Apparently, producer Salvador Mejía had spoken with Thalía about it, and she couldn't do it because at the time, the dates coincided with a big tour she was headlining.

"I had originally talked to Thalía about it," the producer said in an interview. "She loved the project but she had a musical tour across Latin America, and due to scheduling conflicts, she couldn't do it."

Don't get me wrong — I think Thalía would've done a fantastic job, and it would've been a breath of fresh air at the time to see her playing characters outside of her comfort zone. But at the same time, I'm a little glad she couldn't do it, because part of what makes Paola Bracho such an iconic character is Gaby's portrayal; no one can say "queridita" at the end of each phrase like she can.