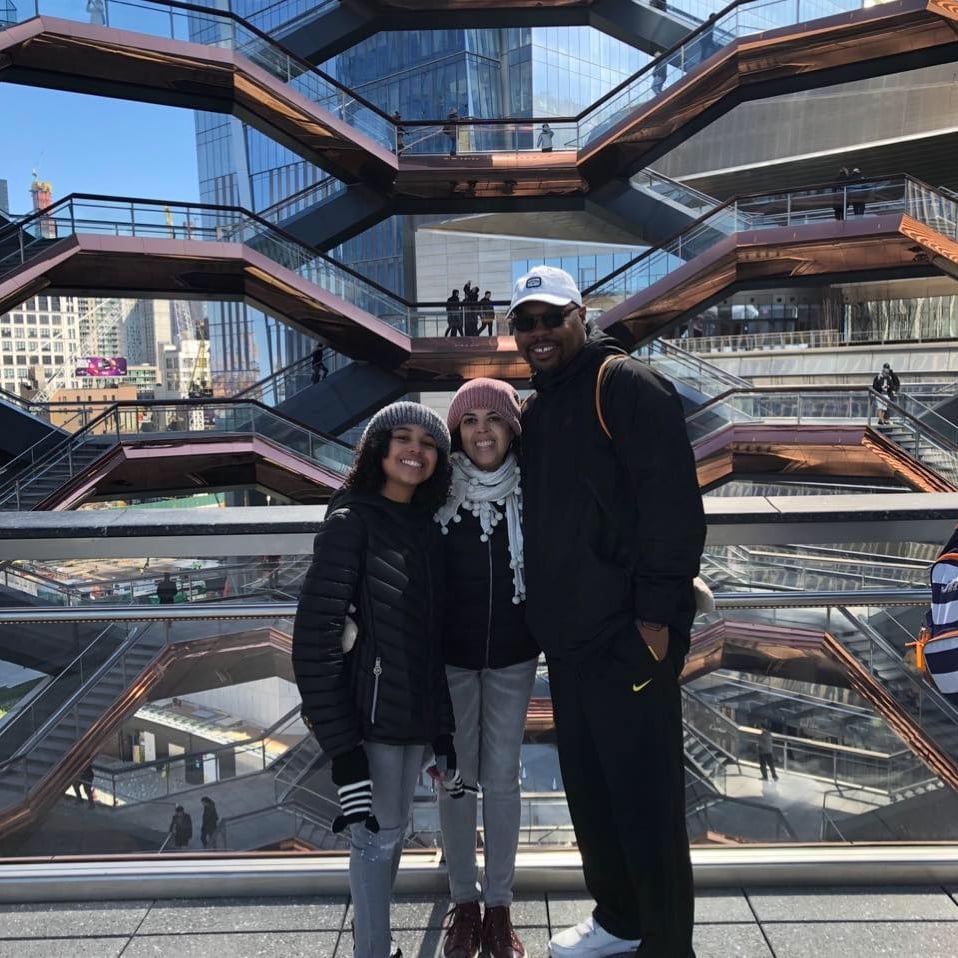 It was a late summer day when I made the not-so-brilliant decision to eat the last piece of Jamaican jerk chicken from a food cart for lunch. It looked and even tasted delicious, but not surprisingly, I got food poisoning. Bad food poising. Life-changing food poisoning. Within hours, I was admitted to a Manhattan hospital for severe dehydration and given hypertonic saline, which has much more sodium than a typical IV bag.

The plan was to draw my blood every four hours to check on my sodium levels. They even inserted a PICC line to help facilitate the removal of the blood. The hospital personnel knew of my complicated medical history (asthma, a pituitary tumor, and five autoimmune diseases). They even knew I was an attorney (one of the Bronx Defenders' founding eight attorneys). Yet two entire days passed, and no blood was drawn. I pushed the call button. I asked various attending doctors and nurses for help. I even yelled out into the hallway at some point, "Can someone, ANYONE, draw my blood?" They told me it was summer, the hospital was understaffed, and they'd get to it when they could.

Sometime in the middle of the night, I started to feel confused. Not in a "why aren't they coming?" way. More in an "I can't form a coherent thought" way. Within minutes, my entire body started violently shaking. So much so that I bit the inside of my mouth and tasted the metallic tang of my blood. I was seizing. I was dying. That's when I heard Oprah Winfrey's voice, "Let go. Everything is going to be OK," as will happen to all the people who, like me, have watched every episode of Oprah's show. In addition to the white light, Oprah's voice was my comfort. Then darkness.

Days later, I awoke from a coma. My brain had swelled from the extra sodium, preventing oxygen from reaching it. They told me it was a miracle I was alive and that I had permanent brain damage. I could not walk, talk, or take care of myself.

As I tried to piece together my life, my first mistake was trying to hold onto my former identity, thinking I could somehow get "me" back. But she was gone. I now had a seizure disorder, cognitive and memory issues, various speech impediments, and movement and balance problems. I required inpatient and outpatient rehabilitation, and there was no way my brain could handle the rigors of being a criminal defense lawyer. I had to find something else to do with my life.

That is the hardest part about being knocked off course by illness or accident: you have to reinvent yourself. You have to learn to love someone new. It was tough. Every time I looked in the mirror, I hated who I saw. I looked feeble and weak, not like the strong, badass Latina woman who was the first in her family to get higher education in the United States. As I recuperated, I started to look a little more like myself, but I still didn't sound or walk like my old self. I knew I had survived the unsurvivable. I knew I was a walking, talking miracle and that I had to start appreciating the fact that I was still alive. What was I going to do with my life now?

Well, I married my ride-or-die boyfriend, who never left my side. And we managed to have our very own miracle baby, a girl who is now 12 years old and calls me Mami. I still shake my head in disbelief that MY body did that, created a beautiful human life, after doctors told my family I would die or be a vegetable.

Years later, with my childhood mentor's help, I found the narrative medicine master's program at Columbia University. Returning to school appealed to me because I had beat the odds and shown the doctors that I could do it with my strict work ethic and insistence on reading anything I could get my hands on. I improved beyond what they ever thought possible. The degree has allowed me to work as an adjunct professor at the CUNY School of Medicine and as a lecturer at Columbia University. And now I help others see the light at the end of the tunnel, or in my case, Oprah's voice. I help people find their power again. I help them see they are the same warrior they were before but in a different form. That's the thing about life; you never know when a piece of chicken will change the course of yours forever.