In January 2015, a Stanford student athlete, Brock Turner, raped another student and left her lying behind a dumpster. The victim, whose name has understandably been kept private, was found unconscious, exposed, injured, and disheveled by two graduate students who passed Turner midassault. After waking up in the hospital with no recollection of what happened, the victim later found out she was sexually assaulted by Turner.

On June 2, Turner was convicted of his crimes and sentenced to an embarrassingly small term of six months in prison. But Turner's crime will not silence his victim; her written statement to the judge was also released after the trial, and it is the one of the most compelling essays of resilience I have ever read. Not only is her statement incredibly powerful, it's also gut-wrenching and viscerally emotional. It's hard to make it through without crying. Santa Clara County District Attorney Jeff Rosen called the victim's statement "the most eloquent, powerful and compelling piece of victim advocacy that [he'd] seen in [his] 20 years as a prosecutor," and I am not surprised.

Below are excerpts from her statement that I was particularly moved by, but I recommend reading her entire essay. I hope that all women have the chance to read her harrowing tale of grief and inspiring recovery.

This is how she found out the details of her assault.

"One day, I was at work, scrolling through the news on my phone, and came across an article. In it, I read and learned for the first time about how I was found unconscious, with my hair disheveled, long necklace wrapped around my neck, bra pulled out of my dress, dress pulled off over my shoulders and pulled up above my waist, that I was butt naked all the way down to my boots, legs spread apart, and had been penetrated by a foreign object by someone I did not recognize. This was how I learned what happened to me, sitting at my desk reading the news at work."

Despite first believing her case wouldn't go to trial, it did, and here's the brutal truth of how it transpired.

"I was not only told that I was assaulted, I was told that because I couldn't remember, I technically could not prove it was unwanted. And that distorted me, damaged me, almost broke me. It is the saddest type of confusion to be told I was assaulted and nearly raped, blatantly out in the open, but we don't know if it counts as assault yet. I had to fight for an entire year to make it clear that there was something wrong with this situation."

On how she first blamed herself for attending the party.

"Sometimes I think, if I hadn't gone, then this never would've happened. But then I realized, it would have happened, just to somebody else. You were about to enter four years of access to drunk girls and parties, and if this is the foot you started off on, then it is right you did not continue."

On winning, despite the agony of her trial.

"The point is, this is everything my family and I endured during the trial. This is everything I had to sit through silently, taking it, while he shaped the evening. It is enough to be suffering. It is another thing to have someone ruthlessly working to diminish the gravity and validity of this suffering. But in the end, his unsupported statements and his attorney's twisted logic fooled no one. The truth won, the truth spoke for itself."

On how being drunk is no excuse.

"Someday, you can pay me back for my ambulance ride and therapy. But you cannot give me back my sleepless nights. The way I have broken down sobbing uncontrollably if I'm watching a movie and a woman is harmed, to say it lightly, this experience has expanded my empathy for other victims. I have lost weight from stress, when people would comment I told them I've been running a lot lately. There are times I did not want to be touched. I have to relearn that I am not fragile, I am capable, I am wholesome, not just livid and weak.

In response to Brock Turner's own statement.

"See one thing we have in common is that we were both unable to get up in the morning. I am no stranger to suffering. You made me a victim. In newspapers my name was 'unconscious intoxicated woman', ten syllables, and nothing more than that. For a while, I believed that that was all I was. I had to force myself to relearn my real name, my identity. To relearn that this is not all that I am. That I am not just a drunk victim at a frat party found behind a dumpster, while you are the All-American swimmer at a top university, innocent until proven guilty, with so much at stake. I am a human being who has been irreversibly hurt, who waited a year to figure out if I was worth something."

Finally, her message to all women.

"To girls everywhere, I am with you. On nights when you feel alone, I am with you. When people doubt you or dismiss you, I am with you. I fought everyday for you. So never stop fighting, I believe you. Lighthouses don't go running all over an island looking for boats to save; they just stand there shining. Although I can't save every boat, I hope that by speaking today, you absorbed a small amount of light, a small knowing that you can't be silenced, a small satisfaction that justice was served, a small assurance that we are getting somewhere, and a big, big knowing that you are important, unquestionably, you are untouchable, you are beautiful, you are to be valued, respected, undeniably, every minute of every day, you are powerful and nobody can take that away from you."

The full essay is something everyone should read. 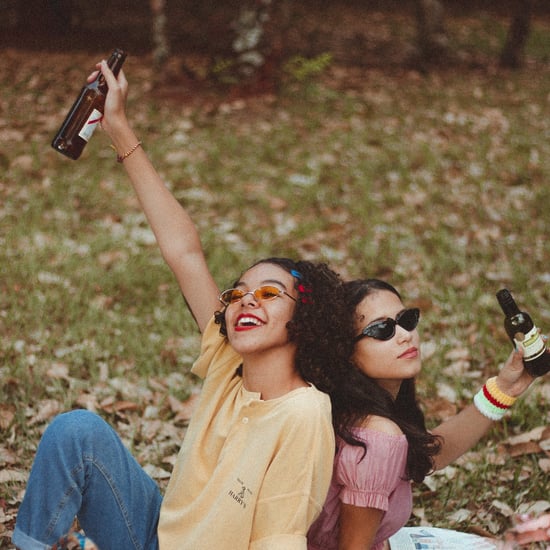