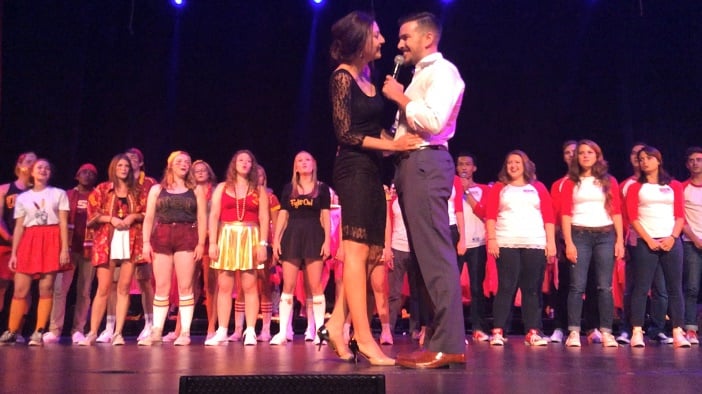 As close friends, they joked that they would each other's "backup" if they hadn't found anyone by the time they turned 35 — but the joke was on them. After seven years of friendship, Anna and Alex realized one day that they wanted to be much more. After dating for a year, he knew that she was it for him, so he planned an adorable a cappella proposal at the couple's alma mater, where they met. He tells How He Asked how it all went down:

"Anna has worked hard to put herself in a very good position in life. Meanwhile, I have been traveling and then trying to get my feet under me professionally. It has lead to some interesting trials [but] . . . she has never wavered in standing by me, and I knew that I could make the proposal perfect for her, so I went for it. I reached out to all the music groups at USC, and landed in the capable hands of the A Capella community . . . The hardest part ended up being keeping all of the coordinating and practicing I was doing a secret from her, but I was able to get all the way to the event without blowing it. The night of, with a knot in my stomach, sweating hands and a dry throat, they called us up onto the stage, and the rest is history."

Watch the video now to see the moving musical proposal:

Image Source: How He Asked
Viral VideosWeddingProposal
Around The Web