Darkness is the next heart-pounding romantic suspense novel from bestselling author Karen Robards. The story follows renowned ornithologist Dr. Gina Sullivan, who thinks she's nabbed the opportunity of a lifetime — the chance to attend a research trip with a group of academics on the remote island of Attu, AK. But when the trip turns sinister — and deadly — Gina will find herself encountering James "Cal" Callahan, a man with a secret past who literally falls from the sky and into Gina's waiting boat. Gina knows she needs to protect herself from Cal — and whoever it is who downed his plane — but what happens when sparks start to fly between them, and she begins finding him harder and harder to resist? 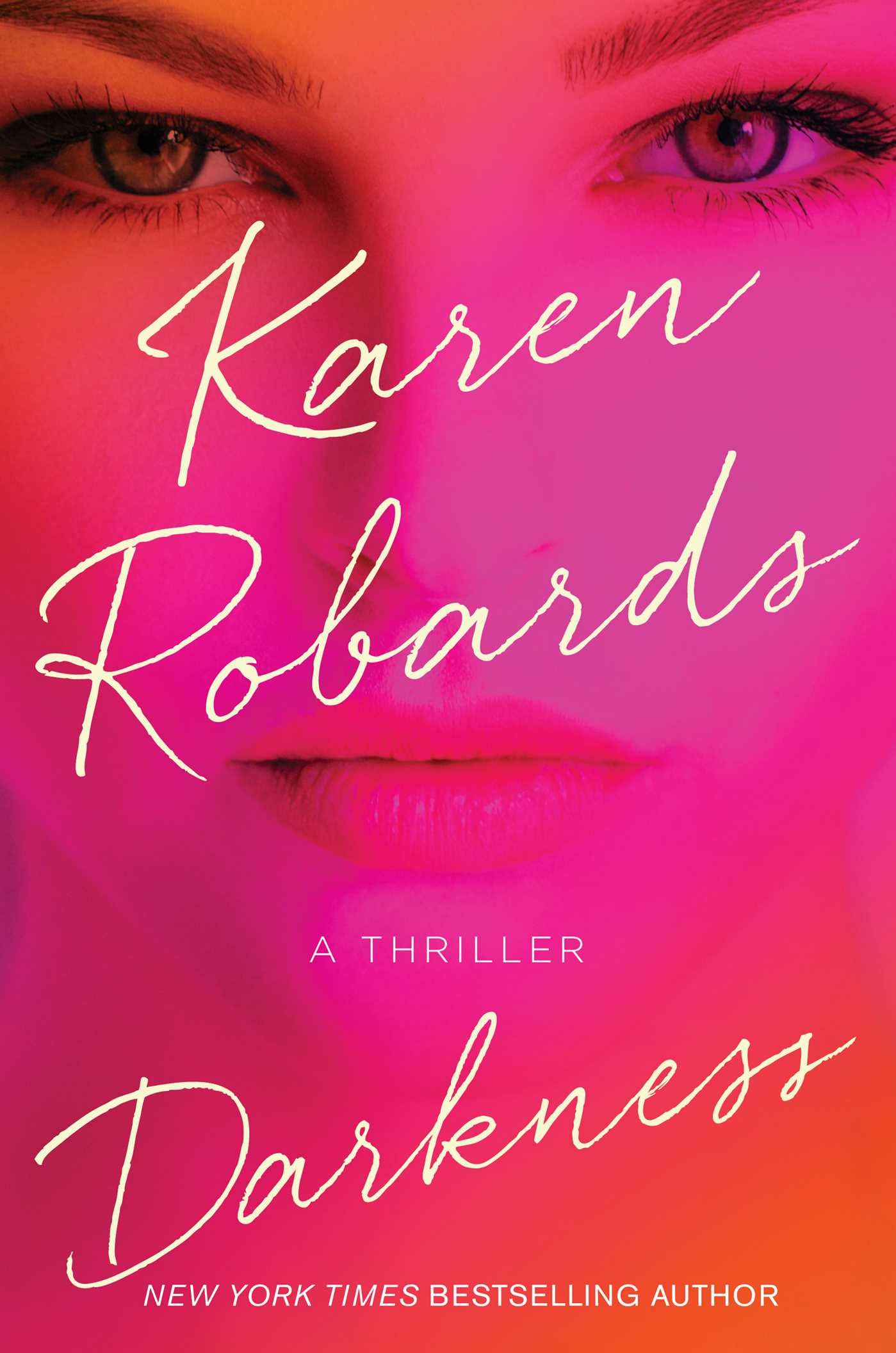 "I want you." He growled it into her ear.

Oh, God, she wanted him, too. So badly that she was ready to tear off her clothes and lie down right there on the floor of the cave and—

His mouth crawled down the smooth column of her neck. The warm, firm pressure of his lips and the wet slide of his tongue felt incredible. He caressed her breasts like he owned them, like they were his to do with as he pleased. The heat and hardness of his hand made her arch up against him, made her clutch his shoulders and breathe like she'd been running for miles, made her go all light-headed and melty inside. She knew where he was headed: he'd shoved her shirt and bra up so that her breasts were bared to him. His hand shifted to cup her breast, to hold it ready for his mouth. Her nipple was tight and eager as it waited to feel his lips, his tongue. The mere thought of it turned her insides to jelly.

He would kiss her breasts and then he would—

"You're beautiful." His voice was hoarse. His eyes glittered at her like black diamonds.

Too turned on to answer, she murmured something wordless by way of a reply and watched him unashamedly. He'd shucked his boots and unfastened his belt buckle while he was looking at her, and the tiny sound his zipper made as he lowered it made her quake.

Then he was shedding his pants, and she saw that he was, indeed, as huge and hard as he'd felt.

Her heart pounded as if she'd been running for miles.

"Oh, my," she breathed, and as he saw what she was looking at, a corner of his mouth ticked up in the briefest of smiles.

He leaned toward her, kissed her with a naked hunger that made her go up in flames, and bore her back down into their makeshift bed, his hands all over her, his big body pressing her down. When he had her wild for him, when she was moving beneath him and moaning and so hot, so ready, that she thought if he didn't come into her right that very minute she would lose her mind, his mouth left hers and his body shifted. Opening her eyes, she murmured, "Cal," and clutched at him in protest.

That's when he kissed his way down her body to the cleft between her legs, and pressed his mouth to her and licked her and did other thrilling, secret things.

She was still shaking, still shuddering, still gasping for breath, when he levered his big body on top of her and pushed himself inside her so fiercely that she cried out. He was hard and hot and filled her to capacity and then some. He took her with a single-minded ferocity that had her quaking and burning and wanting again, and she did the only thing she could do: wrapped her arms around his neck and her legs around his waist and held on. It was the most erotic experience of her life, and the end, when it came, was so hot and intense that she thought she would die right there and then from the sheer explosive pleasure of it.

Get Darkness, and check out more great content on XOXO After Dark: