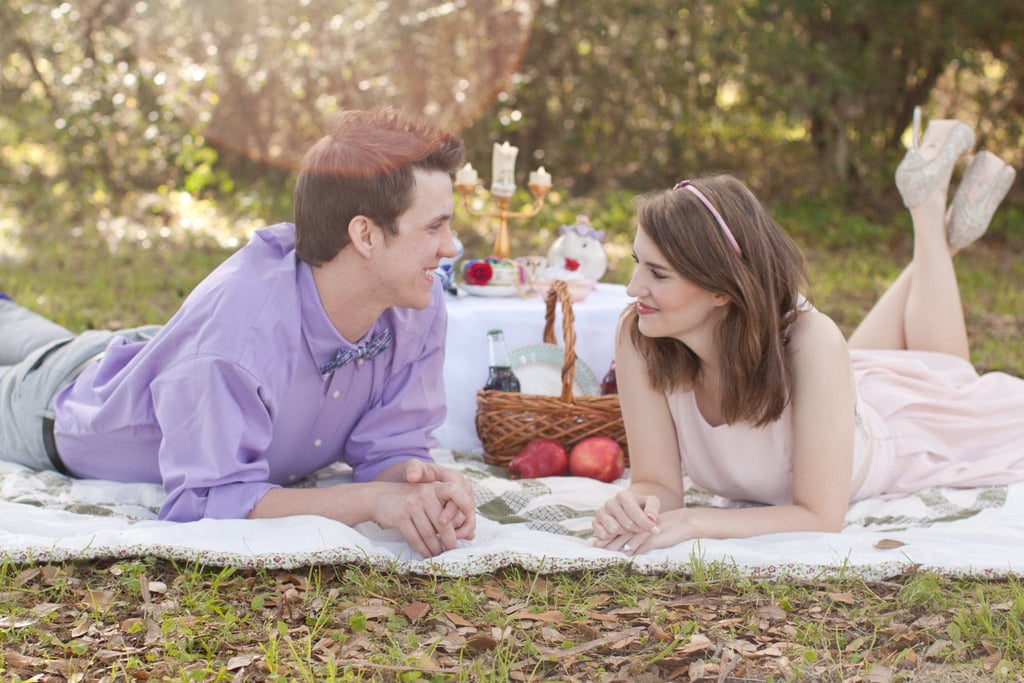 This Disney Engagement Session Is Nothing Short of Magical

Couple Ty and Ashley are big fans of Disney. So big, in fact, that Ty proposed to Ashley at Disneyland near the Sleeping Beauty Castle.

"While he was busy popping the question, another park-goer noticed that Alice and The Mad Hatter were watching the engagement unfold and snapped a photo," the photographer said. "Later on, the photo-snapper, with the help of the Instagram community, found them and shared the photo . . . which they, of course, adore!"

The couple had a strong vision for their engagement photos, which were inspired by Up.

"It's hard not to love the story of Carl and Ellie, but they also wanted to include elements from some other Disney movies," the photographer said. "Ashley had a light-up Lumiere, as well as a Mrs. Potts and Chip figurine, which will also be present at their wedding. We brainstormed locations and decided on one of my favorite places to photograph — Brazos Bend State Park in Needville, TX. With a list of the props we had come up with to use, I created a storyboard to outline their Disney session."

Ashley and Ty's session was more of an "engagement adventure," the photographer said. The crew wove a story through several Disney animated favorites, paying homage in the details, which were taken from Up, Tangled, Beauty and the Beast, Cinderella, The Princess and the Frog, Snow White, and Alice in Wonderland!

"Some of the touches — like the Beauty and the Beast figurines and soda pop pins reminiscent of those from Up — are very obvious, but some are more subtle," the photographer said. "To reference The Princess and the Frog, we included a tiny silver frog figurine and Mardi Gras beads. For Snow White, we included apples in the picnic scene and captured Ashley's gorgeous pear diamond on one of the apples. Of course, we had to include something Alice in Wonderland-inspired, so Ashley brought a vintage copy of the book and we incorporated a tea cup, red roses, and a clock. For Cinderella, we included spools of thread and a needle."

According to the photographer, the alarm clock and key actually reference both Cinderella and Alice in Wonderland.

"In the picnic scene, the clock is set to midnight, while in the Alice scene it is set to 12:25 (the time the White Rabbit had the clock set to in the animated movie)," she said. "Of course, our Tangled inspiration is full of colorful flowers, a lantern, and a frying pan!"

Ty and Ashley will take their vows in Houston this Fall, and they'll be incorporating Disney themes into their wedding decor. We can only assume it will be as magical as this engagement session — perhaps even more so. See the enchanting photos ahead!