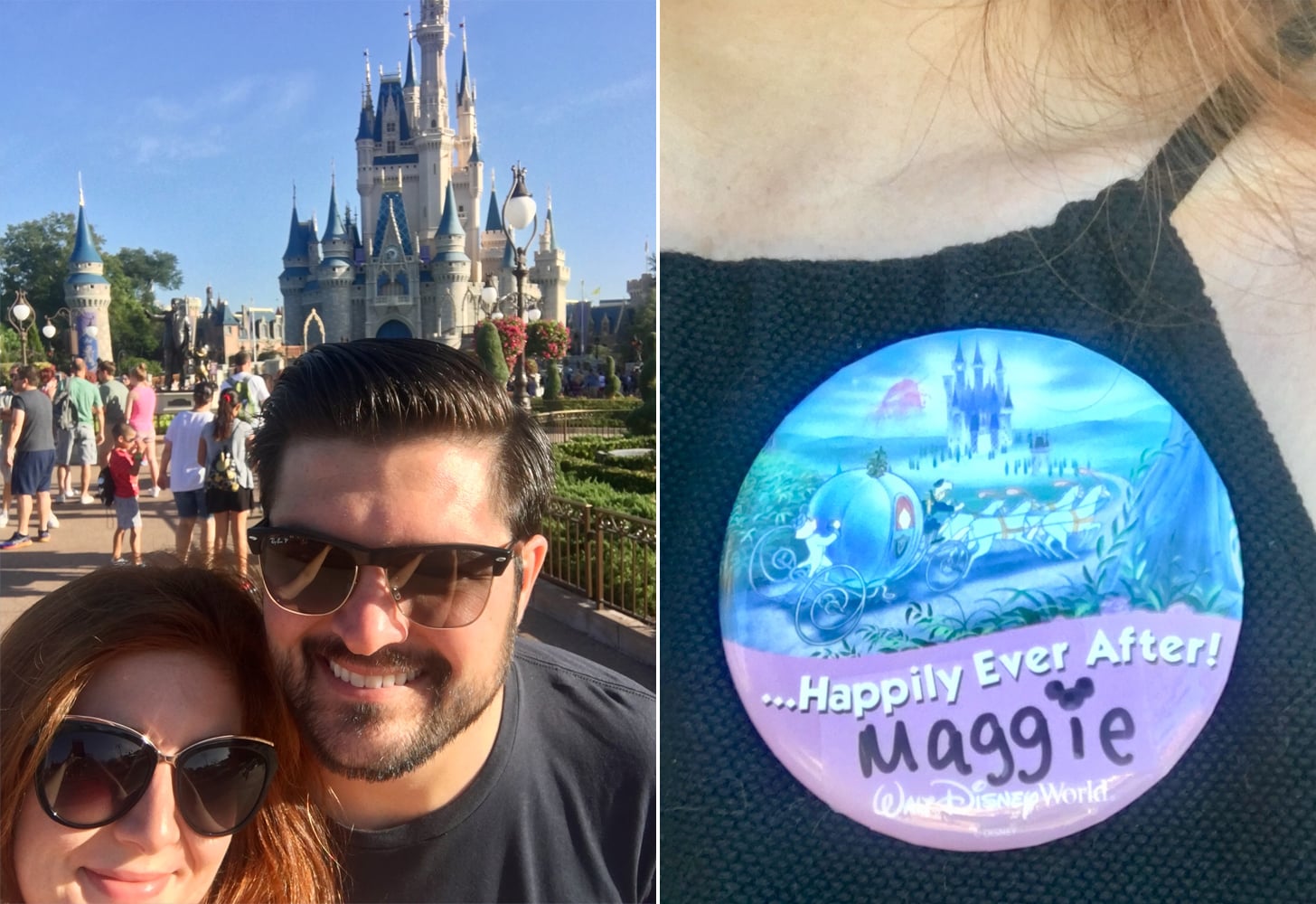 When I was a little girl, I dreamed of going to Disney World on my honeymoon; the thrill of the rides, the themed breakfasts, the quaint American comfort of Main Street — what could be better?

Then I grew up and was like, "LOL WHO GOES TO DISNEY WORLD ON THEIR HONEYMOON?"

Well, apparently my husband and I do. The fact that we got to go on a honeymoon at all is a true luxury, but that fact aside, we were having a lot of trouble deciding where to go. We have two very different vacation styles: Blake likes to do things, and I don't. Blake wants to explore and have "experiences." I want to sleep, eat, and then fall asleep again while getting a massage. We needed to find a location that would accommodate both his interests and my lack of interests.

We thought about Hawaii. We live in the San Francisco Bay Area, and it's only a convenient five-hour plane ride to paradise. But then I thought about all the couples I'd seen on their honeymoons in Hawaii; they all looked burned out (literally, the sun is very hot there) and bored, sitting across from each other at the breakfast buffet with nothing to say to each other. I also know myself well enough to know that I would want to do approximately nothing in Hawaii, and Blake would want to do everything — we'd never see each other.

Then someone floated the idea of Disney World. The 6-year-old inside of me perked up, thoughts of Dole Whip and the Dumbo ride dancing in my head. But that's not romantic, is it? I brought it up to Blake, who was just excited that I was excited. While neither of us is fanatical about Disney, we both had really great memories of going to the parks with our families. The sight of Cinderella's castle fills me with joy, and Blake would, without exaggeration, go on Star Tours repetitively for eight hours. It just sounded . . . fun.

The magic started the minute we checked into our hotel. I told them ahead of time that we would be newlyweds, so we were greeted with "Happily Ever After" pins at the desk and chocolate-covered strawberries in our room. (My brother also called ahead to get a picture of our cat in a special Disney frame placed on our desk, which was weird but also very us.) Our balcony overlooked the green mass of Disney's Orlando estate, and come 9 p.m., we marveled at the fireworks going off in the distance — at three separate parks. It was f*cking beautiful. 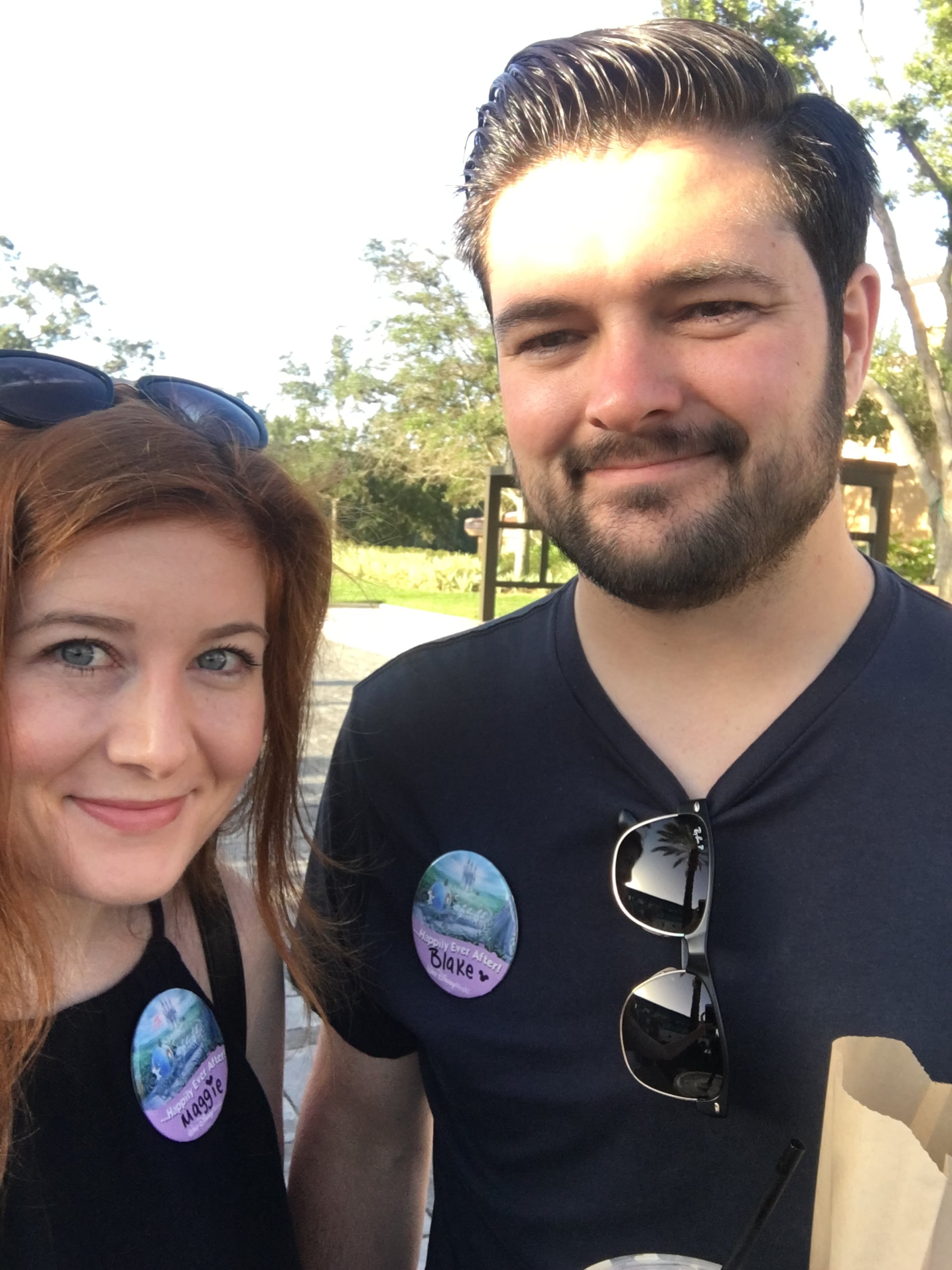 Theoretically, the idea of waking up at 7:30 a.m. on vacation is laughable to me. But we were at Disney World, so every night is like Christmas Eve. The planner in me had already scheduled us three FastPasses a day (plus a few dinner reservations), so we had a loose framework for the week. We ambitiously planned for The Magic Kingdom, Epcot, Hollywood Studios, and Animal Kingdom.

Those "Happily Ever After" pins I mentioned signal to every person working in the parks that you are celebrating either your honeymoon or your anniversary. Every time we passed someone, they would smile and say, "Congratulations!" It's like being a low-key celebrity all day.

I didn't even think about how exhausted I was after the whirlwind of the wedding, because we were having such a great time. We darted around the different lands, we ate sweet treats in the afternoon (this became a daily tradition), and honestly, we had the best time just watching all the other people. Judging is my favorite sport, and there's no better place to do it than an amusement park.

The most important thing we did, however, was nothing. There were a couple days where we dramatically overestimated our energy levels. We would get to a park in the morning to see them drop the rope, then by 4 p.m. we'd ditch our dinner reservations to go back to the hotel. We blocked off a whole day to eat our way around the world at Epcot but gave up after gelato in France. We ate so much at Sunday brunch that when we went back to our hotel room to get our stuff to head out to the Animal Kingdom, we fell asleep and never left the resort. 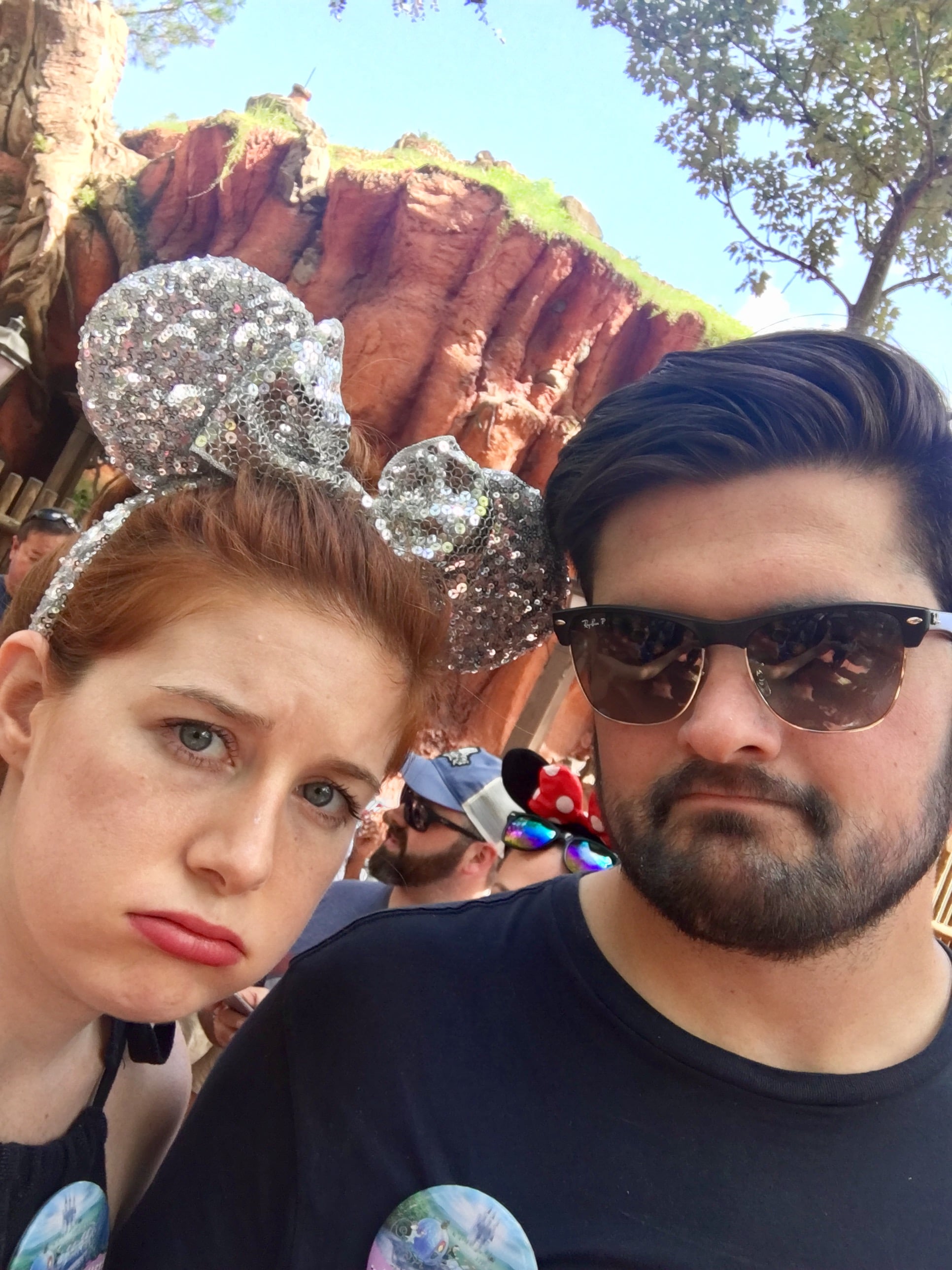 In addition to the impromptu naps, we scheduled time to relax. I knew when I signed up for this that I would need to balance the manic energy of the parks somehow, so we did. I booked a spa afternoon, we played a full game of rummy on the balcony, we got room service. One morning, Blake went to Animal Kingdom and waited in line for the new Avatar ride for two hours and I slept in. We were able to accommodate for both of our vacation styles, it just took some compromising.

While Disney World may not be as traditionally romantic as Hawaii, we realized that we're not really that couple. We don't get dolled up to lie by the pool, nor do we want to sensually eat caviar in complete silence. We want to make fun of people in line for the Jungle Cruise. We want to consume doughnuts until we feel vastly unattractive then fall asleep in the midafternoon.

The idea that your honeymoon needs to be some big sexy trip with candlelit baths and rose petals is frankly kind of silly. Your honeymoon is about regrouping after your wedding. It's your time to talk about all the hilarious, infuriating, and emotional things that happened during your ceremony and reception. It's about connecting with each other and looking forward to the life that awaits you together. And we got to do all of that . . . while waiting in line for our second go-around on Star Tours.

Animated Movies
Pixar's Luca Is a Sweet Summer Flick, but Here's What to Know Before Watching With Kids
by Alessia Santoro 8 hours ago

Disney Junior
Mickey and Friends Are Going to Be in a New Disney Junior Series: Mickey Mouse Funhouse!
by Alessia Santoro 2 days ago