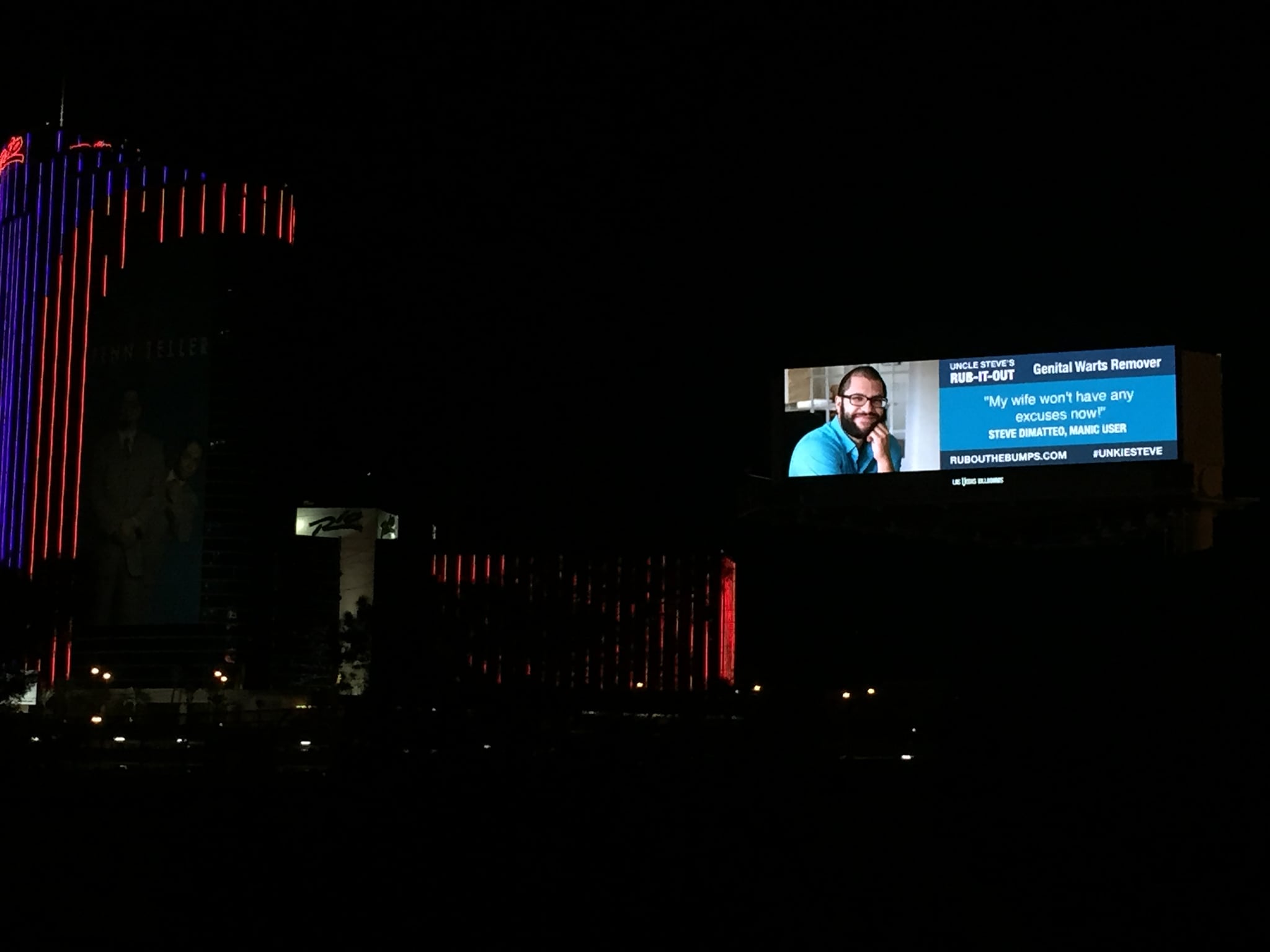 Just a couple of guys, heading to Las Vegas for a bachelor party, making fake billboards about genital wart cream — you know, the norm. At least it was the norm for one group of friends, who decided to pull the ultimate prank on their soon-to-be-married friend during his bachelor party in Vegas. They managed to create a completely believable billboard for a genital wart cream called Uncle Steve's Rub-It-Out, and they made sure to include the quote, "My wife won't have any excuses now!"

As you can imagine, Steve was pretty shocked:

The best part? The guys even created a fully developed website for Rub-It-Out, ruboutthebumps.com, which I strongly urge you to check out. The site advertises the product as "the hardest working genital wart remover on the market" that "keeps fighting those pesky warts with every application," and the company is conveniently located at 199 Wart Free Way in Cleveland. Need immediate assistance for your warts? Just call the hotline 888-Sans-Bumps!

For the record, Steve is totally cool with it and says he had the best timer ever, prank included. "I truly have the greatest friends in the world. Thanks guys!" he wrote on his Facebook page. Friends everywhere, take note! 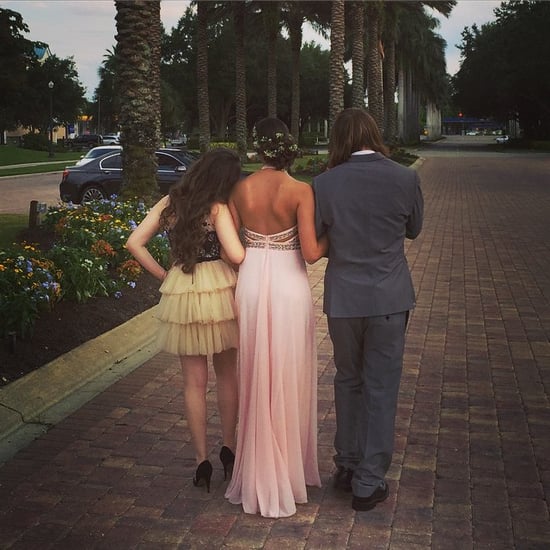 Friendship
My Best Friend Asked Me to Be Her Maid of Honor From Across the Country, but It Was Still So Special
by Charisandra Perez 2 weeks ago

Friendship
I'm Social Distancing With My Ex, and This Is What It's Like
by Lexi Inks 3 weeks ago