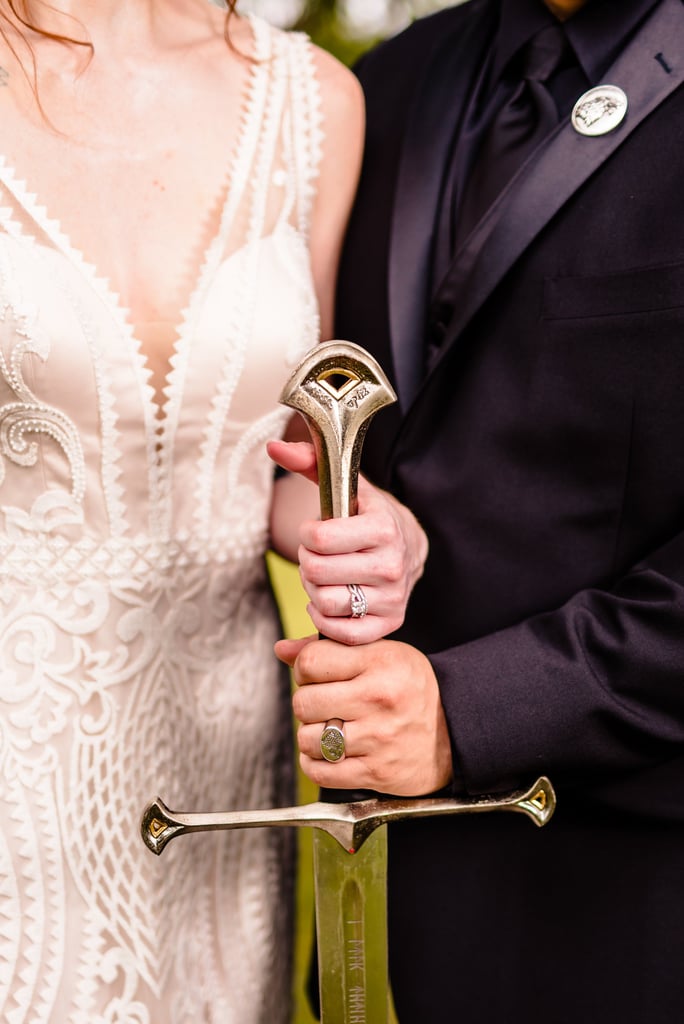 If You Ship Jon Snow and Ygritte, Then You Will Love This Styled Wedding Shoot

It is undeniable that Jon Snow and Ygritte have sizzling chemistry on the silver screen — perhaps because actors Kit Harington and Rose Leslie are a couple in real life. However, in true Game of Thrones fashion, Ygritte was killed off and died in Jon Snow's arms, which was possibly one of the most heartbreaking deaths in a show that is notorious for killing off beloved characters. If you ever wondered what would have happened if the two characters had gotten married, then this styled wedding shoot by photographer Elyssa Kivus is right up your alley!

"Inspired by the real-life love story of Kit Harington and Rose Leslie, we styled a wedding for an alternative Game of Thrones universe where Ygritte and Jon Snow make it to the altar. We even had a snuggly 'direwolf' jump in for some photos," said Elyssa about the styled shoot that took place at The Longhouse. The photos look spectacular and are full of references to the iconic franchise. The decor is absolutely stunning and looks like something right out of the Game of Thrones set, with silver goblets and large metallic candle stands that add to the medieval charm. They even had a three-tiered cake that featured a red dragon and a direwolf, which alludes to House Stark. Keep reading to see the outcome of this wonderful shoot, and keep an eye out for more Game of Thrones references.

Related:
You'll Be Starry-Eyed Over This 1920s-Inspired Wedding — Complete With Showstopping Gown!
Previous Next Start Slideshow
Game Of ThronesWeddingTVWedding Themes