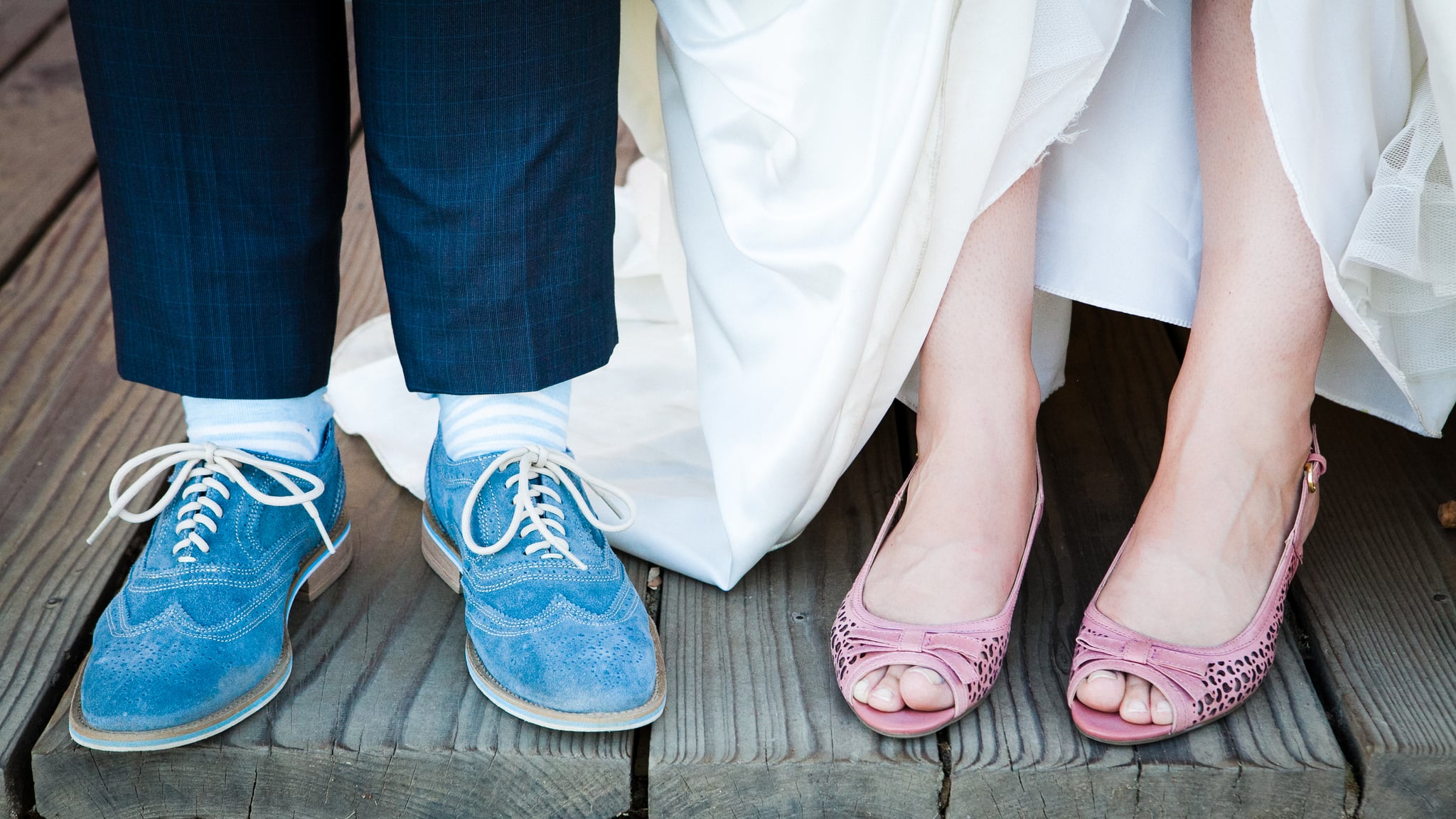 A wedding is a wedding. The only difference between gay ones and straight ones is what the officiant pronounces you at the end of the ceremony. Right?

OK, so that's like 80 percent true. As my fiancée (now wife) and I learned while planning our wedding alongside our good (and straight) friends marrying the weekend after us, the issues were the same: When are RSVPs due? What can we get for favors? Speakers cost how much? But in a few situations, being gay can tack a few extra items onto your to-do list, or at least some considerations.

I'm going to share a few of the things you don't have to worry about — and, of course, those that you do — as a gay couple planning your big day. Here's how it was both the same as and different than planning a straight one.

Finding a venue: After coming this close to putting a deposit down on a place we discovered didn't allow gay weddings at all, my fiancée and I were pretty heartbroken and a bit shell-shocked to boot. So don't get your heart set too soon, and research mindfully — consider finding a local gay-friendly venue database. Nothing beats having an event coordinator who's almost as excited about the Prop 8 ruling as you were.

Picking titles: Mr. and Mr.? Ms. and Mrs.? Who's the bride — anyone? People won't know what to call you unless you tell them, so particularly with photographer contracts and other wedding paperwork, you'll need to at least have agreed upon something for official documentation. Even if you don't feel strongly about it, have an answer ready so you don't leave anyone guessing, feeling awkward, or — worse — offending someone else.

Dealing with drama: Unfortunately, there are still plenty of people against same-sex marriage. Recognize that the topic is sensitive for some, and don't expect it, but at least prepare yourself for negative feedback. It only took one uncle's call about my sinful ways to dampen my excitement and cause a rift among family. Lean on your support group: my fiancée and I had 109 incredibly loving people attend our wedding, and they are all OK with ignoring the naysayers. Allow yourself to be the bigger person, accept others' perceptions of you, and enjoy what you have.

Choosing your traditions: Just like your brother and sister-in-law got to walk down the aisle — together — to "Take Me Out to the Ball Game," you can do whatever you want for your big day! Have both your dads walk you down the aisle, let Doctor Who inspire your outfits, or even invite your officiant to stand alongside a baby elephant, like my gay acquaintances did for their Thai destination ceremony. It's your day, so plan whatever tickles your fancy.

Applying for a license: In the 13 states where gay marriage is legal, applying for a marriage license is as easy as a Google search and an afternoon appointment. Check your local jurisdiction for more filing rules, but the process is the same for all couples (just remember to have those titles ready!).

Having fun: OK, this one's a given, but nothing about who you choose to love will dictate how awesome planning your big day is. So just sit back, relax, enjoy as many free cake samples as you can, and organize yourself one heck of a dance party.

Wedding
Still Wanting to Celebrate Their Special Day, This Couple Eloped and Live-Streamed It
by Lauren Harano 6 hours ago

Staying Home
These Pride Zoom Backgrounds Are Fun, Free, and Ready For a Celebration
by Haley Lyndes 1 day ago