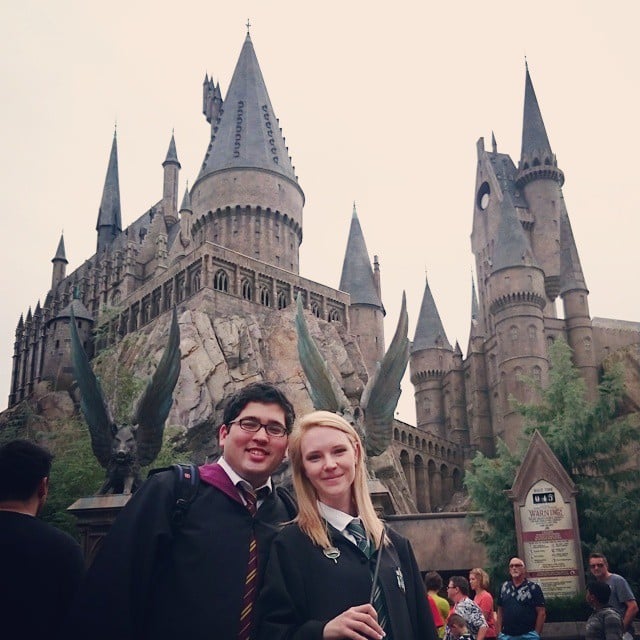 We've seen some pretty creative proposal ideas, but none pull at the heartstrings of our Harry Potter-loving hearts like what a Houston man did for his girlfriend. Samuel Goetsch planned out the perfect Potterhead proposal, traveling with his girlfriend, Stephanie Dodd, from Texas to Surbiton station in southwest London — a place where a memorable scene from Harry Potter and the Half-Blood Prince occurs.

In the film, Dumbledore and Harry set off from the London station in the Muggle world to visit Horace Slughorn in hopes of persuading him to return to Hogwarts to teach. "My son wanted to ask Stephanie to marry him there because the scene in the movie is all about new beginnings," said Stephen Goetsch, Samuel's father, who lives in Surrey.

Dodd, a devout Harry Potter fan, had no idea what her boyfriend had planned and was also completely unaware when his plans went a bit awry. Due to unexpected train cancellations, Goetsch and his father scrambled to find a way to get the two lovebirds down to the platform for the proposal. With a bit of quick thinking (and possibly a little magic), Goetsch pulled off the proposal with a Harry Potter book and ring in hand. Mischief managed!