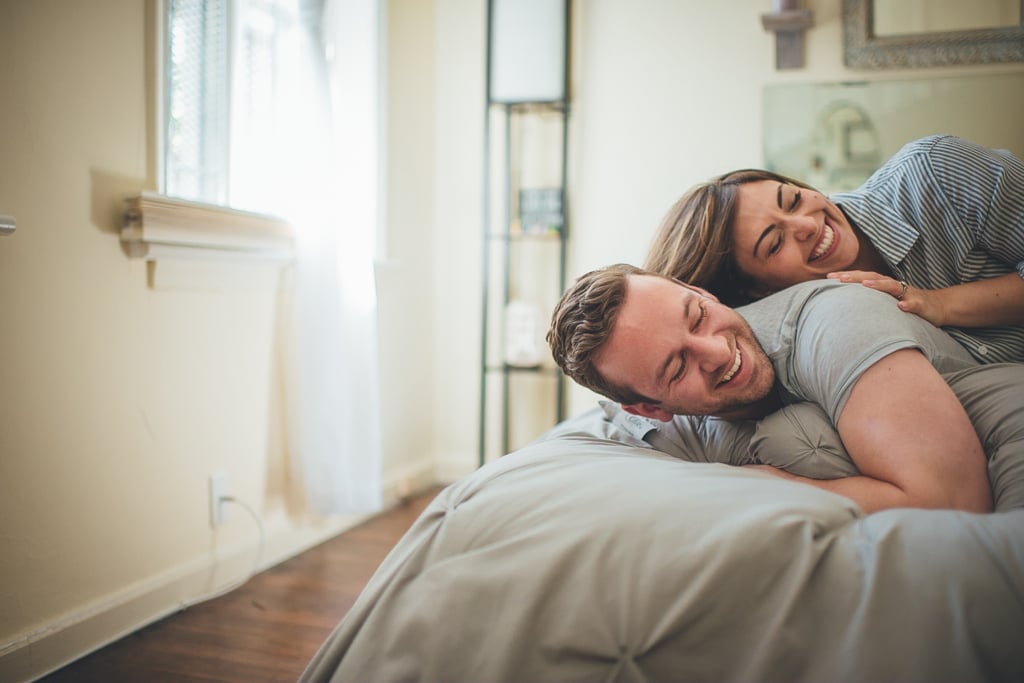 Engagement photos don't have to be taken at elaborate locations. Castles and enchanting forests do make for gorgeous backdrops, but sometimes the comfort of your home is more than enough — Jasmine and Devin's lifestyle engagement shoot is picture-perfect proof.

"When we first began talking about an engagement session, I asked, 'What places are important to you two?' Without missing a beat, they said their home, favorite coffee shop, and the places they frequent in their neighborhood," said their photographer, Zachary Glenn. "Having a connection to not only one another, but also the backdrop for your photos gives that extra meaning which makes them that much more special when you look back."

Jasmine and Devin began their session on a sunny May morning in their charming row house. The two came together through Tinder — they both moved to DC from Florida three years ago and noticed how many mutual friends they shared on the app. They even knew each others' closest friends in college, where they both attended without crossing paths. On St. Patrick's Day, a year after swiping, Jasmine and Devin finally met and have been a couple ever since.

The morning of their anniversary, the plan was to hike the Billy Goat Trail, where Devin was going to propose. But it was cold and windy, and Jasmine was reluctant to go when they woke up. Devin convinced her to, and at the end of their hike, they reached the top of a big rock that overlooked the town below. "I was ready to move on but Devin stopped me and said 'I like this rock,'" Jasmine told the photographer. "I was totally weirded out and wondered how long we were going to stand there for when he asked me if I wanted my anniversary present, and got down on one knee." Jasmine's close friend, who is also a freelance photographer, followed the couple during their hike and ended up capturing the entire thing!

Take a look at how their sweet engagement photos turned out ahead.