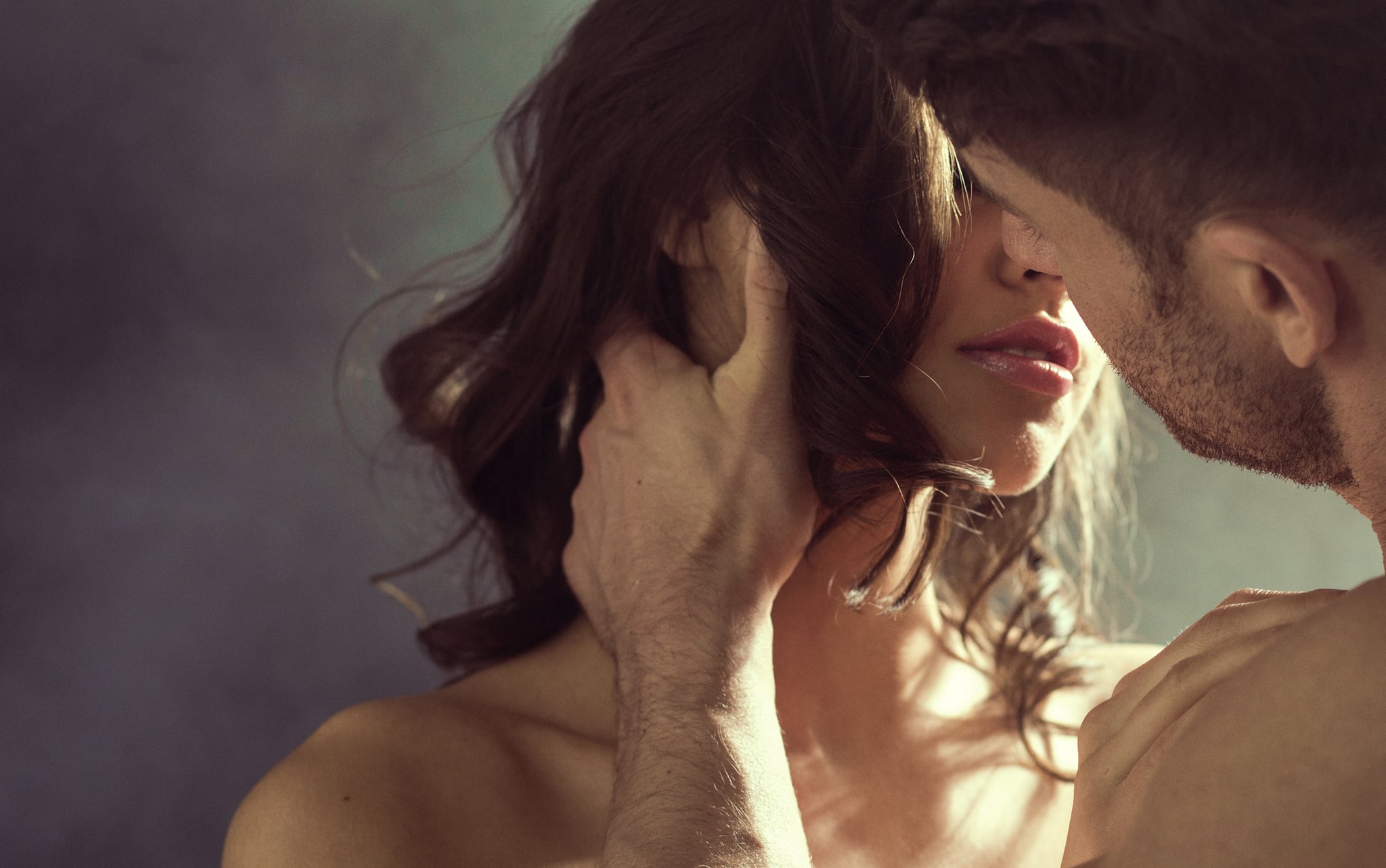 I was once a little girl too with little girl dreams. I wasn't always a sex-positive, independent diva of the highest order. I just happened to have some divergent imprinting at an early age that suggested that the traditional family dynamic (married to a dude with 2.5 children, a dog, and a white picket fence) wasn't quite the path for me.

You see, straight missionary has never worked for yours truly. I wanted it to. Heaven help me, I did. I wanted to believe that one person would ring my bell forever and ever amen, but it quite literally hasn't happened yet.

And at age 35, after a great amount of living, I don't expect it to.

Whenever I attempt to deviate from my normal (being engaged in an open relationship, swinging, and polyamory, with space for kink and fetish play) the associated people pleasing and ignoring my own needs backfires in my face. I don't represent authentically. My writing suffers. My livingness is forfeited. I have to shut down parts of myself that rallied for visibility and were ultimately victorious already. I wind up fighting old wars and that's just plain-old boring.

I've always been a bit of a rebel with a healthy respect for authority. A bit of a dichotomy. I believe that you need to know what you're up against before you defy it. You need to understand its psychology.

So I gave vanilla it's shot at age 30. You can't be an out-of-the-box freak, was my thinking.

I went back to all of the things I was taught growing up in the Midwest. I sought to digest some concepts perpetuated by the media, the church, and state. I returned to my roots just to see what would happen if I played by the rules and did what was suggested.

You don't just forget experiences like that in an effort to blend in or to more fully grasp the vanilla experience. I started to feel the vital parts of me dying.

As a bona fide sexual freak, all I required was a like-minded community to sign off on my authenticity. When that happened, I began to appreciate myself a bit more. I gave myself the credit I deserved as someone who had figured out what worked for them and didn't seek to oppress or harm others with my thinking.

My husband and I began swinging in September of 2014 by pure accident. My Playboy Radio show did a promotion at the local sex club here in Columbus, OH, and had a blast doing so. The people were so laid-back, honest, and surprisingly hot. Everything I had heard about swingers to date was inaccurate (that they were old, overweight, and uneducated). The people we interacted with were lawyers and dentists, ex-Marines and venture capitalists; they were high achievers with about 10 percent body fat, who approached sex in a much more adventurous, lighthearted manner.

When I shared my dissatisfaction with all things vanilla, the Ohio swingers were responsive and kind. We were very much welcomed with open arms and began attending local events — parties, hotel takeovers, and other happenings. We met up regularly with like-minded couples and I engaged in a great deal of action with other women while my husband sat back, had drinks with the male counterparts, and spectated. We joined a website that catered to swingers and helped link us to other individuals in different geographic areas. Things picked up for us in a big way. Our experiences were illuminating and proved that the paradigm we had stuck to our first few years of marriage — to adhere to one another like rubber cement and to be everything to each other, no matter what — that this paradigm was exhausting to other people too and could be transformed into something more sustainable.

My friend, Dr. Zoe, has a way of framing monogamy that makes sense to me. She defines monogamy as something that exists on a spectrum. Everyone is at a different point on the scale from totally monogamous to entirely nonmonogamous. I tend to gravitate toward the nonmonogamous side of things, as does my partner. Dr. Zoe's assertion is that the more successful relationships in the world are predicated on an honest assessment of where you are at on this spectrum and partnering with someone at a similar place. When truly monogamous people partner with those who are fundamentally nonmonogamous, trouble brews. Both partners are unsatisfied. Issues like dishonesty and people pleasing crop up and people start to get pissed off and act out.This is when people start cheating, start withholding sex, have emotional affairs and "work husbands," and wind up sleeping in separate bedrooms.

Things started making more sense for us when we accepted who we were fundamentally as individuals and who we were in relationship with one another. This is not to say that it was smooth sailing, in the slightest, however. There was a great deal of backlash from our respective families many of whom "tuned in" to my blog and show for the well-documented journey.

My husband wound up succumbing to the pressure to conform and sought to end the marriage. I was devastated but stuck to my path of individuating sexually and had quite a few adventures over a five-month period. He tuned into most of them, identified with them profoundly, and ultimately told his religiously oppressive family to eff off. I don't want to speak for him as his process is different from mine but will say that he is in the midst of building a larger container to hold his sexual identity than the one he was born into. His experience is not unique as I have done the same thing and now mentor others similarly as they move in ways that are more suited to their individual tastes.

You see, the key for me has always been community. That group of like-minded others who love you until you are more capable of loving yourself. Who accept you fully, kinks and all, and aren't looking to minimize your experiences or blend you in with the rest of the herd. When I work with someone on sexually individuating, I initially refer them to a website like FetLife and encourage them to build a profile and identity things that stimulate them. Anything can be considered a kink from high heels to oral sex to full-on "furry" parties. I love to turn people on to their kinks and fets, get them exploring and curious, and then introduce them to their communities where there is large-scale acceptance and healing. I take the BDSM'ers to dungeons, the aforementioned furries to furry gatherings, and exhibitionists to group sex events. I show them that there is value in exploration, that there is fun to be had, that life isn't a vale of tears and torment; that it is quite possible to transition into what you are drawn to without fear of persecution.

These days I challenge the witch burners openly. Call me a slut, a whore, a former stripper, a worthless c*nt and watch me embrace that terminology. Words don't frighten me. I've been all of those things and thrived despite. I'm complex. I'm female. I don't balk at opportunities to explore my fundamental nature and what interests me. I also happen to have multiple degrees, pay my taxes regularly, am a licensed psychotherapist who doesn't believe in traditional psychotherapy, a mother to two, a wife, an author, a world traveler, and amateur iPhone pornographer when I have the time. I'm part of a group of highly visible, slutty women who seek to enlarge their perspectives rather than diminish them. I've sexually individuated in the Bible Belt and survived. I'm not afraid of sh*t.

At present, my husband and I are back in the swinger's scene while at the same time exploring polyamory. I have been seeing a woman for about three months and feel very bonded to her as I receive different things from her emotionally and physically than I do from my husband. We've had threesomes with my husband but the dynamic remains one in which I am stretched between two primary partners — one male and one female. I never thought of myself as someone with much to offer one partner, let alone two, but am now realizing how far I've travelled on this road toward being true to what works for me. I've blossomed. I have a lot to offer. I feel a great deal of love in my life.

I also have f*ck buddies. Friends with benefits. These are short, fun encounters and remind me to take myself a little less seriously. My primary partners have the same. We return to one another refreshed, rejuvenated, and tend not to take things for granted. My life exists in an open relationship with what is available to me, most of the time. This doesn't mean I'm not discriminating. I remain an educated, discerning woman who is also bisexual and polyamorous. I am a lot of things. I push boundaries. I am part of a growing community and proud of it.