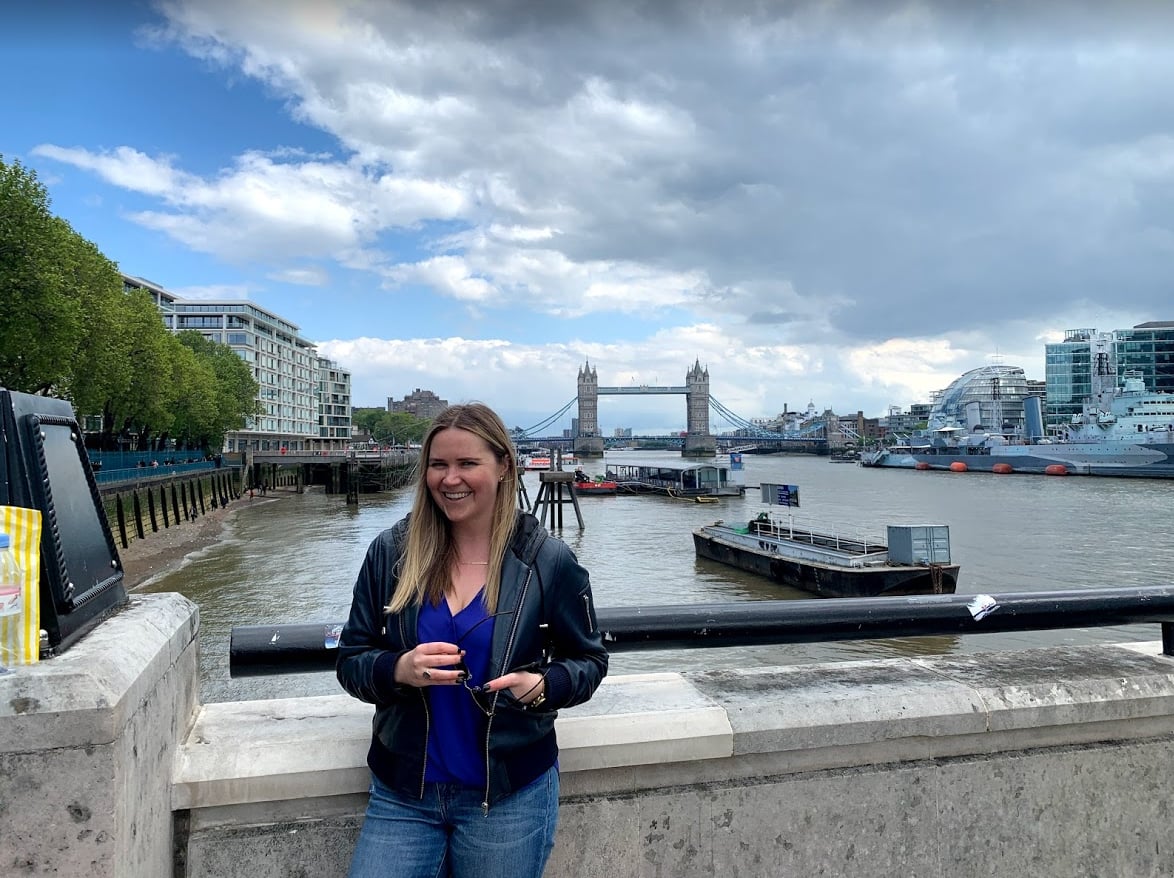 Dating when you're new in town can be intimidating. Whether you're traveling solo and want to meet a local or you're moving to a new city and curious about the dating scene, your answer may be in Tinder Passport. Available with paid versions of the app like Tinder Plus or Tinder Gold, Tinder Passport effectively works like a teleportation tool, allowing you to swipe in another location before you get there. But does it actually work, and do folks get wind of your dating witchcraft? To find out, I tried it out in three cities — San Francisco, New York, and London — and here's how it worked for me.

Once I was courageous enough to put myself in a new place and be open to new opportunities, I met a handful of incredible people and one I'm still in touch with over flirtatious text.

I began using the service when I moved from San Francisco to New York earlier this year and attempted to tackle a personal challenge of going on 30 dates in 30 days. I quickly found that swiping before arrival is key in order to have something to do within your first few days in a new city. The trick to keeping my dates from realizing I wasn't actually in New York yet was a carefully crafted bio. I simply said, "Brand new to NYC from CA. Please send hot toddy." It gave enough context to explain why I didn't understand neighborhood shorthand like UES (Upper East Side) but not enough to give away that I was setting up these dates while still in San Francisco's mild fog. So, I landed in NYC on a Sunday and went on my first date later that evening. It was rushed, I was tired, jet-lagged, and frankly, a little emotional, so I'm not shocked there was no second date, but I was grateful for the pipeline of candidates I'd built.

A few months into my life in New York, I was getting a little homesick. I was going on dates, I'd made a few friends, and my job was going well, but I still didn't understand proper footwear for the snow and missed those easy breezy dates I used to have with folks in my city by the bay. I decided to flip my Tinder Passport back to SF and see what I was missing on my home coast. I adjusted my bio to something that didn't reference my location and began chatting with a few matches back in California. The conversations were nice. I missed talking tech and surfing instead of pretending I understood how finance worked. When a few of my California matches offered to meet up, I decided it was time for a quick trip home. We had a few drinks and great conversations, and I genuinely enjoyed the time spent, but it was simply for nostalgia's sake, not long term. People deal with homesickness in different ways, and for me, this was a nice way to relive some of what I missed about the town I knew so well.

Back in New York, I decided to turn up the heat. A few weeks after my SF adventure, I booked a flight to London and a chic hotel in the East End, changed my location, and set my bio to "Based in NYC but on a personal mission to find the best food and drink spots in Shoreditch." Call it a healthy British skepticism or perhaps it was my more transparent bio, but the blokes across the pond weren't as keen to have a date with someone who was just passing through town. It's a good thing I had a chance to swipe in advance because it took a couple weeks to have enough healthy conversations to yield a number of dates to keep me busy for four days in the UK. I ended up having a ball.

Related:
Watch Out For These Signs That Someone on a Dating App Is Married or Taken

I'd never traveled alone internationally before, but I found that identifying things I wanted to do first, then finding dates who wanted to do them with me was a recipe for success. Once I started talking to someone and had a sense of their interests, I'd say something like, "I'm desperate to check out the Natural History Museum," and I'd usually get a taker. If I didn't, I'd go by myself, and managing those expectations was half the battle. It was so much fun going on dates either with myself or a friendly stranger in a place that held so many of my interests. My Natural History Museum date was, in fact, the best one. This Hugh Grant from Notting Hill meets Ross Geller from Friends walked me through the entire museum and named nearly every dinosaur from memory. He also gave me a tour of the Tower of London and an in-depth historical lesson about Mary, Queen of Scots. I loved it. It was so empowering to learn that as long as I was clear about what I wanted from my dating experiences, I'd connect with someone who was as into it as I was.

Another of my most memorable experiences was going to see Les Misérables with a handsome gentleman who sheepishly admitted how much he loved theater when I mentioned the option. Once I was courageous enough to put myself in a new place and be open to new opportunities, I met a handful of incredible people and one I'm still in touch with over flirtatious text. I don't imagine we have a realistic future together, but the experience reminded me that life is short, and dating pools are plentiful. Go out and do exactly what you want to do — I bet there's someone out there interested in joining you.