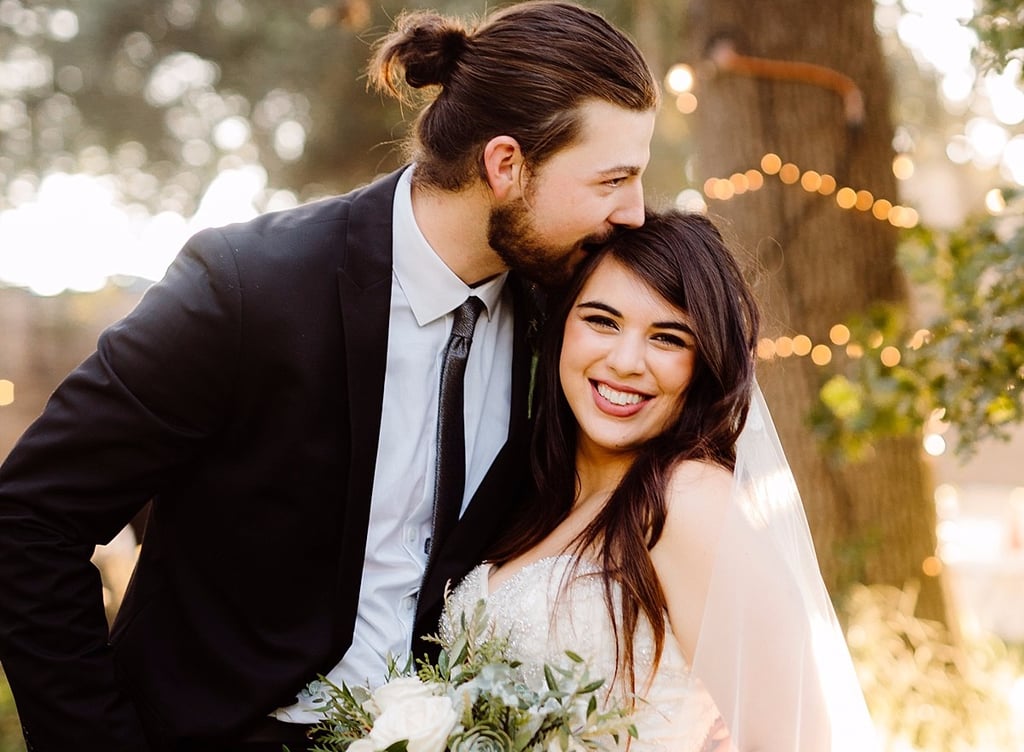 Although Liz and Beau met at youth group in junior high, they didn't begin dating until later in life when they reconnected. On Feb. 13, after officially one year of dating, Beau took Liz to Yosemite to celebrate their anniversary. When they stopped to look at the water directly beneath them, he asked, "Are you ready?" Confused by the question, Liz asked, "For what?," and that's when Beau pulled out the ring to pop the question.

Six months later, the couple got married at a private residence in Modesto, CA, where they had an intimate outdoor reception. The groom was overcome with emotion when seeing his beautiful bride walk down the aisle. It was the sweetest reaction!

See their photos ahead.

Related:
The Groom's Tearful Reaction to Seeing His Bride Is the Absolute Sweetest
Previous Next Start Slideshow
WeddingReal Weddings