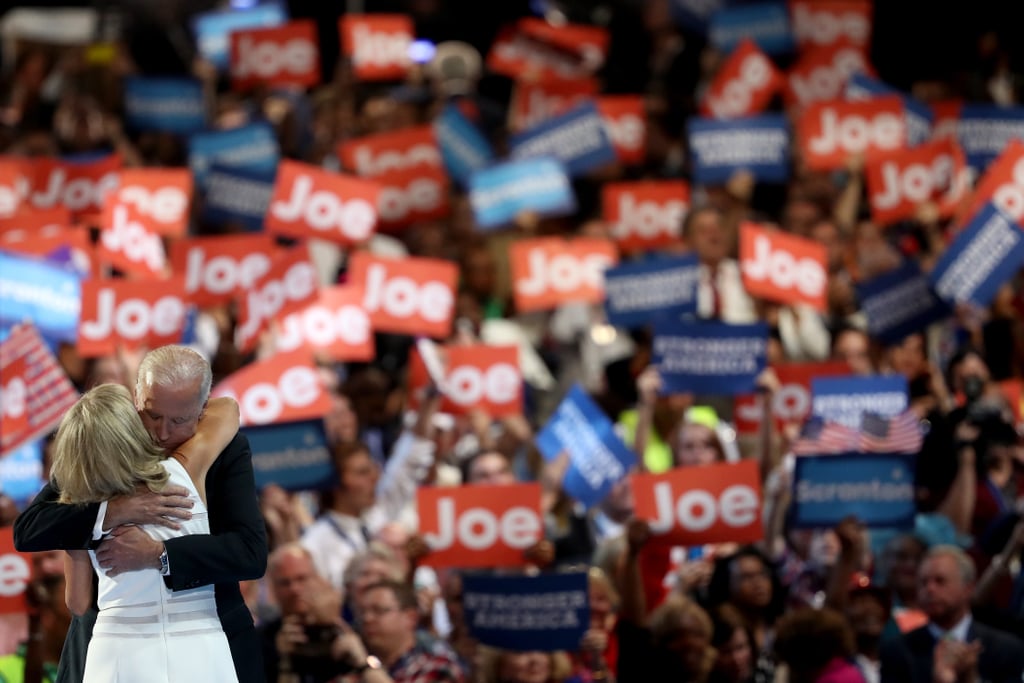 Joe Biden, the Democratic party's 2020 presidential nominee, was President Barack Obama's right-hand man while he served his eight-year term as vice president. While the two were a strong political pair, Biden has had another person by his side for much longer: his wife of 43 years, Jill Biden.

Former second lady Dr. Jill Biden has stood by her husband's side, supporting Joe during his time as VP and beyond. And even after being married for more than four decades, the two still seem to have that special spark. The Bidens' solid relationship has allowed them to survive the pressures of politics as well as their own personal tragedies.

Joe and Jill's love has been in the spotlight over the years, including a notable moment at this year's Democratic National Convention. In Joe's introduction video, he stated that when he met Jill, he just knew. He was a 30-year-old single dad to two sons at the time and was already a widower after a traumatic car accident had taken the lives of his first wife and baby daughter five years prior. His brother told him he knew of a woman who would be a perfect fit for Joe, and even though he wasn't keen on the idea of dating, Joe gave it a shot. He called Jill that night and set up a date even though she already had a date with another man. Jill canceled her date and went out with Joe instead, and before she knew it, Joe was already asking her out for the next day. "She put us [Joe and his two sons] back together. She gave me back my life," he said. "She gave us back a family."

In honor of his 2020 race for the White House, we rounded up Joe and Jill's sweetest moments together over the years. Read ahead to see the presidential hopeful's marriage in photos, and make sure you're registered to vote!

Celebrity Couples
Is Giveon Single? Here's the Status of the "Heartbreak Anniversary" Singer's Dating Life
by Alicia Geigel 1 hour ago

Celebrity Instagrams
In Case You Forgot, Selling Sunset's Chrishell Stause and Jason Oppenheim Are Dating
by Monica Sisavat 6 days ago