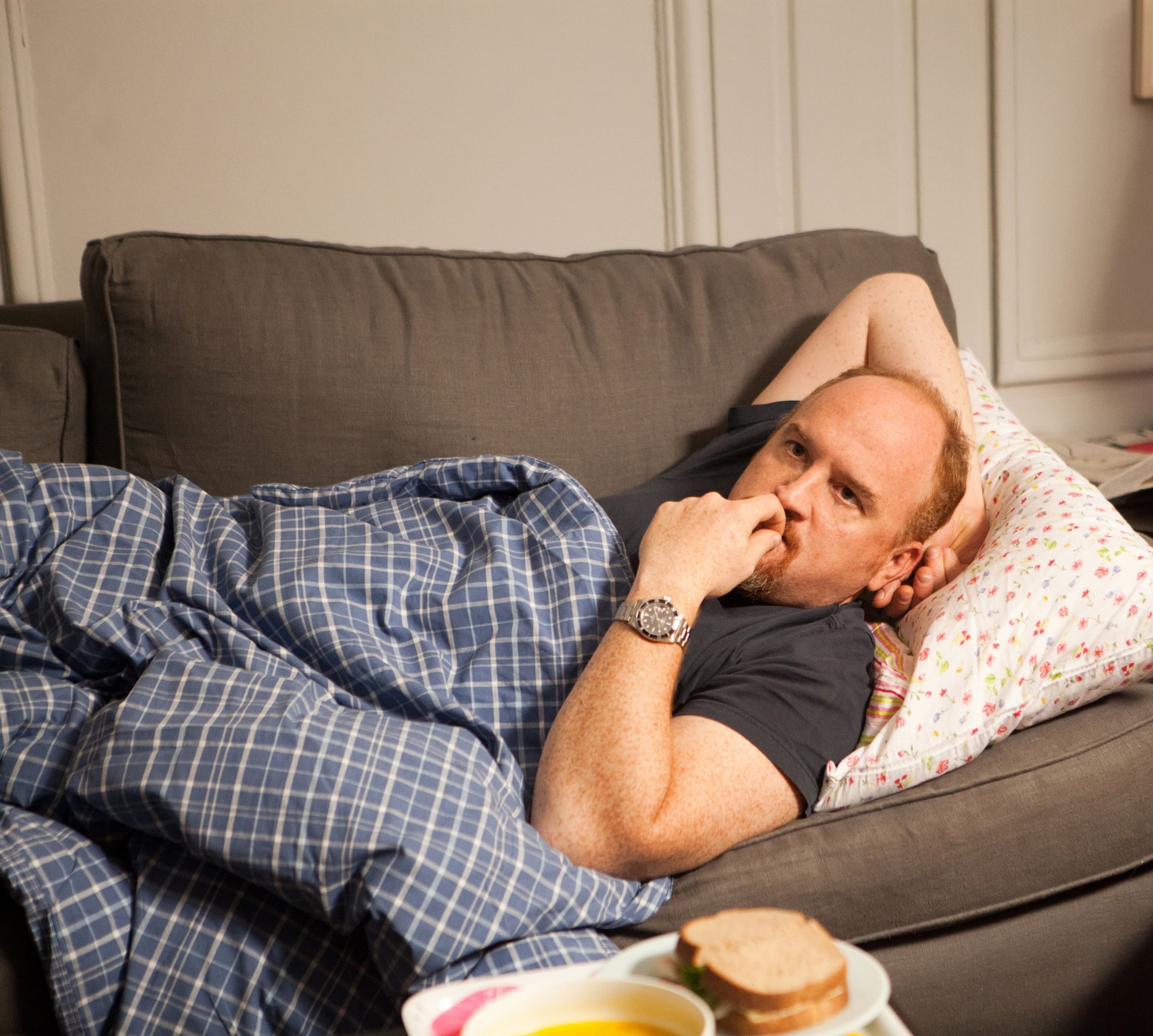 Louis C.K. loves being divorced, so he'd probably make the world's worst marriage counselor. Then again, the comedian's stand-up performances are loaded with relationship wisdom — on marriage, sex, the differences between the sexes, and why dating is a display of true courage. Below, I've rounded up some of my favorite (tough) love quotes from Louis C.K. on every stage of love and marriage.

Related:
Why My Divorce Made Me Happier

On Sex After Marriage

On Dating as an Act of Bravery

On Dating and Sex

On Being Single After Divorce

"The part that's difficult is being single, at 41, after 10 years of marriage and two kids. That's like having a bunch of money in a currency of a country that doesn't exist anymore."

"Someday, one of your friends is gonna get divorced, it's gonna happen, and they're gonna tell you. Don't go, 'ohhhh I'm sorry.' That's a stupid thing to say. First of all you're making 'em feel bad for being really happy, which isn't fair. And second of all: divorce is always good news. I know that sounds weird, but it's true, because no good marriage has ever ended in divorce. It's really that simple."

On Why Divorce Is Good

"I love being divorced. Every year has been better than the last. By the way, I'm not saying don't get married. If you meet somebody, fall in love and get married. Then get divorced. Because that's the best part. Divorce is forever! It really actually is. Marriage is for how long you can hack it. But divorce just gets stronger like a piece of oak. Nobody ever says 'oh, my divorce is falling apart, it's over, I can't take it.'"

"That must be weird for women that you don't know what kind of d*ck and balls you're gonna get until it's way too late. It's the last thing you see. And it doesn't seem fair. It should be the first thing you see. Every date should start with a guy taking it out and saying 'is this gonna be ok?' 'yeah that's fine that's gonna be worth my time. go ahead and put it away, we'll deal with it later.'"

"It's impossible for me to have any sympathy for single people. Whenever single people complain about anything, I really want them to just shut the f*ck up. . . . If you ask a single person how's it going, they're like, well, 'my girlfriend doesn't like the same music as me, and she acts bored at parties.' Well, f*cking call her, and say f*ck you, and hang up, and leave her! You can end that sh*t with a phone call!"