Romance sizzles in this Cinderella story set in Scotland, the first in a sparkling new spin-off series from New York Times bestselling author Karen Hawkins. Prince Alexsey Romanovin enjoys his carefree life, flirting — and more — with every lovely lady who crosses his path. But when the interfering Duchess Natasha decides it's time for her grandson to wed, Alexsey finds himself in Scotland, determined to foil her plans. Brainy, bookish, and bespectacled, Bronwyn Murdoch seems the perfect answer — she isn't at all to the Duchess's taste. Living at the beck and call of her ambitious stepmother and social butterfly stepsisters, Bronwyn has little time for a handsome flirt — no matter how intoxicating his kisses are.

Read the two excerpts below, and for more information on the fairy-tale romance, visit XOXO After Dark. 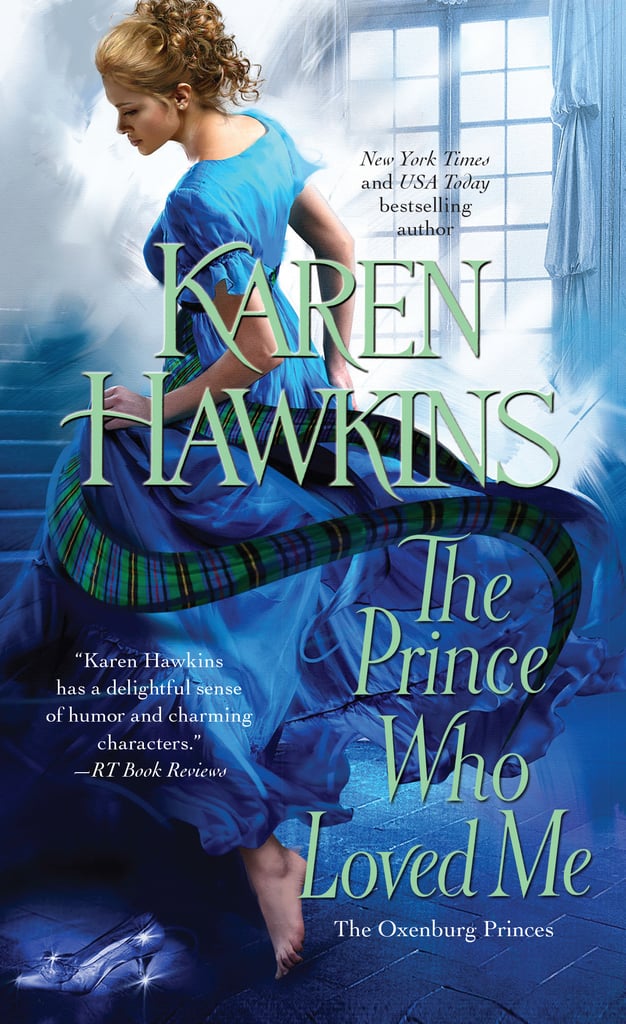 Alexsey returned to the book.

"'Ha!' Roland cried. 'You cannot mean it. I will prove your feelings, for I can see them in your eyes.'

Lucinda placed a gentle hand upon his cheek. 'I don't deserve your love. I've doubted you and more —'

Stilling her anguish, Roland placed his lips upon fair Lucinda's and kissed her with a chaste passion —"

Bronwyn had fallen into the story as his seductive voice rolled over the words, adding a depth that had her leaning forward in breathless hope. "Don't stop!"

But he snapped the book closed, his huge hand almost engulfing it. "I cannot continue. It is not a real kiss."

Her fists balled on her hips. "That is a perfectly good kiss."

"Nyet." He reached down, uncurled one of her fists, and placed the book in it. "There is no such thing as 'chaste passion.' If chaste is here." He held his hand far to one side. "Then passion is here." He held his other hand to the other side, as far away as he could. "When they come together —" He clapped his hands so loudly, it sounded like a thunderclap.

The three dogs looked up in surprise.

Bronwyn's fingers tightened on the book. "I think it's a perfectly good kiss." She'd reread it a dozen times; it was perfect, and she knew it.

There was a slight silence. "You've never been kissed."

"I—I—I—" Her face burned so hotly, she wondered her hair didn't catch afire. "Of course I've been kissed! Dozens of times. Now if you'll excuse me, I must go. Good day, sir." How dare he insult Roland's most romantic moment?

"You are angry I have ruined your story. I am sorry, but the truth is the truth." He took a step forward, his warm hand closing gently over her elbow.

A flash of tingling heat raced through her. She could easily have broken free had she wished, but there was something about the warmth of his skin on hers, something delicious and shiver-inducing.

Alexsey smiled, his firm lips drawing her gaze as he said in his whiskey-silk voice, "You need a kiss, a taste of true passion. Just enough so you will know why there is no such thing as chaste passion."

She blinked at him, unable to form a single thought.

His large, warm hand cupped her chin and tilted her face toward his. "I do this so you will know the difference between 'chaste' and 'passion.' All women should know that."

Then he captured her lips with his — and in that second, Bronwyn went from unkissed to kissed.

He rested his hand on her knee, his voice warm. "Enough about your sister. We have too little time, my sweet. Far too little."

Though there were layers of skirt and petticoats between his hand and her skin, the warmth and weight of his hand set off a reaction so strong, she nearly gasped. Her body had tightened, her skin prickled awake, and her breasts tingled as if aching for his touch. Good God, I'm lost.

He cupped her chin, turning her face toward his, then removed her spectacles and placed them on the side table. "I would see you without these."

Humor, passion, and intelligence shone in his eyes. His jaw bespoke a strong character, while the gentleness of his hands left her aching for more. There was so much about this man that she liked. He'd called the way her body reacted to his a spark; she'd call it an out-and-out fire.

She grasped his coat, leaned up, and kissed him.

Alexsey's large hands grasped her waist as he slid her into his lap without breaking the kiss, and she shivered and pressed against him.

This is it. This is what I want! Everywhere he touched, everywhere she wished him to touch, was aflame with longing and desire, answered need and unanswered yearning. She wound her arms about his neck, pressing her chest to his, trying to get closer.

His lips covered and offered, gave and took. Bronwyn shivered against him and offered herself without reservation.

Each kiss tantalized and teased, and washed away more and more of the haze the medicine held over her.

His caresses grew bolder, stronger, his hands moving over her back, her hips, to her breasts —

She gasped as his thumb found her nipple even through her gown and chemise, and she pressed her breast into his hand, wanting, needing —

His kiss turned fierce, letting her know that he, too, was aflame with need. She moaned against his mouth.

He broke the kiss to nuzzle her neck, his breath harsh. "Roza, Roza," he murmured, punctuating the words with kisses. "You feel so good. You belong in my arms."

She opened her eyes. She belonged in his arms? No, no, no. He was supposed to feel as if he belonged in her arms. Blast it, she'd forgotten her purpose once again.

How could she switch this, turn this into her win and not his? What had she learned in her books . . . ? Oh yes.

But would that really work? There was only one way to find out. "Alexsey?"

Aching with desire, he captured her hand and kissed the palm. "Yes, my sweet?" With her hair mussed about her face, her cheeks flushed from their kisses, and her eyes half closed, she looked like a woman who'd just been thoroughly loved. One day she will look this way because of me.

Sex
I Lost My Mom 2 Years Ago, and My Grief Killed My Sex Drive
by Adele Stewart 3 days ago