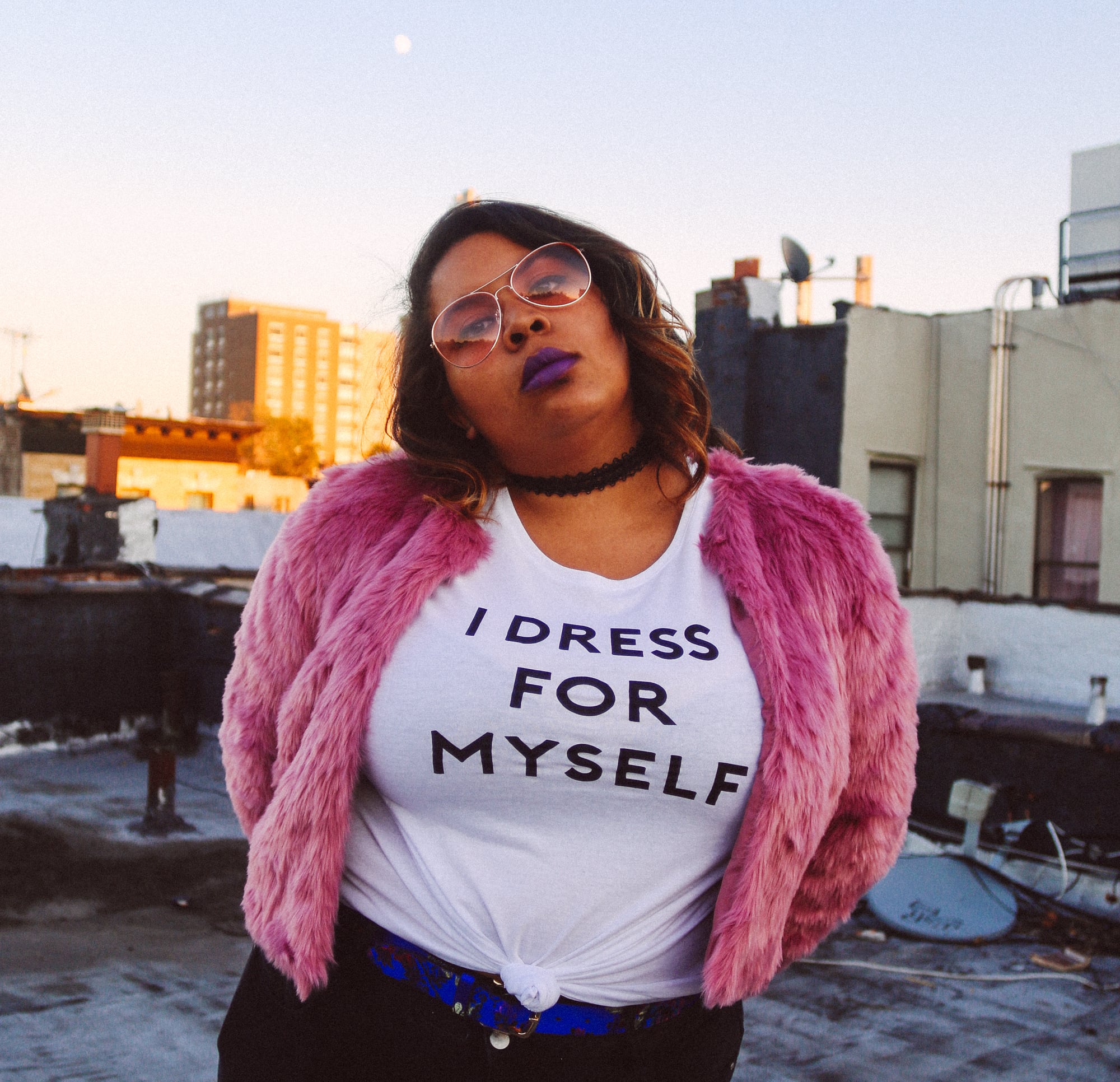 I am 100 percent here for the recent calling out of all horrible men who treat a woman as sexual objects against their consent. It's in trending feminist moments like these that it feels appropriate to join the conversation with stories of my own harassment and assault while traveling and just existing as a human woman.

Systematic oppression does not disappear overnight. Every time I see what's happening in the world and think to myself, "How can this still be happening in 2017?," it makes my brain hurt and spiral into a "What even is the purpose of humans on earth?" crisis. But the ignorant keep on running free with their ideals and the complicit allow it to happen.

Women are the ignored majority when it comes to people not realizing how badly we still have it in the modern world. While I still fight for justice based on the brown color of my skin, another daily battle of surviving as a woman takes place to an even further degree. I am not having racial slurs shouted at me as I walk the two blocks between my apartment and the subway; I am being spoken at like a lesser being because of my femaleness.

I am not what the media would consider "traditionally" pretty. I'm overweight, the opposite of photogenic, and have resting mean face. I am not fair-skinned nor do I have naturally straight, easily manageable hair. I try to dress fashionably, but most days I end up just wearing a t-shirt and jeans with minimal makeup of a simple cat-eye eyeliner flick I've mastered over the years. This is my average look, and it's just that: average. Despite this, I get catcalled every day, no matter what I'm wearing, even if it's just the baggiest clothes I own so I can drop off my laundry down the block and return to the safe haven of my apartment. I am never "asking for it."

I am never "asking for it."

And when I am traveling around the world, it seems sometimes that this unfortunate experience is intensified due to different cultures which have not yet seemed to find a way to give women a voice against these acts. However, even many of the Westernized places I assumed would be a bit more progressive have surprised me with the actions of the local men who violate a woman's sense of safety and autonomy. And these moments of harassment and assault have come in many different forms over my journeys abroad.

It came in the form of having a flight so delayed that I landed in Naples, Italy, and had to stay up in a train station overnight to catch the 6:45 a.m. departure to my intended destination. My lack of sleep led me to fall asleep on the train and wake up to the man next to me rubbing my thigh with a perverted look in his eye.

It came in the form of taking advantage of my nerdy, celebrity-obsessed youth by taking a bus to London in the cold of Winter and standing outside a cinema overnight so I could attend the premiere of the second Robert Downey Jr.-led Sherlock Holmes movie. As I stood there shivering in the freezing December weather with five layers of bulky coats on, I was assumed to be a prostitute by a man who kept begging me to name my price and also had my breasts violently grabbed by a random drunk passerby.

It came in the form of solo traveling in Paris and walking through the gigantic Père Lachaise Cemetery to find the grave of iconic writer Oscar Wilde and then going across the street to a small cafe to grab a bite to eat and decompress from the day. I walked to the nearest Metro stop and took the train to an entirely different part of the city and as I stepped back onto the platform, a man told me he had been watching me since the cemetery and wanted to know if he could buy me a drink (as if silently stalking me for the past two hours was something I would find chivalrous).

It came in the form of living in Los Angeles for a few months for internships and wanting to take advantage of what Hollywood had to offer and go out clubbing; of having a man come up to me and think it's hilarious to smack my breasts with a foam swim noodle and follow me around the venue to continuously laugh as he hit me — he was not even hindered as I grabbed it away from him and threw it aside and told him to leave me alone. Or even in the sleazy obvious way of an elderly gentleman in the "film biz" offering to give introduce me to connections in exchange for an "innocent" dinner date.

It came in the form of being extensively catcalled in Morocco to the point of it being hard to enjoy the beauty of the country without a constant yammering of men's voices in my ear making light of the aspects of my appearance they could isolate and squawk receptively at me.

It came in the form of sitting on a train in Sintra, Portugal, after a long day exploring the fairy-tale city and just wanting to get back to Lisbon when a man sat across from me and grabbed my bare legs. After begging him to leave me alone, he left for only a moment before coming back to keep pestering me. I stood up to leave and he grasped at my hips to try and hold me back.

It came in the form of eating dinner with my partner at a hole-in-the-wall taco place in Manhattan when a man came up to our table and got mere inches from my face, sang in my ear, and told me I was beautiful and to smile for him over and over. Silly me for thinking that having a male companion with me would stop men from getting all up in my business.

And it comes in the constant catcalling, attempted groping, and being told to "Smile, baby" that plagues every single day of my life whether I am walking around New York City or abroad somewhere. I've developed a form of PTSD as I walk the streets of the world, becoming suspicious of any man I pass, ready to wince at the disgusting words they say and attempt to ignore it as I continue walking. I do not want them to have the power they seek.

We need to talk about it more.

And we need to talk about it more. It's important to speak about what happens because many people do not believe how bad women have it on a daily basis. Sometimes our complaints are brushed off not out of malice, but because they don't also experience it. It's not like my boyfriend doesn't listen to me or have confidence in me when I tell him what I have to deal with each time I step out the door of my apartment, but he's not with me when it happens, so it's hard for him and many men to understand the extent to which it happens.

Women walk out into a world that lets us feel lesser for just existing in a female body. Believe the women who tell you what's happening. Don't make them feel like they're exaggerating or should feel lucky for having someone comment on their appearance. Stop making excuses for the behavior and check your privilege. Know that we're not humble-bragging when we say that we couldn't walk down the street without getting grossly hit on by a stranger. You don't live in the same reality as we do and all we want is someone to listen to our genuine complaints and frustrations about how we're treated and do better.

Things will take a while to change, and in the meantime, we free-spirited traveling women sadly may endure these hardships when we venture out to different countries, especially solo. And while I know I have no place to tell someone to push past it and immerse yourself in a new culture (because every woman has varying degrees of comfort when it comes to what level of harassment and assault they can handle based on past experiences in their lives), I take the approach for myself that no war has been won by staying home and not fighting.

No matter where you go, harassment will probably happen in some way, but with conversations arising around this subject and becoming a way to spark a discussion about the way women are treated — whether it be in the movie business by Hollywood executives, unfair practices in the workplace, horrifying acts of assault that end in much worse situations than I've ever known, or being grabbed on a train while on vacation — hopefully this is a way to explain some of our realities to the skeptics. Whether they listen or not, they will hear it because it's coming at them loud and vocally.