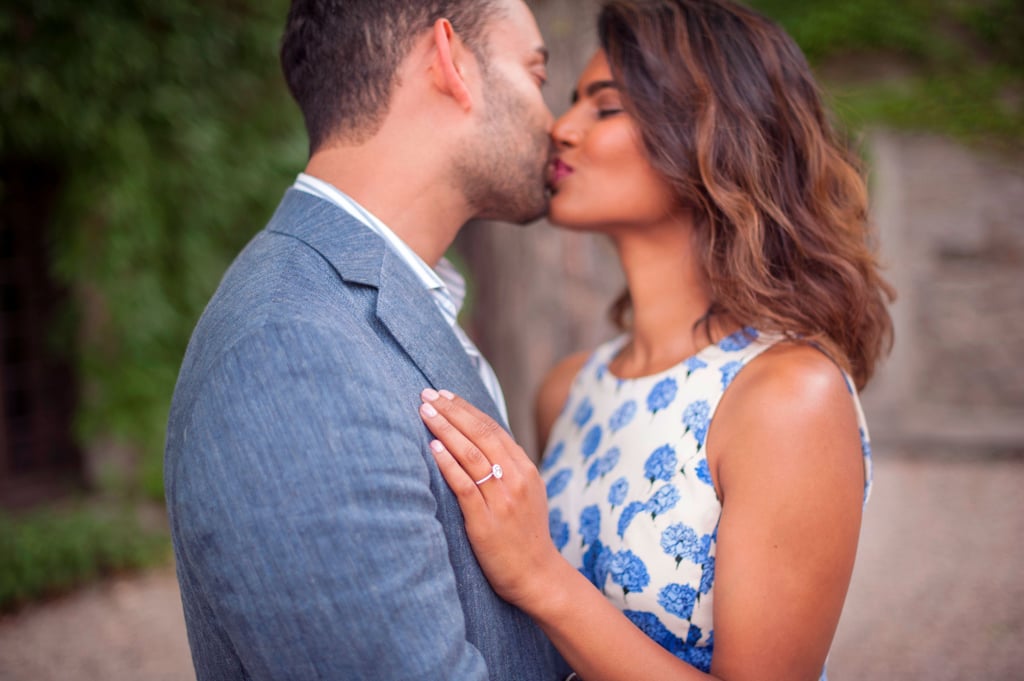 This Guy Planned a Surprise Proposal During Their Trip, and a Photographer Captured It All

What was thought to be another fun trip turned out to be the sweetest proposal. Alex had it all planned out in the US before his Summer trip to Montreal with the love of his life, Amrit. He had never even met the photographer, Lindsay Muciy, until the very moment, but they were able to conspire over email and text and pull it off seamlessly.

When we spoke to Alex, he shared that Amrit probably had some idea. "We were initially planning a trip to South Africa (where I was planning to propose), but we had to cancel it last-minute," he told us. "We had always wanted to visit Montreal, so I suggested we go there instead and I began planning how I would propose."

He chose a spot under a tree in the courtyard of an old restaurant where Lindsay and her assistant were waiting. But Alex started to get nervous when the clouds rolled in. Lindsay texted him saying she wanted to move the proposal time back half an hour to get the perfect light. So he made up an excuse, and the two got drinks before their "dinner reservation."

"Once we got to the courtyard and I walked to the spot under the tree, I could tell she knew something was up," Alex said. "But it was time to pop the question! After she said yes, we laughed and cried (even our photographer cried!) and then we took some more photos around the Old Town in Montreal. It was a great time and will definitely be a memory we'll have forever."

See her sweet reaction ahead!

Related:
This Couple Rode Off Into the Sunset on a Vespa in Their Adorable Engagement Shoot
Previous Next Start Slideshow
WeddingReal WeddingsEngagement
Around The Web

Wedding
This Couple Hiked a Mountain at Dawn For Their Elopement, and the Pictures Are Breathtaking
by Haley Lyndes 3 days ago