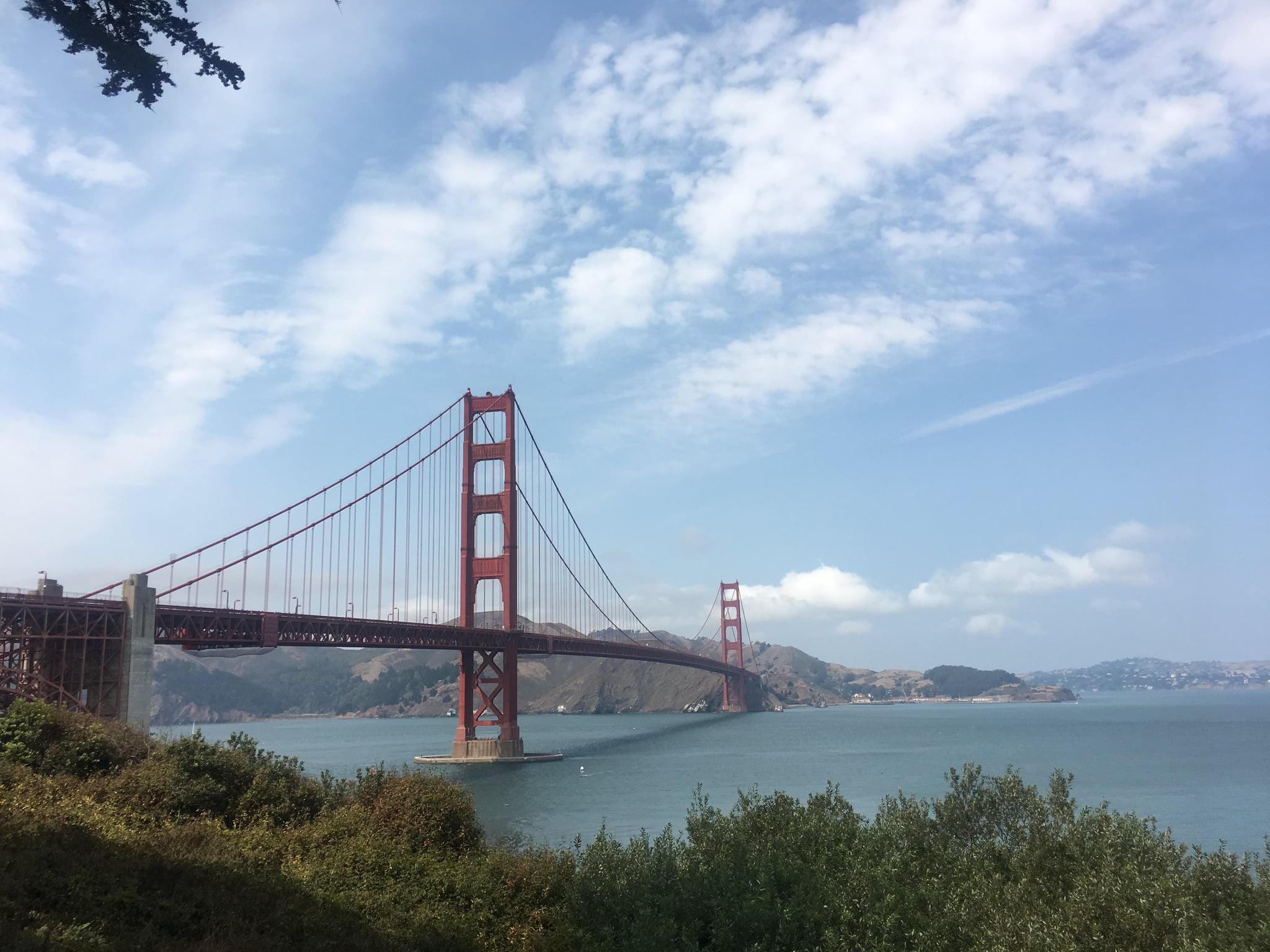 When I was first pitched on the idea of MissTravel — a dating site designed for singles to find travel partners (think Match.com with Caribbean getaways instead of dinner and drinks) — I thought, "This sounds like a ploy to get me into sex trafficking," not, "This is going to end with me dry heaving in front of a San Francisco strip club." But life is full of surprises, and evidently, so were the $2 tacos I'd purchased that night.

Let's start at the top.

After reading a piece I'd written about why women should "get on the plane," a PR representative for MissTravel slid into my inbox and asked if I'd be willing to apply this adventurous philosophy to my dating life (i.e. give a destination date through the site a try). A few cursory Google searches suggested that it was created for attractive women looking for sugar daddy vacation sponsors, and I was terrified. As someone whose default fears in virtually every situation are that I'll be murdered or sold into the sex trade, traveling with a sugar daddy seemed like a horrible idea . . .

But I'm not one to turn down a free trip or the chance at a crazy story. So with a push from my mom (of all people) and sister, I agreed to give it a go, sex trades be damned. And about a month later, I was boarding a flight to San Francisco and preparing to spend two days on the Golden Coast with a stranger. Because why the hell not?

Spoiler alert: I'm still alive, and it turned out to be a great call.

I lucked out in pretty much every sense. Not only was my travel date — we'll call him Josh — far from the 50-year-old in Boca I'd feared, but he was also a natural-born Instagram husband and down to keep things strictly platonic. Full disclosure: the PR firm covered both of our expenses (including separate hotel rooms), and I'd had a chance to chat with Josh in advance, so I knew from the get-go there was zero pressure to "earn my keep," so to speak. I was also pretty sure he wasn't a murderer . . . but like, not positive.

I checked into the hotel around 2 p.m., a few hours before Josh was set to land, on cloud f*cking nine. Free flight?! Free king-sized bed?! Free California sunshine and endless The Princess Diaries vibes?! Even if Josh was planning to murder me, it all seemed worthwhile. I wandered around Chinatown and North Beach for a spell, feeling like I could definitely get used to this travel blogger lifestyle, then met him for drinks at the hotel restaurant around 6 that evening.

Though I'd already spoken with Josh here and there, the socially anxious side of me was heavy breathing over my daiquiri. What if there was nothing to talk about? What if we had totally different travel styles? What if he was a Trump supporter or hated Beyoncé? After all, I couldn't escape this with a fake panicked phone call from a friend or a "work-related emergency" (my exit plans for bad Tinder dates in the past); I was stuck with this human for a full 48 hours. But I guess that's kind of the challenge of traveling with anyone, right? And again, I completely lucked out.

Conversation with Josh was easy, and the lulls were never awkward. He was cheerful, exceptionally friendly, and happy to pass chunks of time silently scrolling through his phone. Admittedly, our travel styles were fairly different (I'm more of a "let's wander down side streets and nap in the park!" kind of gal, while Josh was all about hitting the top attractions), but everything still felt fun and laid-back. We spent the first night strolling through Pier 39 and eating tacos in the Mission and day two snapping pictures across the city, from Alamo Square to Crissy Field. We decided to take a nap break that afternoon (thank goodness), and when Josh suggested we head to Land's End to watch the sunset later, I wasn't even afraid he'd push me off a cliff.

Post-sunset (well, fog — we were pretty much just looking at fog), we worked our way back to the Mission for more tacos and some Senegalese cuisine; that's when things got kind of weird. Or, as a friend of mine put it, took "the typical Genevieve twist." After plantains and drinks at Bissap Baobab, I grabbed two rice and bean tacos at a hole-in-the-wall taqueria and suggested we walk to a burlesque club about a mile up the road (I've always wanted to check out a burlesque show, and I figured San Francisco's would either be great or hilariously awful; Josh agreed). One very sketchy walk later, we'd arrived at Crazy Horse — which was pretty much just your typical, trashy strip club — and I started sweating, trying to keep those beans down.

"I don't feel so good," I told Josh, imagining myself vomiting in the strip club bathroom.

"Yeah, this place looks kind of dirty," he said.

"Do you want to just Uber back?"

Josh ordered a car as I burped on the street corner, thinking, "If he'd had any hopes tonight might take a romantic turn, I am definitely killing them right now." We rode back and parted ways in the elevator, and I wished Josh a good night before throwing up for a few hours in my room (how charming!).

Fortunately, I felt totally fine the next morning, and Josh didn't seem to resent the fact that my weak stomach had ruined his night out on the town. We grabbed brunch at Mama's on Washington Square (FYI: the cranberry orange french toast is well worth the wait), packed up our things, and headed to the airport. Both content, but neither of us feeling like we'd left our hearts in San Francisco.

Was our situation exceptional? Absolutely — it's hard not to have a good time when someone else is footing the bill. But I'd still say MissTravel epitomizes "high risk, high reward." Sure, there's a chance you'll jet off to an exotic location with a total dud, a cloud of awkward energy and differing expectations hanging over your entire trip. But there's also a chance you'll get to explore a new city with an even newer friend (maybe even lover?!) and cut some cab and dinner costs along the way.

While I wouldn't suggest joining the site in search of a free vacation — unless you're about that sugar baby life — I'd definitely recommend it to anyone looking for a travel buddy on their next adventure. If you can get past the "married but looking" fellows in South Beach, you might just find a diamond in the rough; a Josh in the sea of creepy, old businessmen.

Summer
I Quit Tanning at the Peak of Summer, and Learned to Love My Skin
by Izzie Deibe 7 hours ago