Have you ever wondered what went wrong with your relationship? Check out what Carrie Budd at YourTango has to say about it. 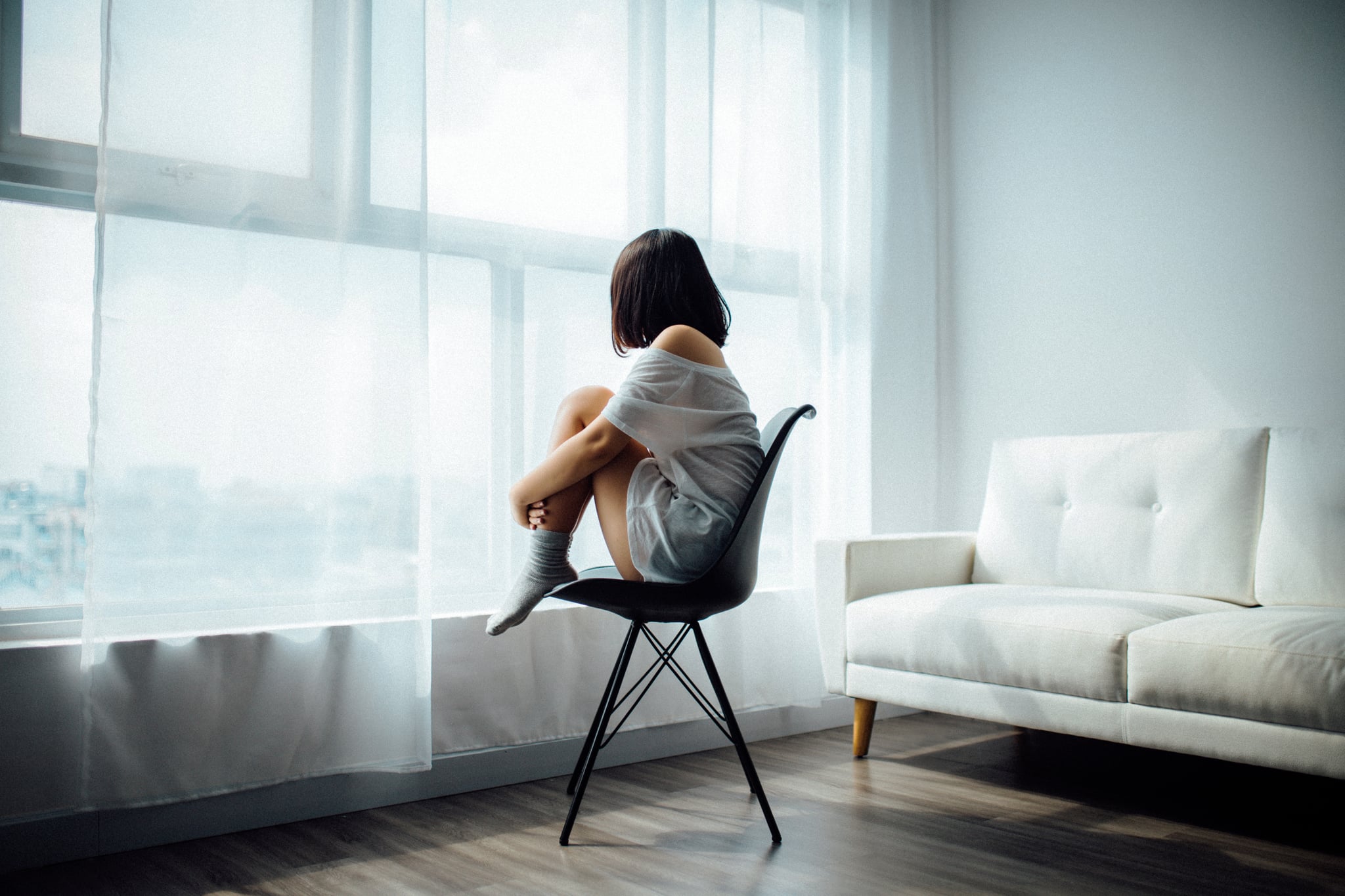 This may sound harsh, but it's best to just accept the truth.

Instead, I'm going to tell you that you shouldn't bother wasting your time and energy on trying to get him back.

Because the truth is, if he let you go, he simply did not love you.

We need to stop confusing love with passion. We think that having a kind of "animal magnetism" with someone equates to love, maybe even to being soulmates.

As women, we are predispositioned to connect those behaviors with love rather than lust. Lust is for one-night stands, not for the boyfriend who can't stand to be away from you for more than a day and who can't keep his hands off of you when he sees you, right?

I fell wickedly, insanely, and irrevocably head-over-heels in love with my ex-boyfriend (we'll call him... Dick).

When Dick broke up with me, I broke down. I became the crazy ex-girlfriend that I always thought I was incapable of being.

That is not who I am. I am the strong, independent type. Yet, there I was, acting like a foolish girl, hanging on his every text and making myself available in every possible way. Doing things for him when no one else would and still allowing him to treat me like complete and utter garbage.

I tried my damnedest to move on. Then either he would contact me or I'd contact him and we'd go through a spurt of a few weeks where we'd get along great. Then there would be an epic blowout where he would inevitably bring up old drama and we'd stop talking for a few weeks. Rinse, lather, repeat.

This continued for longer than I care to admit, until one day he just disappeared after claiming to forgive me and understand why I did some of the idiotic things I did post-break up.

We were talking regularly again, and he just disappeared without a word.

Turns out he even moved, apparently. When I finally did reach out, he stopped responding to my texts at all.

Looking back, I'm grateful for the last bit. That is when I realized my mistake. Dick was never in love with me. Sure, he told me he was and maybe he even believed that himself, but you don't just bail on someone you really love. You stick around and try to work your problems out. You don't put someone you love in a position to become the crazy, obsessive ex-girlfriend. If he ever really felt any type of love for me, he wouldn't have put me through that. We would have worked things out like mature adults.

The reason he gave for breaking up with me was lame as hell and I'm not going to get into all of it.

The point is, Dick left because he didn't love me.

Had he just admitted that I would have given up trying to get him back a long time before I did and we could have avoided all the unnecessary drama and dragging of each other through the mud. That's all I really needed to know.

Once I knew that he didn't love me, I no longer wanted to be with him.

This is what you need to understand.

That ex-boyfriend who broke things off with you isn't just "going through some stuff right now." He didn't love you.

Repeat after me: He didn't love me.

Let that be your mantra.

People don't destroy what they love. I know it hurts to acknowledge that. It isn't easy to accept.

It also doesn't mean there is anything wrong with you, or with him for that matter. It just means that you are not right for each other. No matter how right it felt, if there's no love, there's nothing to fight for. Move on and find someone who does love you or get yourself a puppy. Trust me, a puppy will love you more than any man could ever try to.

The problem is that we confuse love with passion.

And believe me, I get it. I have never felt the way I felt with Dick with anyone else. The way he always kissed me like he was hungry for it, like it was the last time we were ever going to see each other. The way he rested his forehead on mine in between kisses. The way he couldn't keep his hands off me. The way he said my name in bed.

He made me feel special — like I was the only girl in the world for him. Like he needed me with every fiber of his being.

That's why I became so wickedly obsessed. I was confusing his sense of passion with feelings of love.

I thought it was just for me, that his feelings for me brought that out in him. The truth is, he probably kisses every girl like that. It's just who he is. He's a passionate kisser. He is a passionate guy. Unfortunately, that passion just never sparked any love that burned for me the way I wanted. That is a reality I now understand and this clarity has helped me move on from the entire mess.

Many of us have this romantic notion that we are supposed to have this crazy, magnetic attraction for the person who we are meant to be with. That love without passion is not real love, it's not a "soul connection."

The fact is, real love may be boring at times, but that doesn't make it any less real.

Don't spend your time trying to mend a broken relationship with an ex who cared so little for you that they left you crying and broken. Don't suffer a fool just because you fear you will never find that connection again.

Instead, spend your time accepting that you might not and that if you don't, that's OK. You will be just fine without it. You can be happy without that. I promise.

But you absolutely will never be happy if you're being consumed by "what might have been" and worrying about what you could have done differently.

The answer is simple. You could not have done anything differently and it would have never been. Because he did not love you.

I cannot say that enough.

If he loved you, he would still be with you. He would not have walked away.

I'm sharing this in the hope it will prevent someone else from becoming the crazy ex-girlfriend and putting herself through months or even years of psychological torment. I hope you will do better for yourself. If he breaks up with you, accept the finality. If he texts you and wants to see you, do not respond to his texts. Do not engage him.

And for the love of all that is holy, do not text him, do not go to his apartment, do not look him up on Facebook, and do not, under any circumstances, cyber stalk him and/or the new girl he's dating.

Find another way or another person to fill your time with.

You will thank me (and yourself) for it later.

Carrie is a single mother with a passion for helping others and her community. She has a Bachelor's Degree in information technology and works as a business analyst for a great company in the software development industry.

Netflix
Peter and Lara Jean's Sex Talk Scene in P.S. I Still Love You Brings Up Important Issues About Boundaries
by Staci Soslowitz 1 day ago 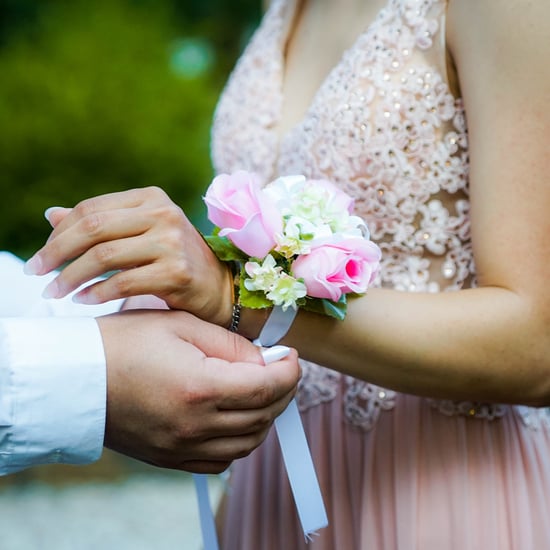 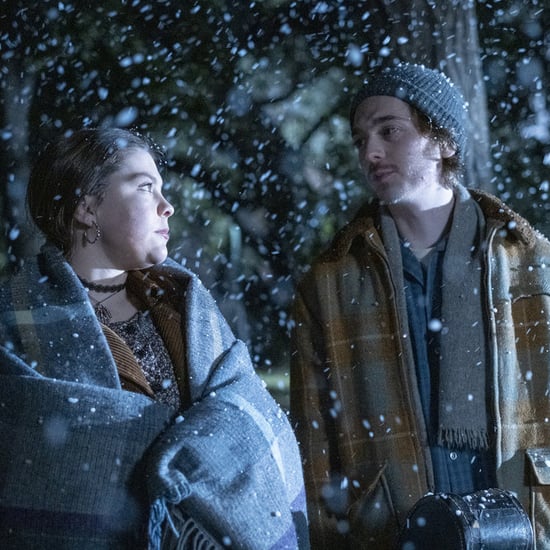 Relationships
I’m a #MeToo Survivor, and I’m Still Afraid of Being in a Committed Relationship
by Larry Stansbury 5 days ago