DONT FUCKING CHEAT ON ME I FIND OUT EVERYTHING‼️‼️‼️‼️‼️‼️ pic.twitter.com/EoNsvR0Ol1

Well, now that Christmas has come and gone, it's time to talk about gifts! One woman was especially eager to share the perfectly wrapped box of revenge she gifted to her boyfriend . . . now ex-boyfriend. After Cassy, or Twitter user NessLovnTrey247, came across some inappropriate online conversations between her guy and another woman, she decided not to confront him outright. Instead, she printed the conversations out, wrapped them up, and recorded him unveiling the "gift" on Christmas morning. She also Snapchatted pictures of the conversations beforehand. The Internet is loving Cassy's move, with her original tweet receiving close to 14,000 retweets and counting. While she hasn't uploaded the video of her boyfriend's reaction yet, many people are dying to see it. What do you make of this? Would you do the same thing? 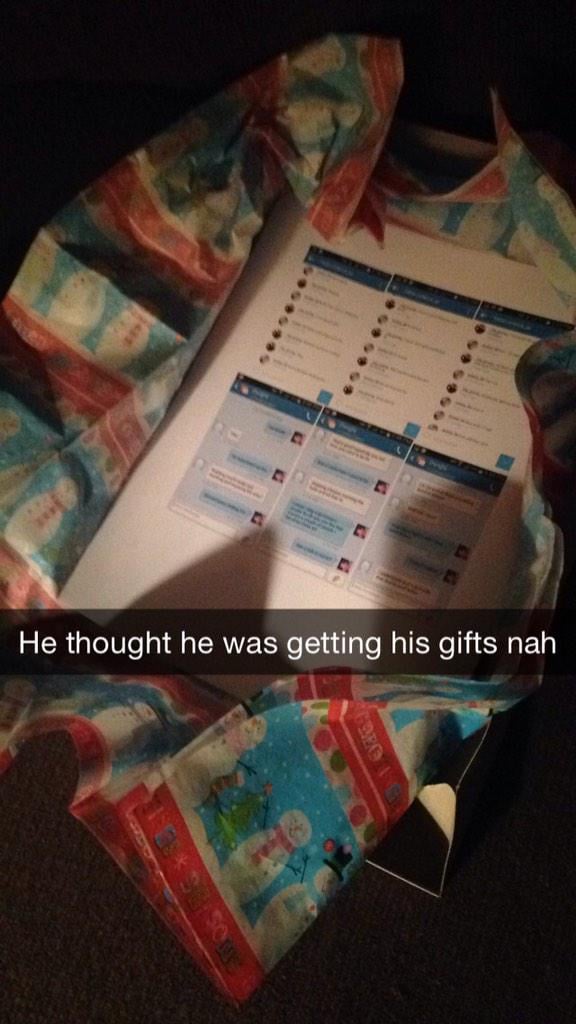