We've partnered with Mercedes-Benz to highlight the importance of safe spaces where everyone is free to be their truest, most authentic self. 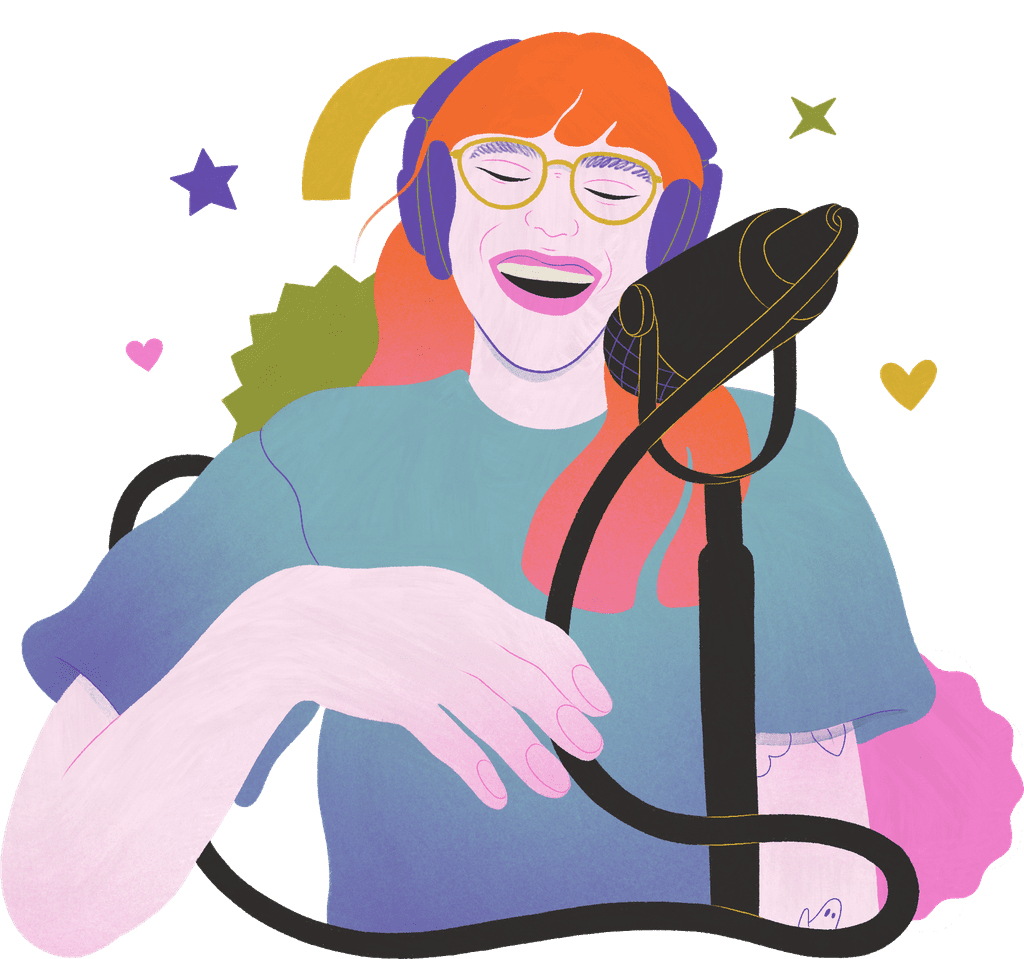 Gaby Dunn spends a lot of time online. As an author and host of two podcasts (Bad With Money and Just Between Us), navigating life in the public eye is a huge part of Gaby's career. So when Gaby decided to start using "they" and "them" as their pronouns, figuring out how to let their fan base know was a big part of the process.

Though Gaby has been open about being bisexual since the beginning of their career, sharing their gender journey with the internet still felt scary. Despite having an incredibly supportive group of fans, Gaby said they still felt pressure to live up to whom the fan base expected them to be. "For a long time, that pressure kept me from exploring gender because I didn't want to disappoint any of my fan base, which were largely bisexual cis women," they said. "It feels selfish to do something for yourself, such as come out as nonbinary or change your pronouns . . . For a long time, I felt like I was going to be inconveniencing my fan base."

At first, Gaby tested the waters by subtly talking about gender online, like lip-syncing to a song about being nonbinary on TikTok or hinting at their feelings in Discord chats. Once Gaby went public about using they/them pronouns on Instagram, there was a huge sense of relief — but seeing posts and comments about their gender online presented a new set of challenges. As awful as it is to be misgendered by just one person, Gaby said being misgendered repeatedly online was worse: "To me, it often felt like hundreds of people at once were misgendering me and I didn't know how to deal with that."

Gaby had to set some clear boundaries, like getting rid of Twitter — a platform where they were often misgendered — and being honest about the fact that their gender journey is still evolving. "I see a lot of narratives that are like, 'I have decided. Here I am. I'm this person and I've done it.' And I think it's more complicated than that," they said. For Gaby, there might not ever be a final coming-out moment — and that's OK. "You can have a label right now that could completely change again," they said. "You don't owe anybody anything. You don't have to make any decisions right away. You can play with things. You can dress a little differently."

Gaby also identifies as bisexual — another identity that doesn't always get the recognition it deserves. When you're in a relationship, Gaby said the fact that you're bisexual disappears: if you're with someone of the same gender, people assume you're gay, and if you're in a mixed-gender couple, people assume you're straight. Even when you're single, the same kind of thing can happen with friend groups. "I would love to see more bisexual people around each other and supporting each other and not feeling like they have to disappear into a straight group or a gay group, because I think that is still a huge reality of bisexuality," they said.

That's why Gaby said Bi Visibility Day is so important: it reframes bisexuality as something to be celebrated, not ignored. They also encouraged bisexual people to find their own community, since they're the only people who truly understand the bisexual experience. "The other bisexual people I know, they're in relationships that look different than mine, but there's just an unspoken solidarity that I have found and lack of judgment," Gaby said. "We talk a lot about getting respect from monosexual communities. Maybe the idea is that we should all be more open to each other, rather than just being like the token bi in a group of straights, or the token bi in a group of monosexual gay people." 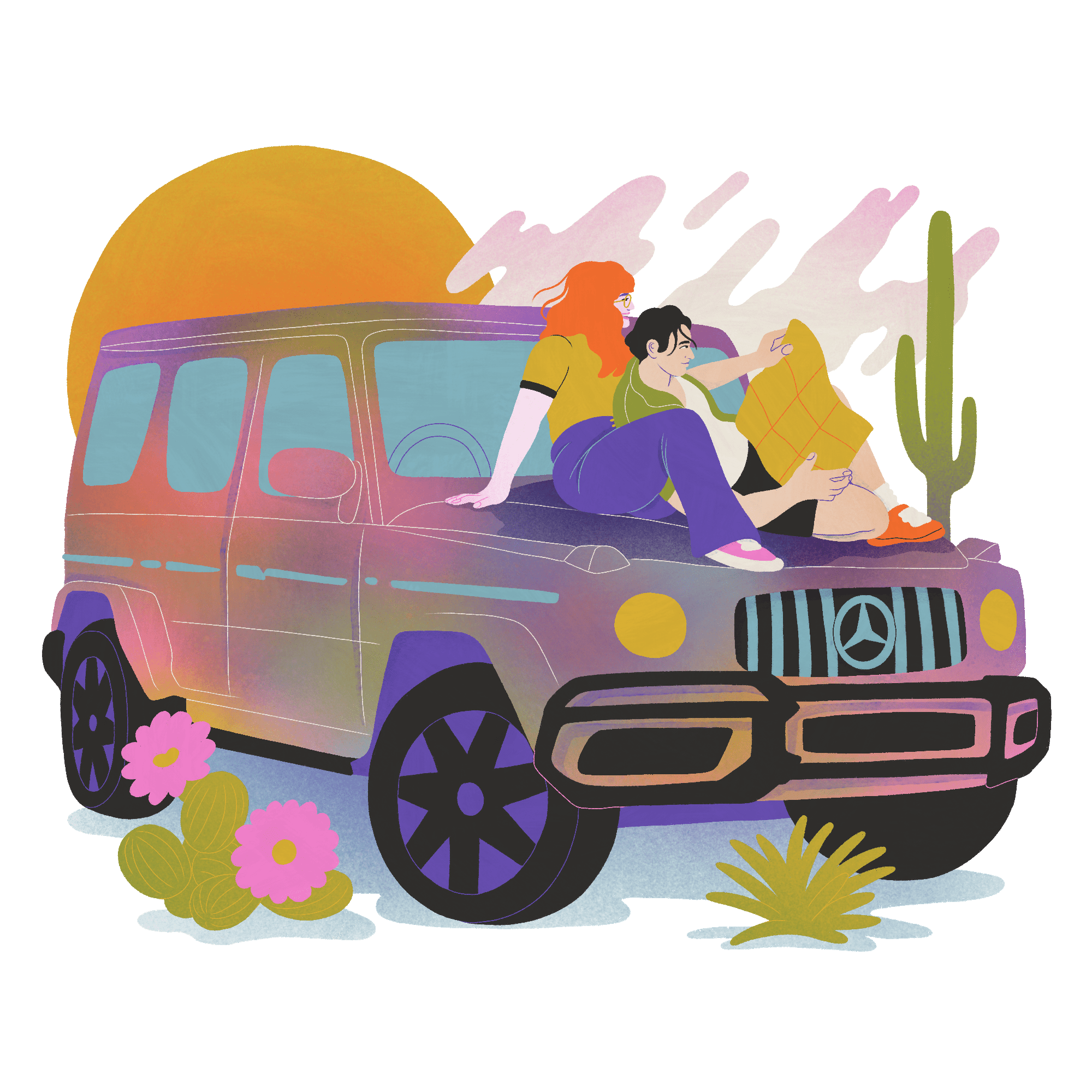 Gaby hopes that openness will extend to the concept of monogamy — or nonmonogamy, in their case. Gaby described their current relationship with musician Mal Blum as nonmonogamous, meaning they both occasionally date other people. Though people in monogamous relationships can often be quick to judge Gaby's relationship, Gaby said it's really not that different. Like all relationships, nonmonogamous ones require excellent communication — though in this case it's about setting ground rules for dating other people and making sure both partners feel comfortable. "Every relationship is different," Gaby said. "I dated someone who wanted to know everything and wanted to hear about everything and I've dated people who are like, 'Don't ask. Don't tell.'"

They added, "I even think monogamous relationships have different levels of nonmonogamy to them." Maybe you and your partner are OK with casually flirting with other people — maybe you're not at all. Depending on where you fall on that spectrum, your relationship might be less monogamous than you think.

Part of the reason Gaby is able to be so open about their experience is because of the support they receive from affirming safe spaces. Gaby lives with their partner and a trans roommate — two people who not only understand and accept Gaby, but also really make them laugh. "I feel like queer people are so much more funny in private and you're not allowed to be that funny publicly or on the internet," Gaby said. "Everything has to make sense to cis and straight people . . . Half the things that I talk about amongst my queer friends are so funny and so interesting, but are not safe to talk about [publicly]." 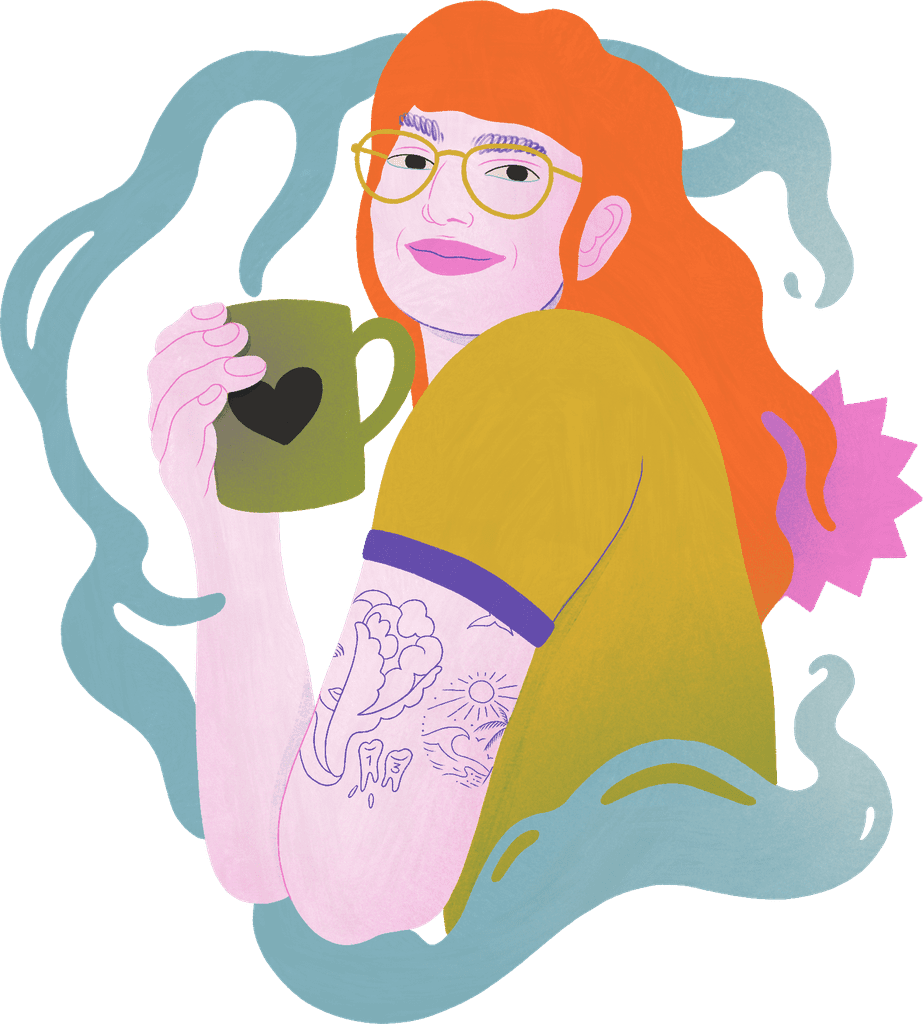 Besides Gaby's home, they said they also find freedom in just being around other LGBTQ+ people, whether that's at a gay bar or drag show. Earlier this year, Gaby and their partner road-tripped through the Southwest and South, and made it a point to stop at every queer-run coffee shop they could find. "It'll be a town of like 300 people. You'll find the coffee shop and the one girl with blue hair and a septum piercing is working there, and you're like, 'Oh my god, thank god. Hi. Hello,'" they said. "Shout out to all the queer people working at coffee shops around small towns around the US. You guys are holding it down."

Being around other people who just get you is what defines a safe space for Gaby. That understanding is also what Gaby feels is often missing from straight allies, even well-meaning ones. Gaby gave the example of marriage equality. Because straight, cisgender people already had the right to marry, many of them were easily able to understand why the LGBTQ+ community wanted the same right. That's not always going to be the case, though. "There's certain things where I think that there's this entitled demand to understand and you may never get that," Gaby said. "There's a lot of stuff for queer people that there's no straight equivalent. That's when you guys need to just be like, 'We hear you, we believe you. We understand that this is important to you. We don't need to know why. We don't need to understand why.' You just need to do it."