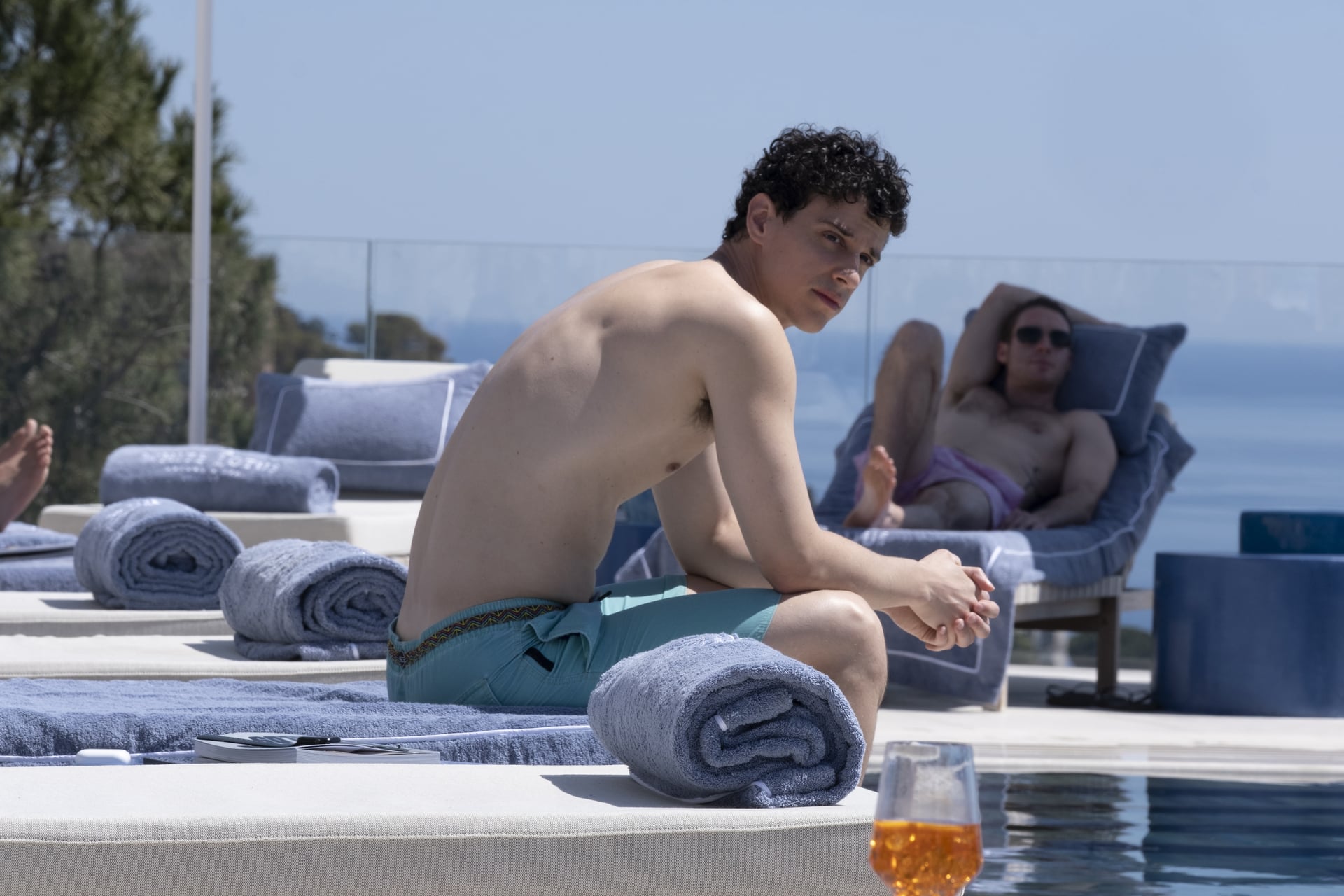 HBO's "The White Lotus" is about privilege and power — who has it, who doesn't, and who's afraid of it being taken away. While the first season of the hit show tackled class, in the second season, the social satire has taken aim at gender politics.

As is typical for "The White Lotus," none of the characters get off easy. Every person highlights just another ugly truth about the state of the world today — even the ones who are initially put forth as heroes or, at least, not-so-bad people. Such is the case with Albie Di Grasso (played by Adam DiMarco), who is portrayed in sharp contrast to the other men, a self-proclaimed "nice guy."

Compared to his father, Dominic (Michael Imperioli), and grandfather, Bert (F. Murray Abraham), Albie, the Gen Z representative, does seem nice — at first. But the most recent episode, the fifth of the season, began to reveal a darker possibility: Albie may feel just as entitled to women's desire, attention, and bodies as his grandfather and father. And while Bert and Dominic show their toxic masculinity more overtly, Albie's is no less damaging.

#stitch with @jazmelodyy #greenscreen and entitlement! And dont get me started on the theo james of it all #whitelotus

One TikTok user breaks down the generational transformation of misogyny, as portrayed in the show: Bert's unapologetic and obvious harassment to Dominic's behind-closed-doors exploitation to Albie's particular brand of entitlement, in which he hides his toxic masculinity not just from a romantic partner but from himself. "Next generation goes 'no both of those things are evil. We're going to learn third wave feminism and read everything and we're going to understand women, that way they'll HAVE to sleep with us because I get it. I totally understand'," TikTok user @ethanforyou says in his video, before summing it up: "They're all bad."

Some viewers on Twitter are rooting for Albie and Portia (Haley Lu Richardson) to get together, despite his most recent fumble. Others note that he's allowed to be disappointed (which is true), and that Portia strung him along until she met someone new (as if she isn't a single woman on an Italian resort vacation) — that none of this means he's a bad guy.

But for many others, various signs — his "pretty wounded bird" comment, his self-identification as a nice guy, his slowness to accept that Portia just . . . wasn't that into him, among other things — are pointing to the fact that Albie could be a "white knight."

Albie, the whitest knight of the white lotus pic.twitter.com/RaiwRU3X8X

White knighting has an informal definition, but it's often used to refer to someone who tries to insert themselves as the knight in shining armor that no one asked for, all with a not-so-sneaky ulterior motive — to gain social currency or reciprocated desire, for example.

In a Reddit thread defining the term, one user offered up this one: "Men who jump to a [woman's defense] in any argument, even if the woman may well be the one in the wrong." (People of any gender can be a white knight, though.) This calls to mind a moment in episode five when Albie discusses sex workers Mia (Beatrice Grannò) and Lucia (Simona Tabasco) with his father and grandfather. "They probably don't wanna be escorts. They're just poor and victims of a fucked-up system," he says over breakfast. To which Bert responds, "Women aren't all saints, Albie. They're just like us." While it's terribly ironic that this line comes from the male chauvinist, the sentiment is based in equity. Being placed on a pedestal simply due to one's gender can be dehumanizing.

In the same Reddit thread, another user added this nuance: "The dark side to the white knight is that some are just trying to get laid. They're like nice guys, male feminists who are just trying to gain women's trust. They stand in opposite to bad boys." That juxtaposition is pretty evident when Portia falls for the Essex fuckboi introduced in episode four, instead of "sweet Albie."

If you listen quietly, you can hear comments being typed up in incel communities across the internet: "Nice guys finish last." But DiMarco himself said, in an interview with Vanity Fair, that playing up Albie's sweet side was purposeful, stating: "In terms of like being a nice guy, I don't know if there is such a thing in the world." And while it's true that Portia is put off by Albie's lack of gumption, his reaction to the romance fizzling out indicates that his behavior may not have been as innocent as it first seemed.

"Really we should question why our loyalties lie with him just because he's meek," Anna Silverman writes for Grazia. While Albie knows the definition of consent, he's very good at guilting Portia into spending time with him and his family, pushing for hang outs and walking her back to her room when she clearly wants to stay by the pool. Sure, Albie's clearly believes that he's better than his dad. But what's a white knight without his high horse?

Time will tell whether Albie is a "nice guy," or is actually nice. But reading feminist literature ultimately means nothing if you still can't acknowledge that women, like any other gender, are complex human beings with individual needs and wants, and that sexual desire isn't earned through "good behavior." In 2022, we'd hope that would have been a lesson Albie learned long before his first gender studies class at Stanford.