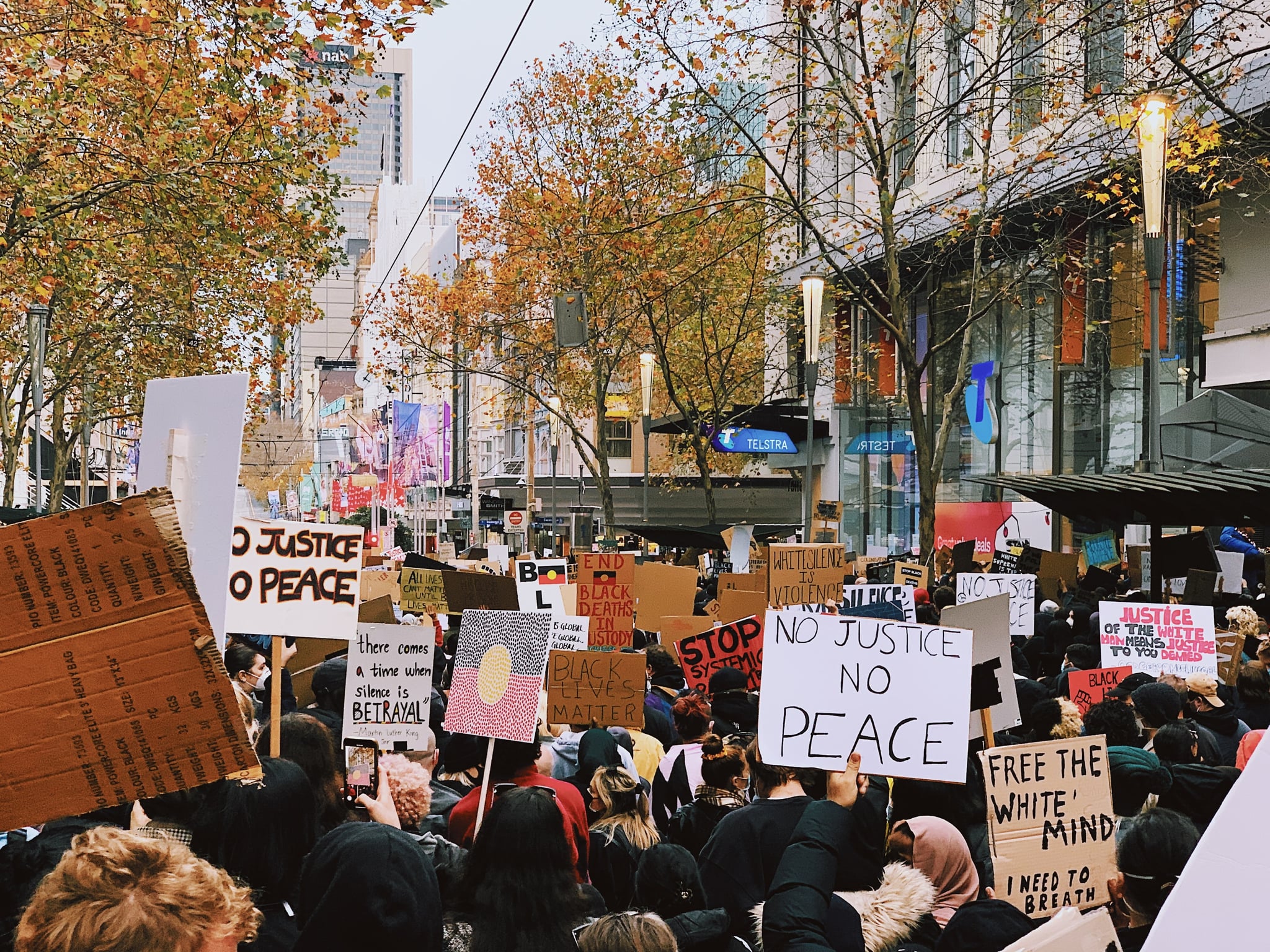 My partner and I are yin and yang most of the time. If I have the A/C blasting in the car, he wants the heat. I go to bed at 9 p.m. most nights, and he crawls in next to me around 2 a.m. In many ways, our differences balance us, but in recent discussions we've had about the Black Lives Matter movement, systemic oppression, racism, and other political issues in the news, I've discovered that my passion for actively working to solve these issues is not something we share. While we share similar thoughts and views on most topics, I'm realizing he's just not the type of person who's going to share infographics on Instagram or march in the streets out of his own free will.

I found myself wondering why the hell he wasn't speaking out. Was he not angry? Did he just not care? I couldn't imagine staying quiet about such a wild injustice.

For instance, after the horrific murders of George Floyd and Breonna Taylor, the majority of my friends took to Instagram to share their thoughts — but my partner didn't. I found myself wondering why the hell he wasn't speaking out. Was he not angry? Did he just not care? I couldn't imagine staying quiet about such a wild injustice. But after some discussion, I realized he did care, he was upset, and he did want to learn more about police brutality, but he just didn't feel like an Instagram Story was going to do anything. Even though I know not everyone is going to be a front-line activist, this was still pretty tough for me to hear and cope with. I believe any action, no matter how small, will help spread awareness and spark conversations that can create positive change, but I also know trying to force or pressure someone into taking action isn't going to turn out well for anyone.

After realizing I didn't want to constantly argue about the differences in our reactions and subsequent actions, we decided to set some clear boundaries. Since he's relatively new to having these conversations about current social issues, he's been getting overwhelmed easily and retreating into his shell to recover. It's hard for me to manage my frustration when this happens, because I have a much higher tolerance when it comes to discussing injustice. But I know information overload is real, so I'm trying to respect his need for some time between heavy conversations. In exchange, he is working to understand, research, and discuss the issues that mean the most to me so he can better support me.

Related:
An Open Letter to Black Women in Interracial Relationships

His upbringing in a conservative household in the South didn't pave the way for a whole lot of open and honest discussions about race or social-justice issues. But I'm amazed at the way he's blossomed after a few months of discussing these things with me. Our conversations have gotten heated, for sure, but it's helping us learn how to navigate tough topics while still being respectful of the other person's beliefs.

He's been asking so many new questions, and with that has come a lot of emotions. From listening and observing him lately, I'd say he's feeling frustrated because his normal thought process has been disrupted with so much negativity and anger, but I think that's a normal part of "waking up." Despite these bumps in the road, he's shown me how much he's trying by starting to speak up in his social and family circles when he picks up on any sort of questionable language, which has taken so much pressure off of me. He's even offered to attend marches with me, which I really appreciate even though I know it's not his jam.

Ultimately, in these times where there's so much to talk about and many distressing topics that can divide people, I'm thankful we agree on the big things and that I have a partner who is willing to learn about the things that matter to me in order to better understand who I am. Although I'd love for him to feel as driven as I do to effect change, I'm grateful he supports and encourages me to do what I feel is necessary.