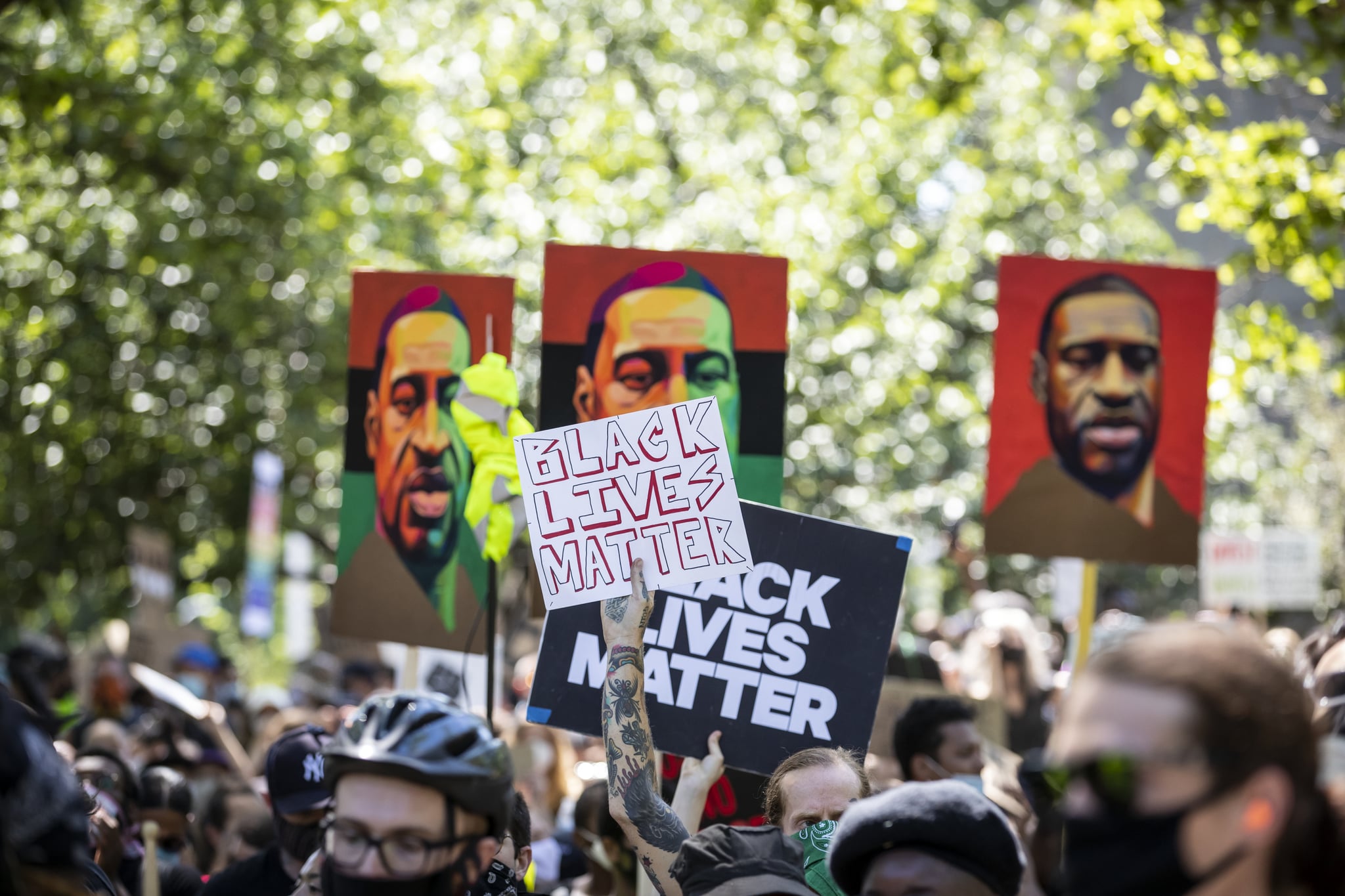 It's almost impossible to stay away from my television screens as the protests to end racial injustice unfold. As I watch the coverage, what strikes me most is knowing that there are also children who are seeing these incidents of police brutality against Black people replaying again and again. I'm sure they have so many questions and are trying to understand what's going on with the world right now. How can they not, when they see thousands of people protesting in the streets every day against this violence?

In 2016, when Donald Trump won the presidential election, I was a junior in college. In my first class of the day, everyone cried for 45 minutes. One student said her little sister had asked her, "What's going to happen to all of my friends? What about the future kids?" Those questions have replayed in my head to this day, as we face the deaths of Black men and women at the hands of racial injustice with a president who seems to not care.

I've seen (and experienced firsthand) how kids who've been exposed to this violence stay silent out of fear for their own lives and safety. I've had interactions that I can't shake. Recently, at the grocery store, a Black child walked up to me to show me a picture on his phone of a cartoon white police officer asking a Black kid what they want to be when they grow up. The kid's response? "Alive." That one in particular cut me deep.

Related:
If You're Joining a Black Lives Matter Protest as an Ally, Here Are Dos and Don'ts

These and other experiences where I've encountered Black children who look like me become emotional, scared, and confused about these deaths have motivated me to protest. While protesting, I scream "Black lives matter" because I want future kids to see that they are important, that they are worthy, and that they are the future. I want kids to see that this moment is about them, but also that if they don't like what the world looks like, they can do something to change it.

When you're standing up for something, you're fighting for what you believe in. Hopefully, the younger generation will see this moment and this movement and be inspired to continue. Hopefully, they'll join the marches and use their voices to also yell "Black lives matter," to uplift the voices of other Black people. Hopefully, they'll see that sharing your voice, thoughts, ideas, and emotions can make a lasting difference. Because as we know, staying silent does not solve anything.

For a long time, it was difficult for me to stand up for myself because I thought no one was going to hear me. I stayed silent for much of my childhood and adulthood because I didn't see how it could help. But recently, I realized that I have to be honest and open about my experiences, if not for myself then for those who come after me. I hope that by making myself heard, others can see that they can make themselves heard, too.