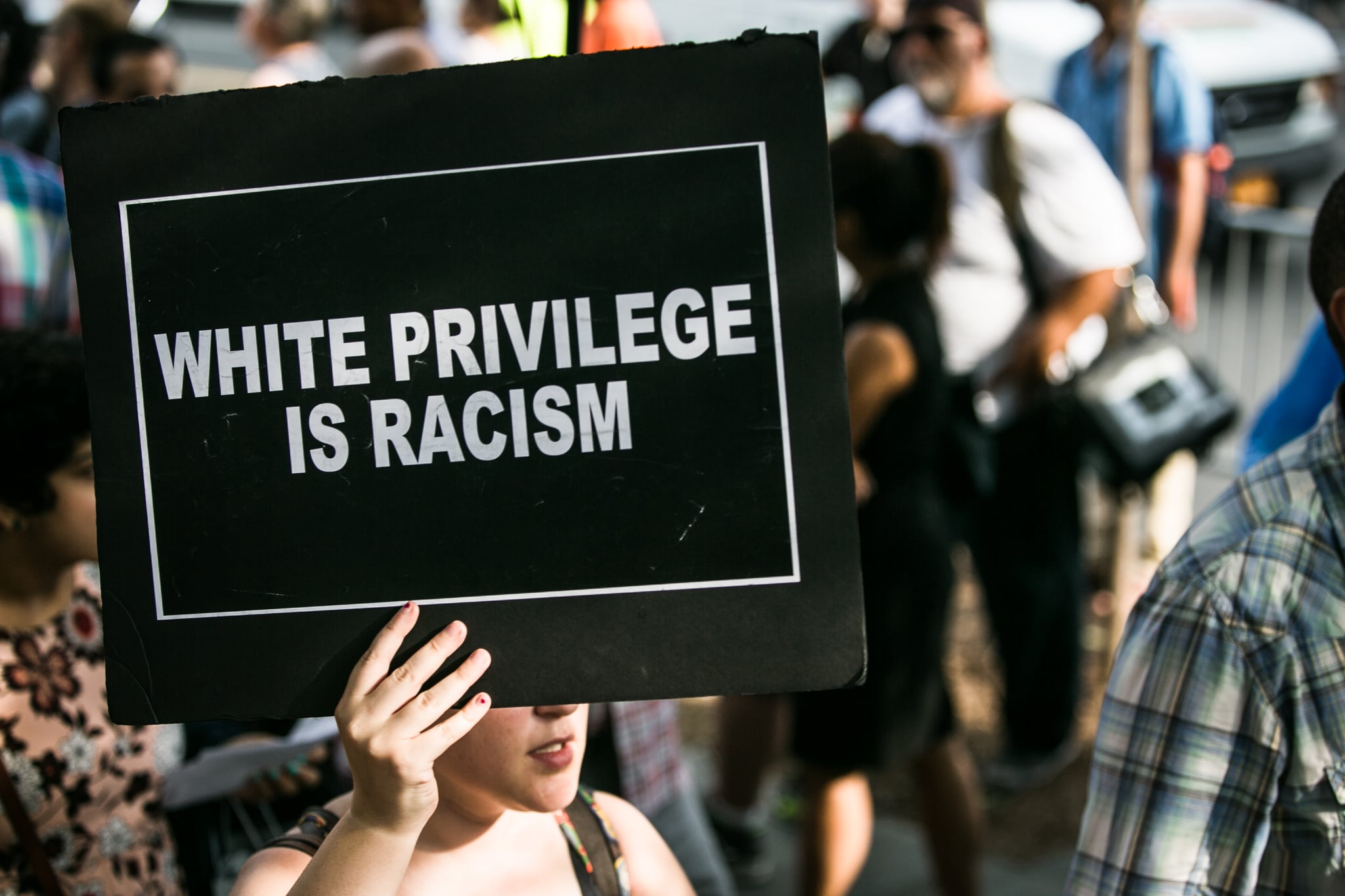 In 2020, with the tragic deaths of Black men playing out on the evening news and protests against police brutality taking place in cities across the country, it's hard to understand how anyone could deny the existence of white privilege. But in conversations with friends and loved ones, I've learned that there are still many who associate privilege with wealth and opportunity, two things that are often out of reach for people living in underserved, mostly white communities.

I know this because I grew up white in one of the poorest states in the country, where loss of industry has devastated the economy and the opioid epidemic has increasingly led to children being placed in foster care, and even necessities like clean water aren't guaranteed. People are suffering, but not because of the color of their skin — and that's where we must draw the distinction, if we ever hope to confront racial injustice and effect meaningful change.

Once an academic term, white privilege refers to the benefits that come with being in the racial majority, regardless of your socioeconomic status. While approaching this topic with people in my own life, I've found that presenting this thought exercise can help someone who's resistant to recognizing this reality. As a white person, you may not be able to live in your preferred neighborhood because the cost of housing is too high, not because you were made to feel unwelcome based on the color of your skin. When you walk into a store, you're unlikely to be perceived as someone who might shoplift, even if your bank account sits at zero. And while getting a ticket may make it harder to feed your family, being pulled over by police is unlikely to put you in immediate danger.

The same isn't true for people of color — and the Black community, specifically — even if some members of that community have privileges you don't. As Black journalist Nikole Hannah-Jones wrote in The New York Times magazine following the deaths of Alton Sterling and Philando Castile at the hands of the police in 2016, there's always the risk that "if stopped by the police, we may be stripped down to our most basic of elements, that one part of us that is a complete fiction: our race. And that fiction — the American crime of blackness — can turn a broken taillight into a death sentence."

And there is even more data to present to convince people that this privilege makes a difference in the outcome of our lives. White children who are born into poor families are more likely to accumulate wealth in adulthood than poor Black children, likely due in part to underrepresentation in top colleges and discrimination in hiring. And when they do get accepted into an elite university, as many Black people have detailed, white students are more likely to be characterized as having overcome adversity to earn their spot than fulfilling some quota.

That is white privilege, and it's the result of hundreds of years of systemic racism that can only be dismantled when white people acknowledge that we experience the world very differently than people of color. That important work starts at home.