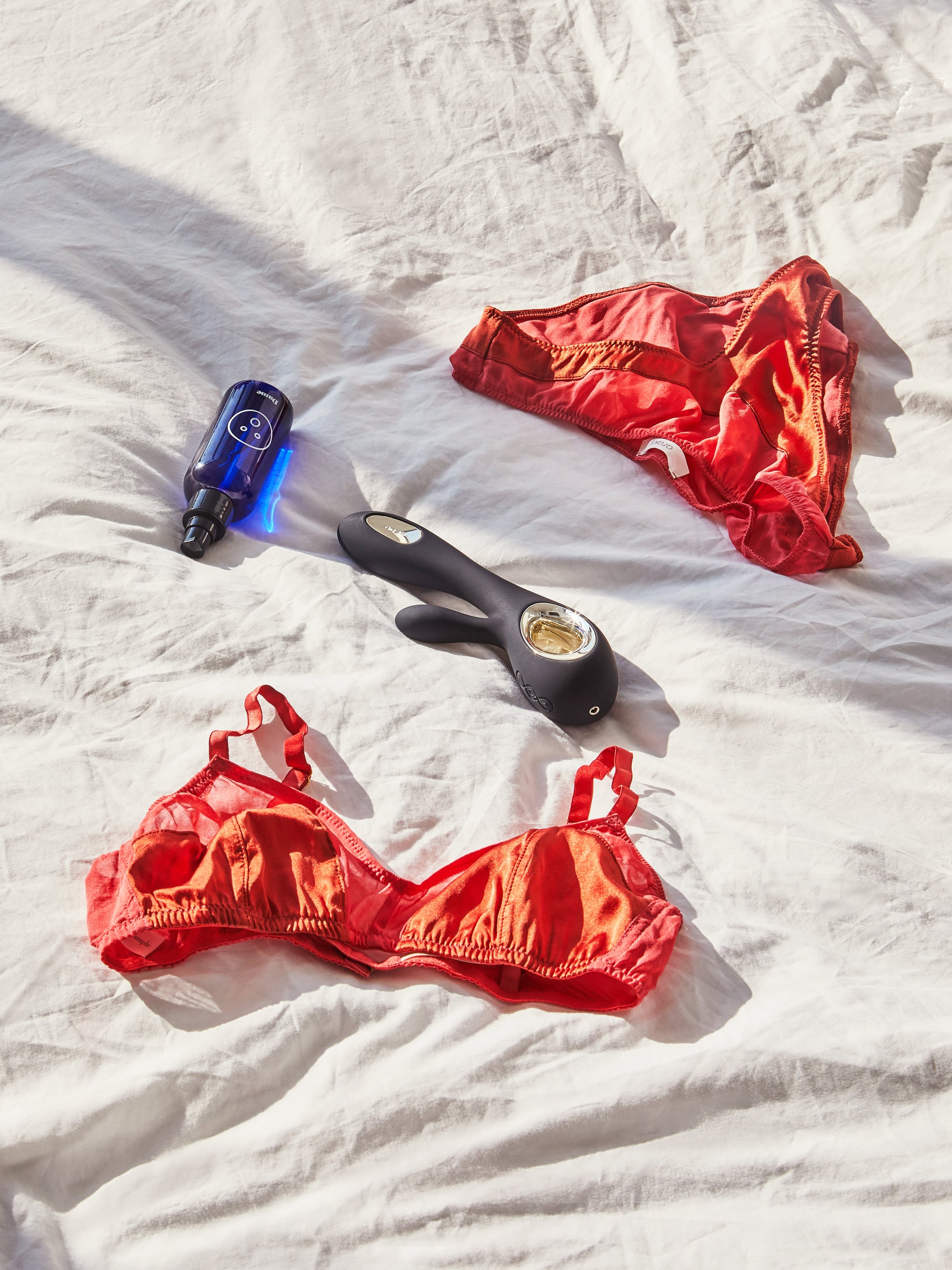 I'm all too familiar with the anxieties around sex that tend to take root in people's minds. Their BFF says something at brunch, they see a certain storyline on a TV show, a news story goes viral, and suddenly they're asking themselves and Google (and sometimes me, the closest thing to a sexpert they know), "Wait, should I be doing it like that?"

But most people don't need to change anything about their sex lives. What's hard to remember when a sexy news story is going viral is that sex looks different for everyone. While there are studies out there that suggest the average adult has sex 54 times a year (or an average of about once a week), that number isn't meant to be a benchmark. Sex frequency varies widely, and there's no "right" cadence that can be applied to all people.

It definitely makes sense why the pressure is on, though. Most sex scenes we see on shows like "Bridgerton" imply that great sex should come easily. Watching characters orgasm after 30 seconds of stimulation can make anyone feel like everyone is having better sex than them. "We have an image in our mind from movies of what sex is supposed to be, and we compare our real lived experience to this and feel inferior," relationship expert Nicole Moore says. "Most people have an idealized version of how they should look, feel, and be in their sex lives that they measure themselves against."

That's why, if you've thought about making a resolution that involves sex, I'd encourage you to first think about your true motivations. For example, before resolving to have more sex in 2023, ask yourself why you have that goal. Are you dealing with a libido mismatch in your relationship or going through an unwanted dry spell? Have you felt insecure ever since your best friend mentioned how often they're having sex (which was way more than your standard)? Or is the only time you feel connected to or valued by a partner right after having sex?

Once you evaluate why you want more sex, you may start to realize that your reasons aren't really about the sex at all. Often, people lean on sex as a fix for other issues happening beneath the surface, such as a lack of communication or a feeling of intimacy and security.

If that's the case, a resolution probably isn't what you need.

In general, sex resolutions don't really work. "Most resolutions are about action only, operating on the assumption that just changing your actions will solve everything. In sex, that's not the case," Moore says. "Real improvement in your sex life often involves a holistic approach where emotional issues, lifestyle issues, health issues, stress, and other factors must often be addressed as well."

Not just that, but the pressure of completing a resolution takes away from the fun sex should be, Moore adds. That's especially true when you're "measuring your sex life against a goal that's likely arbitrary," she says. And if your motivations for making a sex resolution are deeper than you realize, it may even harm your relationship, rather than benefiting it.

"Setting resolutions could quite literally set you up for more dysfunction when you inevitably fall off the resolution wagon," Moore says. "Feelings of shame, not feeling good enough, and emotional triggers are often a root cause for sexual dysfunction in the first place." A resolution to have more sex (or a different kind of sex, or no sex at all) doesn't heal those issues; it just sticks a bandage on top of them. And those feelings are sure to come up again — especially if you don't stick to the resolution — unless you find a way to address them specifically.

Not to be pessimistic, but as Moore says, the chances of a resolution actually changing your sex life for the better are slim to none. After all, resolving to have sex a certain amount of times per week or month doesn't take into account other factors that could influence your libido, such as stress or depression. Resolving to have kinkier sex or to have more orgasms also puts unnecessary pressure on your sex life, and pressure is the antithesis of pleasure.

"Resolutions operate on the premise that we must operate in the same way continuously, day after day, week after week, in order to reach an outcome," Moore says. That's not realistic in many areas of our lives, especially in our sex lives. "In the realm of sex, there's no one clear outcome or measure of success," Moore notes. What brings one person pleasure is not going to be the same as another person. So if you enjoy the type of sex you're having and are experiencing pleasure from it, there's no need to change anything.

If you do have sex-related concerns on your mind as we enter 2023, Moore suggests setting an intention instead of a resolution for the year. While that may sound like semantics, the idea is to move away from something goal- or metric-oriented and toward something feelings-oriented. "Each couple can come up with three to five emotions that they want to feel as a result of improving their sex lives, and focus on embodying those emotions over the year," she says.

"Focusing on the intention or emotions you want to embody actually gives you so many more ways to reach your goals than focusing on a strict action-based resolution," Moore explains. It's easier to succeed, because success isn't quite so black and white.

None of this is to say that sex resolutions are inherently bad. Some resolutions are rooted in playfulness and simply intended as a fun and completely unserious way of spicing up your sex life, in which case they can be wonderfully effective. Committing to taking some steps toward exploring your inner kinkster, for example, can be completely healthy and pretty exciting.

But that's why it's so important to gut check your motivations before making a sex-related new-year goal: for this type of resolution to work, it has to be something you want to do, not something you commit to because you worry that being "vanilla" is boring or bad or because your partner is pressuring you to.

Ultimately, having a good sex life means having sex that feels good to you. There's no "right" way to do it — no specific number of times per month to have it, proper length of time each session has to last, or perfect combination of positions to twist yourself into. When it comes to sex, the only person you can compare yourself to is yourself. So this year, take the pressure off your sex life — and keep the resolutions out of your bedroom.

Relationships
After My Divorce, I Came Down With "This Is My Husband" Syndrome
by Nikki Frias 4 hours ago