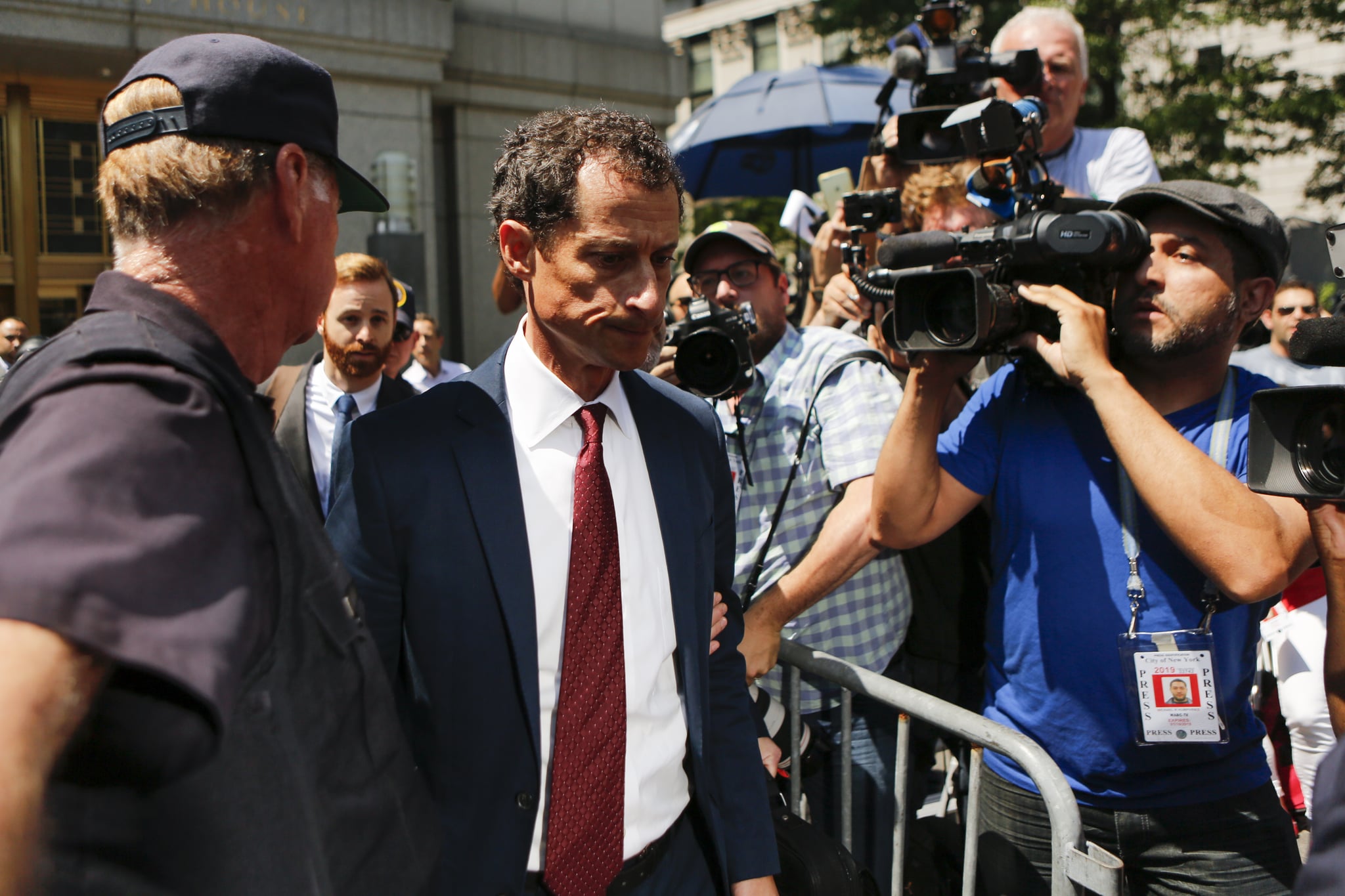 On Sept. 25, former New York Congressman Anthony Weiner, 53, was sentenced to 21 months in prison for sending explicit texts to a girl who was just 15 at the time. Weiner tearfully pleaded guilty to, and was convicted on, a felony obscenity charge in the matter in May. He will also have to register as a sex offender. Prosecutors say Weiner prompted the teen to "sexually perform" for him via Snapchat and Skype.

Weiner, who is in the middle of a divorce from longtime Hillary Clinton adviser Huma Abedin, has made national news with his repeated sexual transgressions since 2011. In May of that year, then-Congressman Weiner tweeted a photo of an erection concealed by a pair of men's underwear . . . and not in a direct message. The moment spawned the hashtag #weinergate, and while the politician first tried to argue that his account was hacked, he eventually owned up to trying to send the image to a college student. Then, in 2013, he got caught with his figurative and literal pants down again, this time for sending explicit underwear photos under the screenname "Carlos Danger."

The 2016 documentary Weiner, which was ostensibly meant to cover Weiner's run for mayor of New York City in 2013, was derailed by yet another text scandal, in which Weiner sent a woman a photo in his underwear. Weiner's sexting, which until then had been the butt of many a late-night joke and Twitter punchline, took a darker turn that time. In the photo, his young son could be seen sleeping next to him. That storyline became the focus of the film, overshadowing both the documentary and his attempt at a political comeback. However, it was not until 2016 that Weiner was accused of having conversations of a sexual nature with anyone underage. At the time of his trial, Weiner told the Associated Press: "I have a sickness, but I do not have an excuse."

Weiner's personal troubles will also go down in history as playing an unlikely role in our national politics. In 2016, the investigation into the underage sexting case unveiled a raft of emails on Weiner's computer that sparked James Comey to reignite the "but her emails" investigation — less than two weeks before the presidential election. In fact, in Clinton's new book What Happened, she recalls the moment they learned about the email recovery and Comey's announcement that he was reopening the investigation into Clinton's private server. She remembers that Abedin "burst into tears" and said: "This man will be the death of me."

Abedin was not present at the sentencing, though Weiner reportedly wore his wedding band to court.

Identity
2022 Has Been a Dangerous Year For the LGBTQ+ Community. Here's How We Can All Help.
by Nayanika Guha 16 hours ago