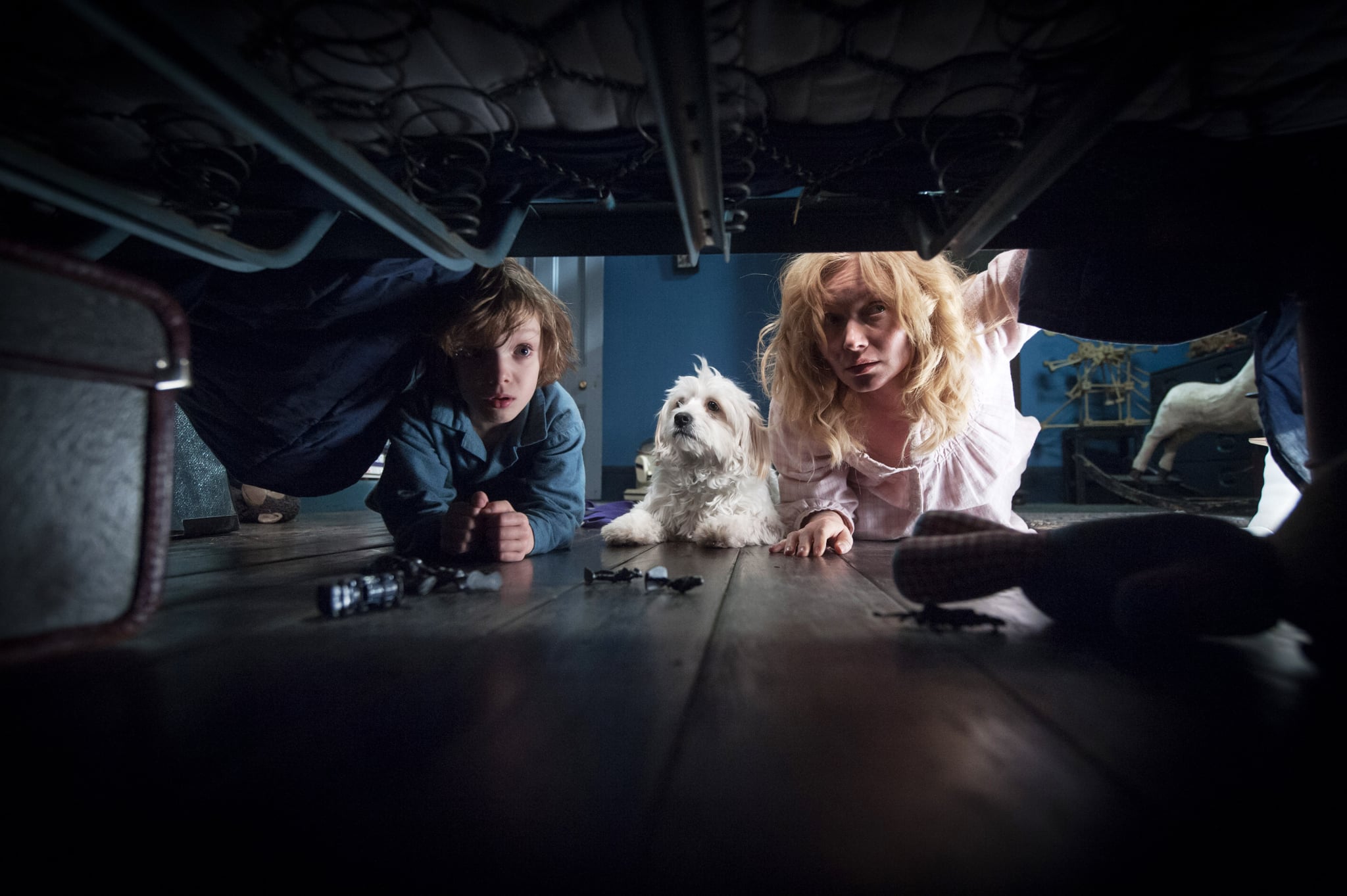 He's here, he might be queer, and he's a monster hiding in a basement who might terrorize your grieving mother: he's the Babadook.

The title character of Jennifer Kent's 2014 film has been trending via memes and social media posts ever since Netflix allegedly — and certainly accidentally — slid the horror film into its LGBT movies section. The big clawed, top-hat wearing character has been making the Internet rounds as a surprising gay meme for months — and it seems to have reached a fever pitch this week, just in time for Pride month.

8. the babadook is my favorite lgbt movie pic.twitter.com/dxCtyf9Kib

Breaking News: @HRC to honor The Babadook with the Visibility Award pic.twitter.com/IO0VXYlqEG

openly gay and with an affinity for hats and drama, the Babadook was the first time I saw myself represented in a film

babadook is th dramatic gay bc
-makes a popup book
-makeup queen
-runs downstairs SCREAMING if u knock his hat off
(as a dramatic gay: same)

This dark prince is being shuffled around on de facto internet rainbow floats, grimacing in potential gay glee in black and white. People are calling the ghoul a fellow "sister" who is equally dramatic, are giving him Drag Race send-offs, dedicating the "B" in "LGBT" to him (which is bisexual erasure, actually), and giving him fictional visibility awards for his being so loudly and sinisterly out. Just look at that menacing monochrome smile. He has the sort of face that could swallow the entire Westboro Baptist Church.

Despite internet claims about the creature's queerness and notions of being "babashook," the film itself is anything but typical LGBTQ fare. The movie is about a single mother named Amelia (Essie Davis) who struggles with the violent death of her husband. Her son (Noah Wiseman) begins to fall prey to suspicions about a lingering monster he first encounters in a pop-up book. His name is the Babadook. The movie follows the monster terrorizing the family, leaving viewers asking some unsettling questions about mental health, parenting, and grief.

Warning: For those who have not seen the film The Babadook, spoilers ahead.

Adding a queer reading to the film is admittedly pretty hysterical since the film is so dark, and on its surface, well, anything but LGBTQ-related. But is that really the case?

Steven Bruhm, professor of English at Western University and managing editor of the journal Horror Studies, believes the monster's current gay icon status online — which is reaching Madonna levels of hysteria in recent days — actually has to do with his being so disruptive.

"Queer activism of the 1990s, as you doubtless know, was about disruption, transgression, not being a good citizen if that meant mimicking the norms of heteronormative culture," Bruhm explains to POPSUGAR. "Resisting such normalcy does tend to make one monstrous . . . but it also allows one to look at a cultural creation like the Babadook as a figure for the refusal of norms, for the terrorizing of domestic normalcy, and for the compulsory command of 'family' (whether that be a gay or a straight family) that still surrounds us."

Bruhm adds: "If I can identify Babadook as queer and take some pleasure in identifying with him, it's because he transgresses what families are supposed to look like."

In other words? The Babadook DGAF. The monster's style appeals to queer, campy values, too. "Queer gothic camp has always existed both to take the piss out of the normative," Bruhm explains. "We only need look to another writer of a gothic novel, Oscar Wilde, to see how profoundly dangerous earnestness can be." In essence, the monster really could serve on the Drag Race main stage.

On the flipside, it makes sense to be a little skeptical of the Babadook, who is an evil monster, being suddenly portrayed as some kind of poster child for the gay community. But Darren Elliott-Smith, who wrote "Queer Horror Film and Television: Sexuality and Masculinity at the Margins," says there's a long history of queer pleasure-taking in playing dress up as a villain. He says shows like American Horror Story and Scream Queens, which pay homage to classic cult horror movies via pastiche and parody, are prime examples.

"Identifying with a horror icon offers great pleasures for the queer viewer who sees themselves as marginalized by 'normative' society," he says, "and sees the moments of fear that such icons provide as celebratory moments where the queer voice is valorized for its 'troubling' potential."

Elliott-Smith goes deep with this analysis. "I think that the child in The Babadook could represent lingering heteronormativity, a marker of the reproductive cycle, and the Babadook is a figure that represents queerness — a giving in to one's own selfish, destructive desires, sexual or otherwise, and can be seen as a countercultural queer figure precisely because it represents Amelia's nonmaternal desires." Case in point: that time where she asks her son, "Why don't you go and eat shit!"

Both experts agree that the ending, in which the Babadook survives to live on in the family's basement, is ripe for queer picking. Literally, the Babadook is closeted.

"Gays who have lived in the closet understand what it means to hide themselves from others," Bruhm says. "Psychoanalytically conversant people never think that we get rid of our monsters, we only entertain them . . . [the] Babadook remains locked in the basement, but that ensures two things: he remains alive and an object of consciousness to the mother; and he will always pose the threat of escape, of a running rampant and destroying."

While POPSUGAR did reach out to the producers of the film and the illustrator who created the monster — as of press time, they had not returned our request for comment — there is ample evidence that one of horror's most recent, scariest monster might just be a little gay.

"Babadook's appeal to queer audiences . . . is deeper than mere 'dress-up,'" As Elliott-Smith says. "[He] is seen as a celebration of non-normativity and the queerness of identity."

Tech News
"The Sims" Fans Are Clapping Back at Haters Criticizing New, Inclusive Characters
by Taylor Andrews 12 hours ago