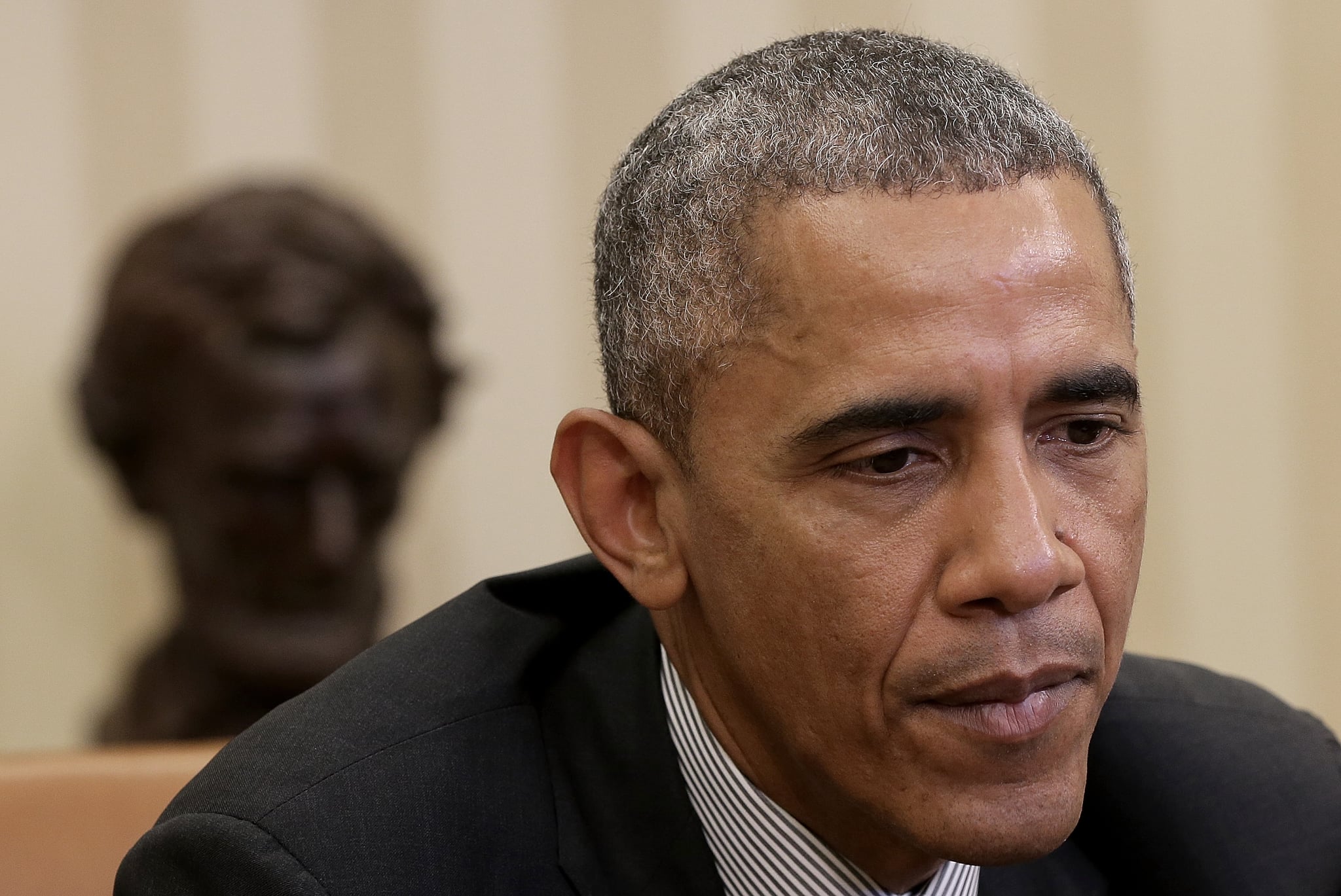 On Sept. 5, Attorney General Jeff Sessions announced that the Deferred Action for Childhood Arrivals (DACA) program would end. That leaves about 800,000 young immigrants without a path toward citizenship or legal immigration proceedings and under the threat of deportation. Former President Barack Obama, who signed the executive order on DACA in 2012 and promised he would not stay silent if it was in jeopardy, posted a statement on Facebook calling the move to end DACA "cruel," "self-defeating," and "wrong." He then asked Congress to "protect these young people and our future."

Obama began his statement by writing that the decision to end DACA was not about "how to fix our immigration system so that everybody plays by the rules." Instead, he pointed out that he asked Congress to draft a bill that would grant Dreamers citizenship if they met certain requirements. "That bill never came," Obama wrote. So, he defended why he chose to come up with DACA as a means to "lift the shadow of deportation from these young people" and to protect these young immigrants. "These Dreamers are Americans in their hearts, in their minds, in every single way but one: on paper," Obama wrote. "They were brought to this country by their parents, sometimes even as infants. They may not know a country besides ours. They may not even know a language besides English. They often have no idea they're undocumented until they apply for a job, or college, or a driver's license."

He then explained why the termination of DACA is reprehensible:

To target these young people is wrong – because they have done nothing wrong. It is self-defeating – because they want to start new businesses, staff our labs, serve in our military, and otherwise contribute to the country we love. And it is cruel. What if our kid's science teacher, or our friendly neighbor turns out to be a Dreamer? Where are we supposed to send her? To a country she doesn't know or remember, with a language she may not even speak?

The former president then proceeded to make it abundantly clear that Dreamers shouldn't be targeted in the immigration debate. "Whatever concerns or complaints Americans may have about immigration in general, we shouldn't threaten the future of this group of young people who are here through no fault of their own, who pose no threat, who are not taking away anything from the rest of us . . . Kicking them out won't lower the unemployment rate, or lighten anyone's taxes, or raise anybody's wages," Obama wrote.

Obama ended his statement by asking Congress to act and to "do it with a sense of moral urgency that matches the urgency these young people feel. Ultimately, this is about basic decency. This is about whether we are a people who kick hopeful young strivers out of America, or whether we treat them the way we'd want our own kids to be treated. It's about who we are as a people – and who we want to be." You can read Obama's full statement ahead.

Immigration can be a controversial topic. We all want safe, secure borders and a dynamic economy, and people of goodwill...