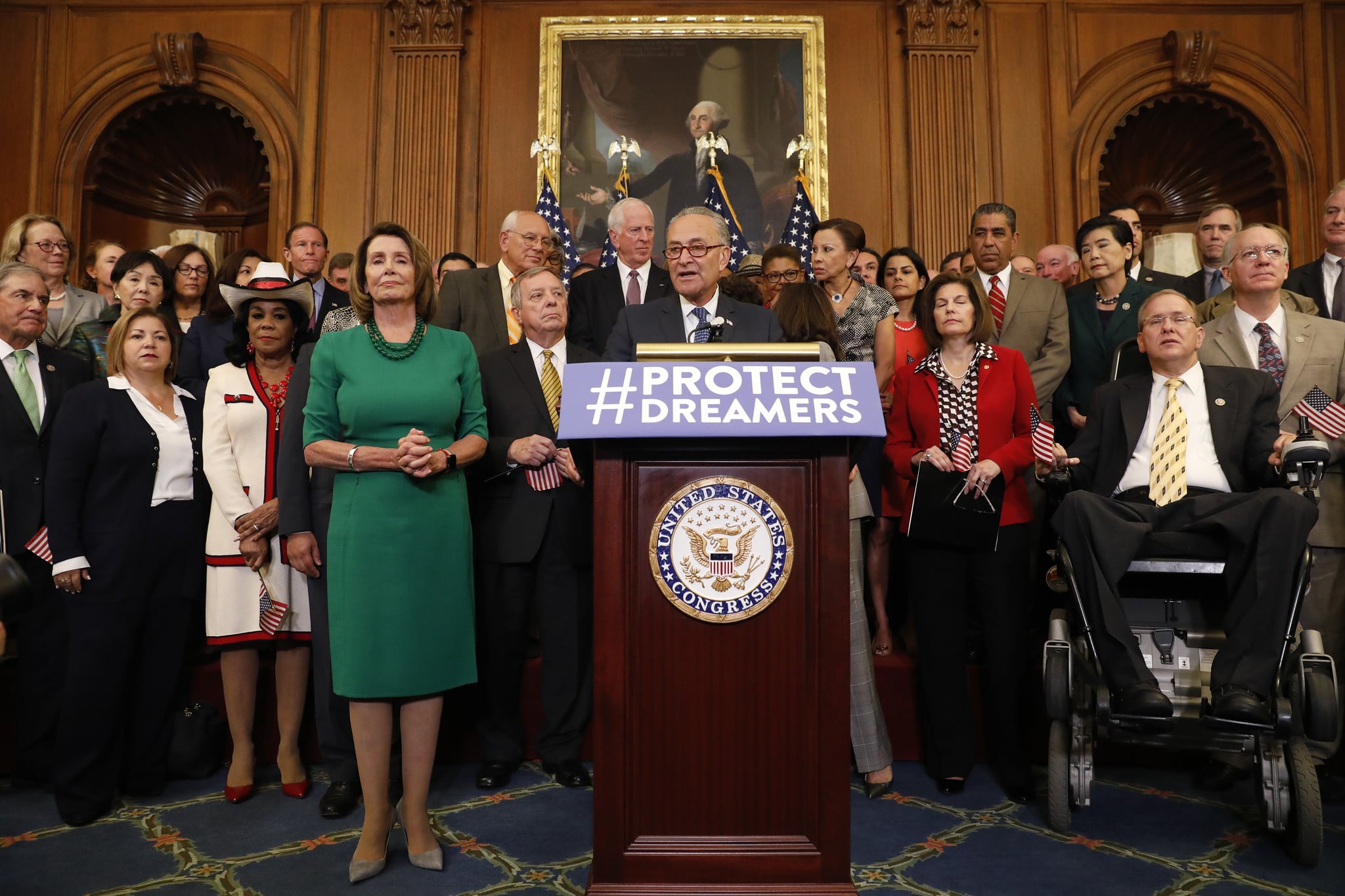 President Donald Trump may have been an unconventional candidate in the 2016 election, but he did share one distinct commonality with the presidential hopefuls before him: he ran on a platform which promised action and reform. Eight months after taking office, it has become incredibly clear that the Trump White House has no qualms about obliterating policy, legislature, or criminal rulings — but zero interest in taking responsibility for the replacements and substitutes required to ensure the protection of the American people.

While this has backfired in the past — Obamacare repeal and replace, anyone? — Trump's most recent takedown tragically resulted in a man with a history of discrimination and racism, Attorney General Jeff Sessions, briefing the press on the White House's decision to end the DACA program within six months. "Congress now has six months to legalize DACA (something the Obama Administration was unable to do)," Trump tweeted several hours after the announcement was made, adding, "If they can't, I will revisit this issue!" For the 800,000 recipients of the program who now face an indefinite future, it's a devastating blow. For Trump, it's an opportunity to once again pass the buck on the fallout from an ill-advised decision made to appease an ever-diminishing base and the pressure of right-wing agitators like Breitbart and Fox News.

Now the fate of one of the most popular programs in recent history — DACA clocked in at a staggering 73 percent approval rate among Trump supporters — rests in the hands of one of the most dysfunctional Congresses of all time. But unlike other policies that have been torn to shreds by partisan hands on the Hill, the historically divisive subject of immigration — specifically the Dreamers that are no less American than the rest of us — appears to be an issue on which there's universal agreement. But the intricacies of immigration reform are no easy matter. The problem, then, is trying to find one piece of legislation that ticks enough boxes to garner enough approval to pass both the House and Senate and make its way to Trump's Oval Office desk.

As it stands, there are four bills under consideration that would potentially protect the Dreamers and create a path forward for those who have come to this country looking for a better life. And while it remains to be seen which one of these will be pushed forward as the solution to the president's ticking six-month clock, it's worth considering all the options in a situation as dire as this. Below, we've run through each bill that has been put forth as a solution and what each could mean for all involved.

Who put it forward and where is it now? The bill has an incredibly long and sordid history and was originally introduced in Congress in 2001. It's currently active in the Senate with a companion bill kicking around the House, and Senator Lindsey Graham has been spearheading the effort to put it forward once again and has gained support from top Democratic Senators Chuck Schumer and Richard Durbin.

What would it do? Anyone under the age of 18 who has lived in the US would be eligible for "conditional permanent residence" and ultimately have the ability to apply for a green card so long as the individual is pursuing an education or working a job and doesn't commit any crimes.

What could hold it up? The Republican majority. While it would likely get full support from the Democratic caucus, many on the opposite side favor other bills over this one as its got such an incredible amount of baggage. That being said, it's also the most logistically sound, so it's the one to keep an eye on — and we all know after the election that you can never underestimate the power of Lindsey Graham.

Who put it forward and where is it now? Republican Representative Mike Coffman of Colorado introduced it and it has only been proposed in the House.

What could hold it up? It's a stop-gap, not unlike the "skinny bill" proposed to take the place of the ACA, so it wouldn't provide any real, substantive solutions to a massive problem that isn't going to just up and disappear.

Who put it forward and where is it now? Republican Representative Carlos Curbelo of Florida introduced the bill and it has only been proposed in the House.

What would it do? It's the DREAM Act, except with tighter restrictions. It would be applicable to those under the age of 16 (two years less) and with five years of residency (one year more).

What could hold it up? The draw on this bill could also be its downfall: while it appeals to those looking to make the scope of admission less broad, it may not go far enough for some hard-line members of Congress. What could potentially happen is a revision of this new, seemingly tougher bill with additional stipulations added in to appeal to certain representatives. Either way, it's tied with The DREAM Act for most viable option at this point.

Who put it forward and where is it now? Republican Representative Jeff Denham of California introduced the bill and it has only been proposed in the House.

What would it do? Allow serving in the military to qualify you for citizenship.

What could hold it up? Like the Bridge Act, it wouldn't provide a full solution to the problem — not everyone who wants to become a citizen is fit to serve in the military. The bill is enormously popular on both sides of the aisle because it provides a clear path to citizenship for a specific set of people, which would be a great policy move in addition to a more sweeping bill, but not as a stand-alone proposal.