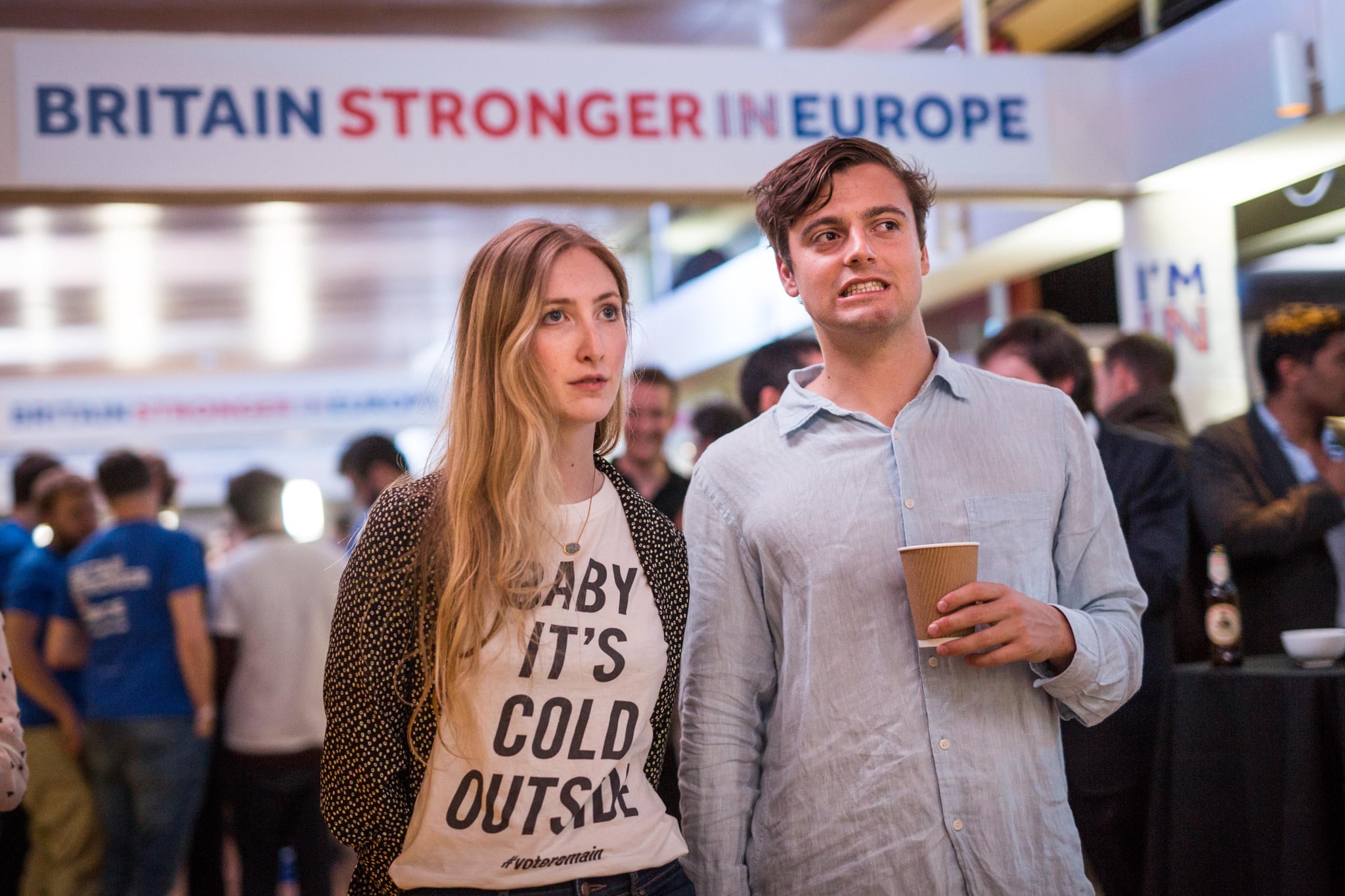 On Thursday, a referendum vote was held in the United Kingdom that resulted in the country's decision to leave the European Union. The UK and the EU's 27 other member countries are still reeling from the news, and it remains unclear what the extent of the repercussions of this decision will be. Many took to social media over the weekend to voice their shock and dismay over the Brexit, including celebrities like J.K. Rowling and James Corden, while others used it as a platform to discuss the implications of the vote and what it means for the US. Read on to find out more about Brexit and the satisfaction, outrage, and sarcasm it is inducing around the world.

The decision to leave or remain was very much divided along age lines, resulting in outrage from young people who were largely against the vote but will now have to endure its consequences the longest.

Old rural voters majority for #BrexitVote 51-49. Big decision made by those that have to live with it for least time pic.twitter.com/OW9zgpffzw

The boomers have Defined Benefit pension schemes. So the pension funds getting hammered here are GenX and Millenial

The "leave" vote win came as a surprise to many, especially celebrities like J.K. Rowling who had been adamant in their support for the "remain" camp in the weeks leading up to the referendum.

I can't get my head around what's happening in Britain.I'm so sorry to the youth of Britain. I fear you've been let down today x

Others Saw It as Cause For Celebration

Just arrived in Scotland. Place is going wild over the vote. They took their country back, just like we will take America back. No games!

Trump, however, failed to realize that Scotland had overwhelmingly voted to remain in the EU. Thankfully, Lily Allen was there to assist.

@realDonaldTrump Scotland voted IN you moron

Fear Over the Implications It Could Have For the EU

In addition to the immediate downturn of the world markets, many fear that the sovereignty of the EU has now been called into question and there is a strong possibility that people in other member nations may want a similar vote in their country.

Sarcasm Regarding the Role of Xenophobia in the Debate

A country that once colonized half of the world is complaining about immigration. #BrexitVote

A Warning of the Implications It Could Have For America

Boris Johnson, the former mayor of London and an outspoken supporter of the "leave" campaign, is also a likely contender to replace David Cameron. His similarities to Donald Trump did not escape the notice of people on Twitter.

To anyone watching from the US - not a single person I know was voting leave, and that still happened. Don't let it happen with Trump.

These two look so alike. Donald Trump & Boris Johnson, the anti-establishment leaders ready to rule. What a time! pic.twitter.com/fPkyvn1b67

And General Concern For the State of the World

This whole racist-old-people-returning-us-to-fascism-before-they-die trend across the Western world is so exhausting and stressful.

It's like Canada is the concerned child watching her aging mother and weirdo big brother descend into chaos, unsure who to worry over first

UK has voted to exit the EU. ASOS' site is down. #TomHiddleston is dating #TaylorSwift. I guess the end of world is happening, guys. #Brexit

Wedding
The Setting, the Gown, the Castle — This Northern Scotland Elopement Shoot Is Really Something Else
by Haley Lyndes 11/19/20