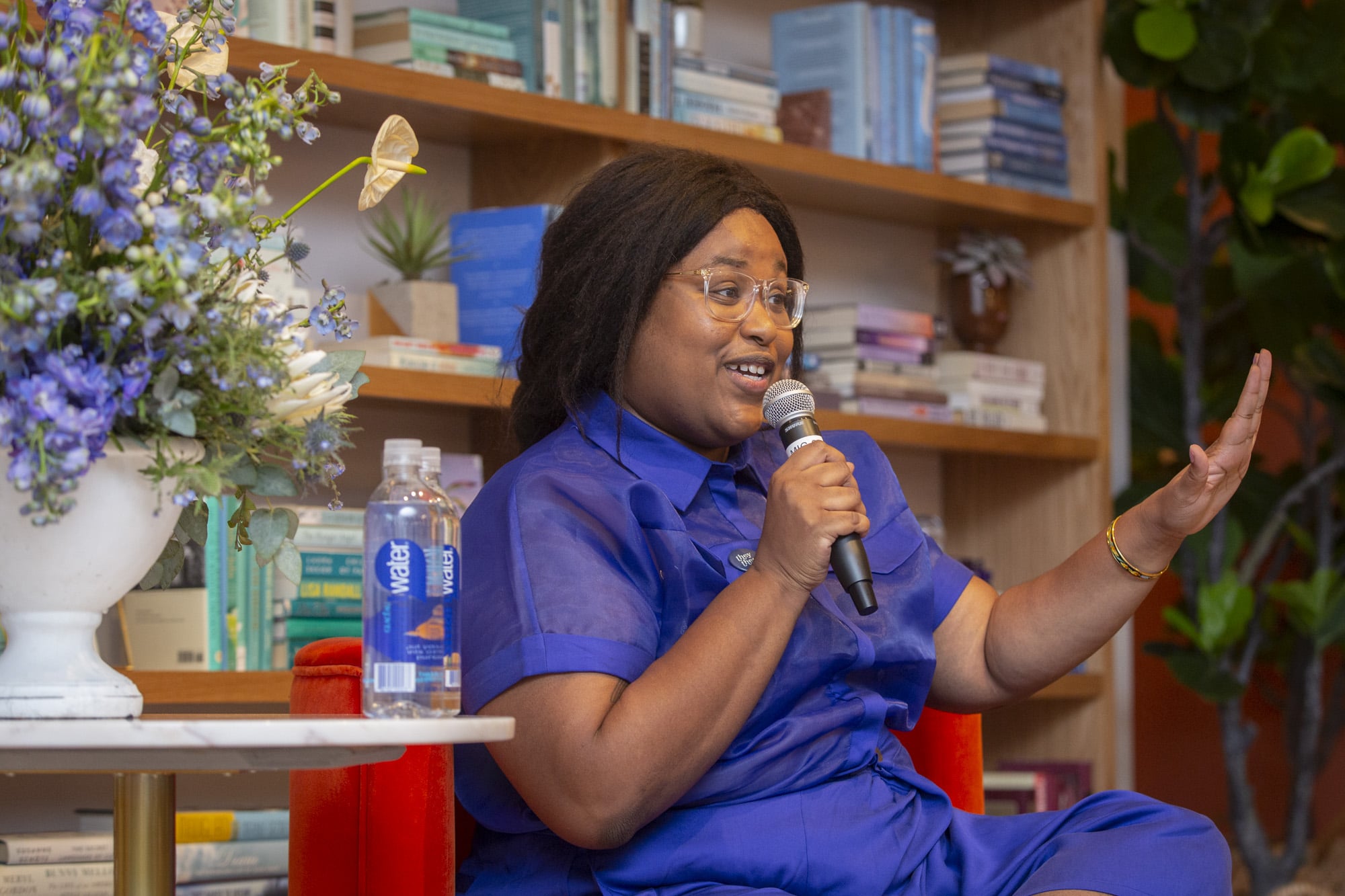 As the cofounder of Tech LadyMafia and cohost of beloved feminist and pop-culture podcast Call Your Girlfriend, Aminatou Sow is many things to many people. She's a cultural critic and entrepreneur; a self-made boss, and an Instagram generation inspiration. In early May, she leveraged those skills in a one-woman roadshow with The Wing and smartwater called "Harnessing Your Ambition" at the coworking space's newly opened LA location. While the title may have struck some wary attendees — notably me — as potentially too self-helpy, the conversation itself was as platitude-free and transparent as Sow is known to be. Dozens of women, mostly in their 20s and 30s, packed into The Wing's pastel walls, armed with notebooks, glasses of wine, and their own stories about being both undermined and triumphant in the workplace. They were tales Sow encouraged them to share unvarnished as the night went on. (In a recent New York Times profile of Sow, she herself divulged a $35,000 paycheck for developing this very program with The Wing and smartwater.)

To kick off the conversation, Sow asked how many people in the room identified as "ambitious." Almost all the hands shot up. Over the course of the next hour and a half, Sow challenged her audience to ask for what they're worth, helped them identify strategies for negotiation, and encouraged them to let go of the shame around asking for money. "A feeling that comes up is that it's all about greed," she said to a sea of nods. "It's about safety. It's about leaving a legacy for yourself." And when one woman admitted to feeling guilt around the tension between her desire to save money and her desire to spend it on "looking cute," Sow seized on the fact that women are expected to do both. "There are penalties if you don't look nice or you don't look cute," she said. Women, she reminded the crowd, have to spend a lot more on our outward appearances in order to "make as much as a doofus in a hoodie."

I caught up with Sow just after the workshop for a conversation about success, politics, and cash. After briefly indulging in our shared adoration of Keanu Reeves and the John Wick series — Sow procured advance tickets to the action movie in two cities — we got down to business. 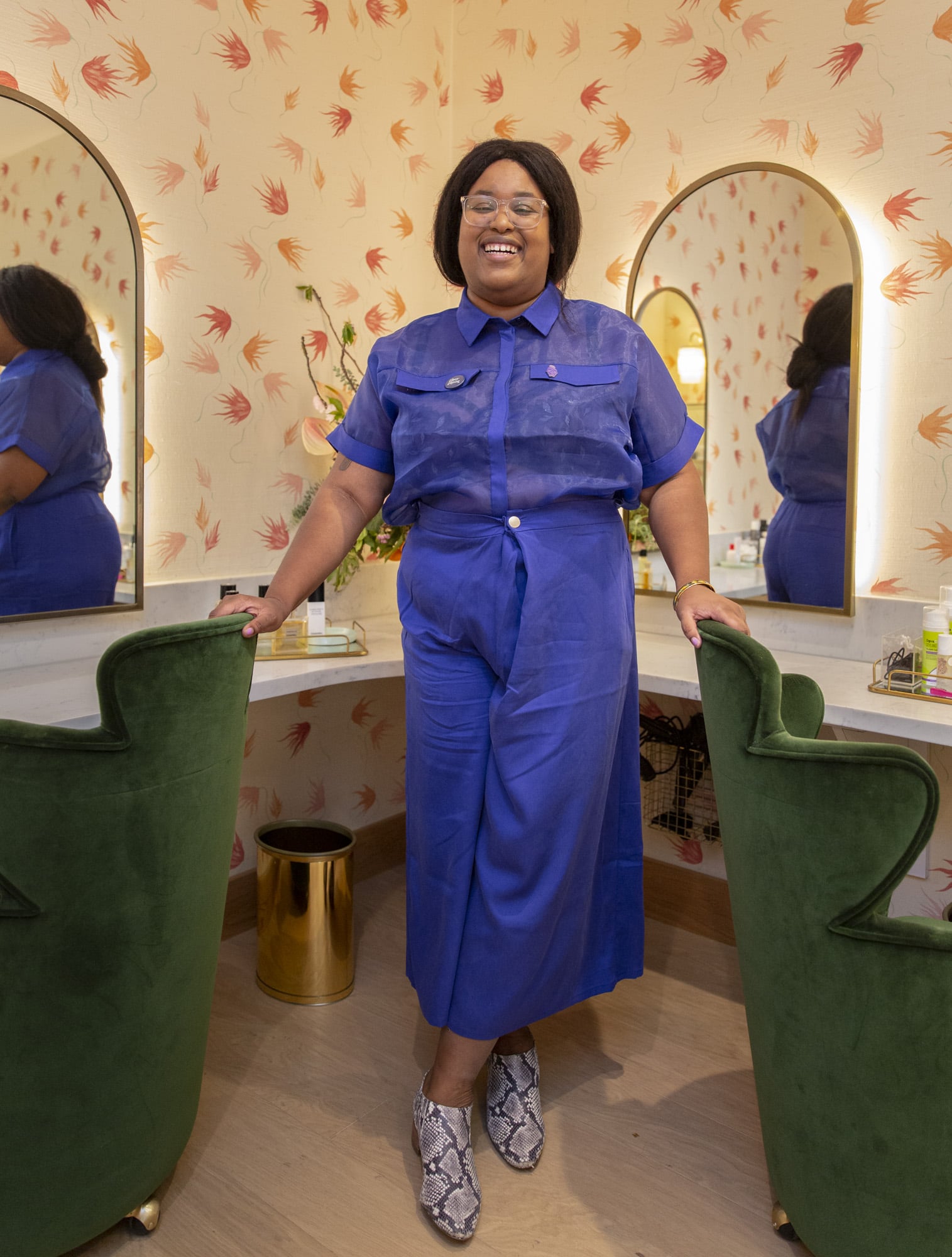 POPSUGAR: Tell me about framing this conversation around ambition — you started by talking about what a fraught word it can be for women. How do you try to get people to reimagine defining it?
Aminatou Sow: The reason that I keep having this conversation is because I am always fascinated by what providing a space for people to just ask questions does. I think that the narrative around ambition is that it's bad, and women don't call themselves that. And also, we think that it's a sort of ghoulish quality. But the truth is that we are, in the space that we are in, surrounded by successful women. We know very successful women. We know women who kill at everything that they do — and it cannot be that all of these women got to where they are by just being lucky.

"Women are obsessed with other hard-working women."

There's a lot of hard work involved, and I think that a thing that we don't talk about enough is, actually, women are obsessed with other hard-working women. We're not just here because we like the same dolls and we like the same boys. It turns out that we're obsessed with each other's brains. It's a thing that I am still exploring for myself, but I find at The Wing, specifically, because of what the mission of this place is, we're all given permission to be our most ambitious selves and not to have shame about talking about that.

PS: In your New York Times profile, you were very transparent about money but, like you said, people are still so uncomfortable about that. Were you surprised at the reaction you got from people?
AS: I got all sorts of reactions. A lot of "Girl, good for you!" And a lot of "Oh my God, how did you do that?" In that regard, I'm not surprised by the reaction at all. It also is not lost on me that you have to be in a privileged position in order to do that. I work for myself. I have all sorts of economic advantages that most people do not have. Also, I have a confidence and a security that comes with every day I get older.

I think a lot of people see [my] salary disclosures as a provocation, and in fact, it's not. The reason I do it is because I wish that somebody had done that for me when I was younger. I do it to model a way that you can talk about it, and [show] it's not a big deal.

PS: Something that struck me today about this conversation is that there's almost this throwback consciousness-raising vibe to what you're doing.
AS: Listen, I think that that is happening all of the time. Look at #MeToo. #MeToo is literally just women [talking] to other women about things that have happened to them. I think that throughout history, women telling other women their experiences is something that is very powerful. There's a reason that the women's liberation movement used that as a tactic, and I think that there is a reason that it works in a space like The Wing, [where] we are able to come together and have honest conversations. It's also true that most people do this in their own quiet, private way and it's just that it takes on so much more power when you do it en masse. The hope, really, is that everything that is started in these conversations travels very far. I'm not an expert on money. I'm not an expert on power. I'm not an expert on ambition. All I am is a very curious person, and I'm really dedicated to creating a space where other people can ask their questions, as well.

PS: "Ambition expert" would be a great job title, though.
AS: I know. Somebody should do that, an academic, probably [laughs].

PS: You and Ann [Friedman, cohost] cover so much ground on Call Your Girlfriend and you talk about politics a lot. It's an exciting and horrible and wonderful and terrible time — what has been your take on how the [2020] election is already unfolding with so many women in the mix?
AS: I am excited that, for the first time since at least I have been alive, there are so many women running for president, right in the shadow of the hundred-year anniversary of suffrage. The choice isn't about one woman. It really is, "Which of these ladies are we going to rally around?" Even though the race is unfolding in a way that is not surprising, with men getting more attention than the women candidates. With their ambition or their power, the dynamics around that are seen as leadership, whereas for women it's seen as pretty gross. I think that it's really important that we have more than one woman who's running for president. My hope is that the more we do that, people will realize that women are capable of being amazing leaders and that we can have a woman president.

PS: Pete Buttigieg has emerged as a frontrunner and it struck me that, wow, if a woman who was the mayor of the fourth largest city in a not that big state tried to pull this off, how would people react to her?
AS: I like the idea of Pete Buttigieg. I think that he's a smart person. He is a capable candidate. I love the idea of a younger person running for office. He's a veteran. He's a millennial. There's so much that's good there. I think the exercise that you just did of the parallel of "Who is the woman Buttigieg? Is her rise possible?" — that's an exercise that you could do with every candidate. Imagine the woman Bernie Sanders: some crazy lady railing about giving people free things. Women don't get to call for revolution. Again, the reason that it's exciting to have so many women run for office at the same time is that instead of comparing all the male candidates to just one woman, which is Hillary Clinton, you get to now see the pattern emerge. It's easier for charges of sexism not to get taken seriously if there's only one woman running. But if you have a host of them, then everybody gets to see the forces that were really at work here.

PS: It's laid bare a bit more than it has been in the past.
AS: Because they always say, "Not this one woman, another woman." I'm like, "Now there's two, three, four, five of them. What are you going to do?" I think it's also part of the same conversation that we're having tonight. Pete Buttigieg is somebody who is very smart. You know who else is smart and policy-oriented and as wonky as him? Elizabeth Warren. Why is that exciting in him and not in her, for example? Kirsten Gillibrand is a candidate that has also put out a lot of really cool policies — really women-forward — and again, is she the girl wonder wonk? I say a lot of this tongue-in-cheek, but I think that it's really, really important to [inaudible].

PS: Having these conversations at The Wing, there are always many young women in the room. But I love that there was this mix of generations of women. Is there anything you've taken away from what the younger set had to say that you've learned from?
AS: All of the time. I think the thing that I get excited about [with] all of the younger women in my life is that they're already taking less sh*t than I did at their age — and that is really a credit to the women who came before us. Every single time. Like tonight, we have women who are older who got to share their experiences, we have women who are younger, we have women who are my age. The truth is that this is the only way that we get out of all of this — by building solidarity across all of those lines. 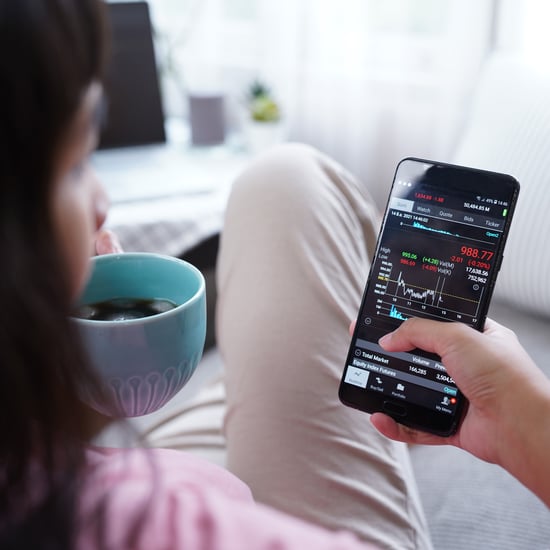