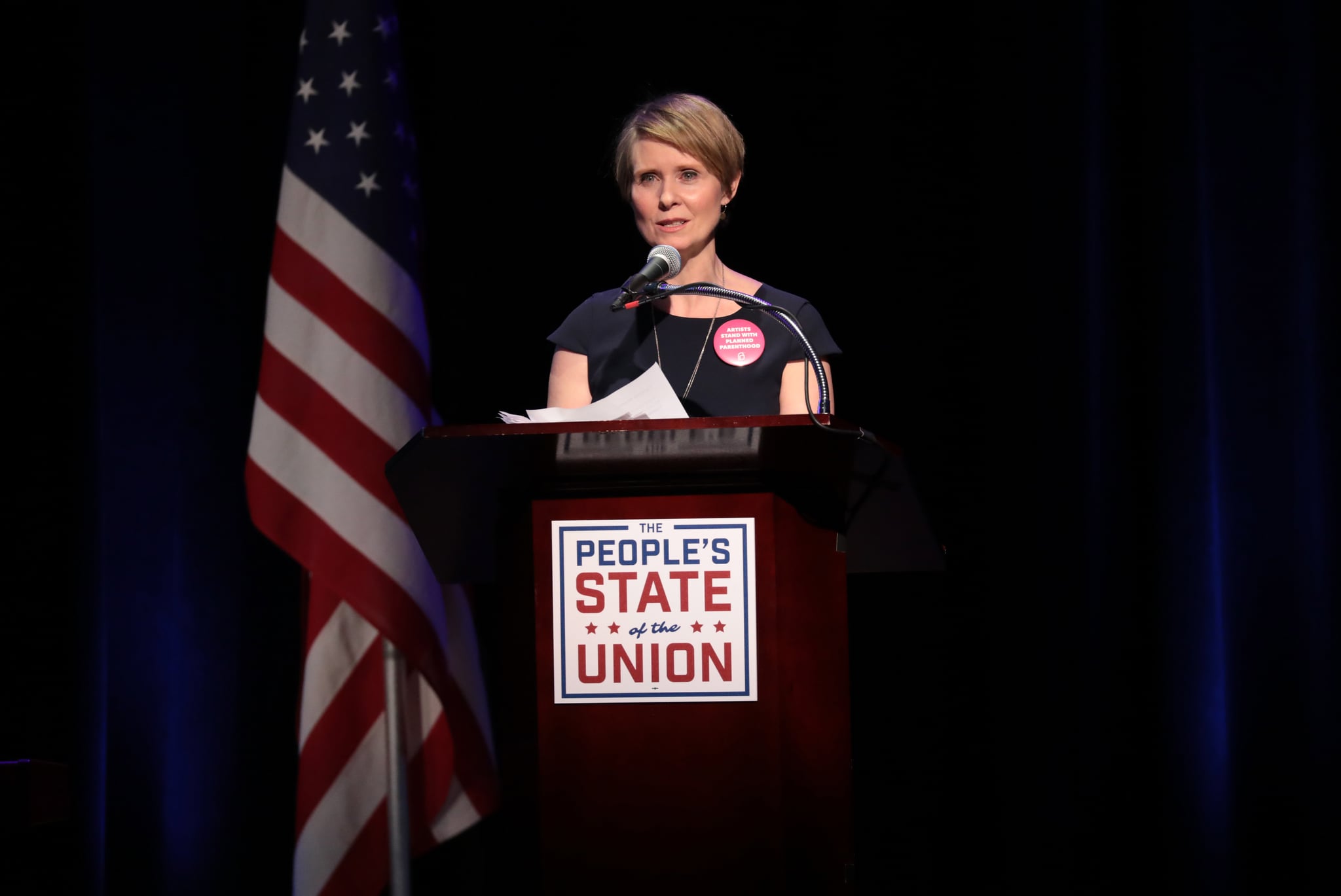 In a move that Sex and the City fans will know is the ending that Miranda truly deserves, Cynthia Nixon announced her candidacy for governor of New York on Monday. The 51-year-old mother of three is a native New Yorker, which she discusses in her very first campaign ad that you can view below. The ad briefly features Nixon's wife of six years, Christine Marinoni, and one of her children — but more than the actress's home life, it focuses on the candidate's roots in New York and her hopes for the state if she's elected governor.

I love New York, and today I'm announcing my candidacy for governor. Join us: https://t.co/9DwsxWW8xX pic.twitter.com/kYTvx6GZiD

"We are sick of politicians who care more about headlines and power than they do about us," declared Nixon, while the ad shows her walking through New York City, dropping her son off at public school, and riding public transit. Public education is one of the main focuses of Nixon's campaign, along with income inequality, health care, fixing mass incarceration, and improving New York's infrastructure. "It can't just be business as usual anymore," said Nixon in her ad, continuing, "If we want to get at the root of the problem of inequity, we have to turn the system upside down. We have to go out ourselves."

Well, Nixon is certainly putting her money where her mouth is with this gubernatorial campaign. This isn't her first foray into politics, though it is her first attempt at running for public office; Nixon has been a staple figure in the Women's March and in advocating for LGBTQ+ rights in recent years. But running against three-time New York Governor Andrew Cuomo will be no easy feat. According to The New York Times, Cuomo already has $30 million in campaign funding to work with, which will surely aid him in the run against Nixon over the next six months.

To learn more about Cynthia Nixon's goals as governor, visit her campaign website.

Jason Sudeikis
Jason Sudeikis Makes a Political Statement at the SAG Awards in a $1,100 Gucci Jumper
by Sarah Wasilak 1 week ago