If you were angry after seeing the racist Fox News video of host Jesse Watters interviewing people in Chinatown about the election, this might make you feel better. The Daily Show created its own piece Thursday night tearing apart Watters's O'Reilly Factor segment that was full of Asian stereotypes and mocked people who couldn't speak English well. Since airing earlier this week, Watters has received backlash from social justice groups and journalist associations who called it "racist and offensive" for asking people if they knew karate and splicing the clip with martial arts films.

Ronny Chieng, a Chinese-American comedian and Daily Show correspondent, held nothing back in his takedown. "They say 'China' in the debate, so you go to Chinatown? In New York? So when they mention Mexico, you send someone to Taco Bell? Chinatown is nothing like China. They got nothing to do with each other. That's like if they brought up women's rights, so I decided to go over to Fox News to get some opinions."

After playing a clip of Watters asking an elderly man if it was the year of the dragon, Chieng said, "No, it's actually the year of 'Go f*ck yourself.' What the hell was that? How was that on the news? In fact, how was that even on TV?"

"Oh and by the way, you're going to be racist, at least get your stereotypes right, you ignorant sack of sh*t. Karate isn't Chinese, it's Japanese, and you're doing it in a taekwondo studio, which is Korean, you f*cking jack-off."

The best part, though, is that Chieng went to Chinatown and interviewed people who gave thoughtful opinions about the election and reacted to the Fox News video. Responding to the backlash, Watters tweeted saying he regretted if anyone found it offensive.

My man-on-the-street interviews are meant to be taken as tongue-in-cheek and I regret if anyone found offense.

As a political humorist, the Chinatown segment was intended to be a light piece, as all Watters World segments are.

Still, for many, it was too late. 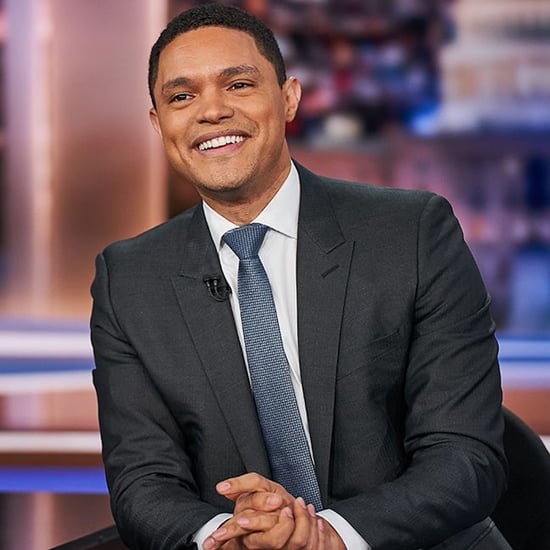 The Tonight Show Starring Jimmy Fallon
Trevor Noah Officially Says Goodbye to "The Daily Show": "It's Taught Me to Be Grateful"
by Njera Perkins 1 hour ago