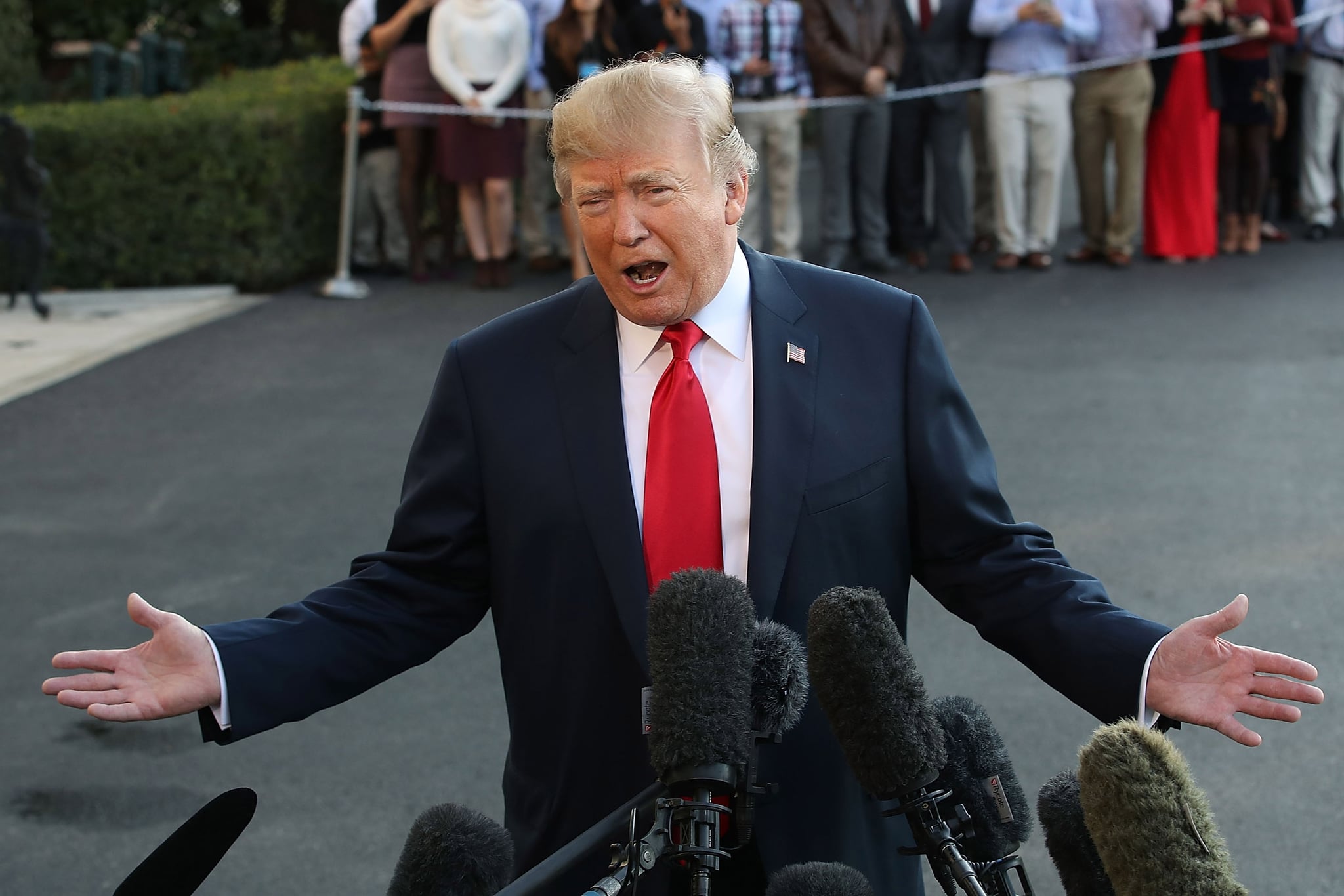 As the investigation into President Donald Trump's ties to Russia comes under ever-increasing scrutiny, there's one interesting pattern that has emerged: politicians are releasing insider information left and right, all in the hopes of defending (or condemning) Trump.

The double-sided power struggle has emerged as a result of ongoing GOP attempts to keep the narrative of Russia's meddling in check while individuals from the top down continue to grapple with the FBI being a nonpartisan organization. Last week, Republicans voted to release a confidential memo compiled by California Rep. Devin Nunes, something that Trump hoped would deliver vindication. After the (ultimately nothingburger) memo was released last week, questions began to swirl as to whether the FBI will be able to continue operating independently of Trump or if this internal meddling will push the organization under the president, effectively halting the Russia investigation. As Arizona Republican Senator John McCain put it, the release of this memo "undermine[s] our own rule of law" and does "Putin's job for him."

The most recent development in Memogate 2018 is that Nunes now wants to release five more memos while Democrats are pushing Trump for the release of a single memo that will counter the claims from the initial, nothingburger Nunes memo. The memo Democrats hope will see the light of day comes from California Rep. Adam Schiff, who hopes to illustrate that the Nunes release was, as The New York Times says, "a misleading, inaccurate attempt to discredit the investigation" associated with Robert Mueller and the Trump-Russia connections. Schiff also tweeted a small jab at Trump's assertion that he would be vindicated by said memo.

In retaliation, Trump took to Twitter to taunt Democrats and drive home the idea that he had been wronged, calling Schiff "little." Schiff offered a salty response — but Trump went on to praise Nunes, calling him a "hero."

Little Adam Schiff, who is desperate to run for higher office, is one of the biggest liars and leakers in Washington, right up there with Comey, Warner, Brennan and Clapper! Adam leaves closed committee hearings to illegally leak confidential information. Must be stopped!

Mr. President, I see you’ve had a busy morning of “Executive Time.” Instead of tweeting false smears, the American people would appreciate it if you turned off the TV and helped solve the funding crisis, protected Dreamers or...really anything else. https://t.co/lVqQRu2Gjl

Representative Devin Nunes, a man of tremendous courage and grit, may someday be recognized as a Great American Hero for what he has exposed and what he has had to endure!

The dramatics of these memos are likely to continue in this dirty theatrical manner as the Democrats seek to vote on releasing Schiff's memo to the public on Feb. 5. But outside of this political void, a poll by Monmouth University released just days ago reveals that "an overwhelming majority of Americans (71%) say that Trump should agree to be interviewed by Mueller about the Russia probe." Clearly, we're all tired of these shenanigans and political pettiness — but, alas, here we are.