For years — decades, even — the world has struggled to understand millennials. We're glued to our phones, annoying as hell, don't take no for an answer, and, if recent reporting is to be believed, we're basically over. Naturally, that makes it the perfect moment for a revelation to arrive that is so perfect, it makes us all shout "it me!" — and that revelation happens to be an explanation as to why we are such a resoundingly f*cked-up group. Behold:

i pinpointed the exact moment millennial humor became this sort of fucked up weird and vague disturbing humor that is very difficult to understand from the outside looking in. essentially our downward spiral began with this video pic.twitter.com/7ZUBM00f0c

April 14, 2007. That was the night that Saturday Night Live debuted "Dear Sister," a digital short so inexplicable to our parents that it became instantly clear that there was one hell of a generational divide in our collective senses of humor, and we would never be able to see eye to eye on comedic ground. It wasn't the first digital short that the late-night show produced — nor was it the last — but it was certainly among the most memorable moments in viral video history, spawning a decade of memes and virtually destroying a perfectly decent Imogen Heap song called "Hide and Seek." But let's start at the beginning, and talk about the cultural phenomenon that was The O.C.

The O.C., at heart, is the story of a wealthy philanthropic family's decision to adopt a tough street kid (Ryan) and force him into semi-brotherhood with their geeky-yet-lovable son (Seth) and the duo's subsequent journey toward adulthood, often coupled with two young women of the same age (Marissa and Summer). Drama, sexual tension, a bangin' soundtrack — the show had it all. The New York Times, in its first review of the series, noted that the show "obviously owes a vast debt to Beverly Hills 90210 and to Eminem's wardrobe in the movie 8 Mile," adding, "Teenagers between 12 and 50 will love it." And boy, did we love it. So much so that one of SNL's star comedians, Andy Samberg, could not get the show — and in particular, an Imogen Heap song that played during the show's season two finale — out of his head. It's from this obsession that "Dear Sister" emerged. 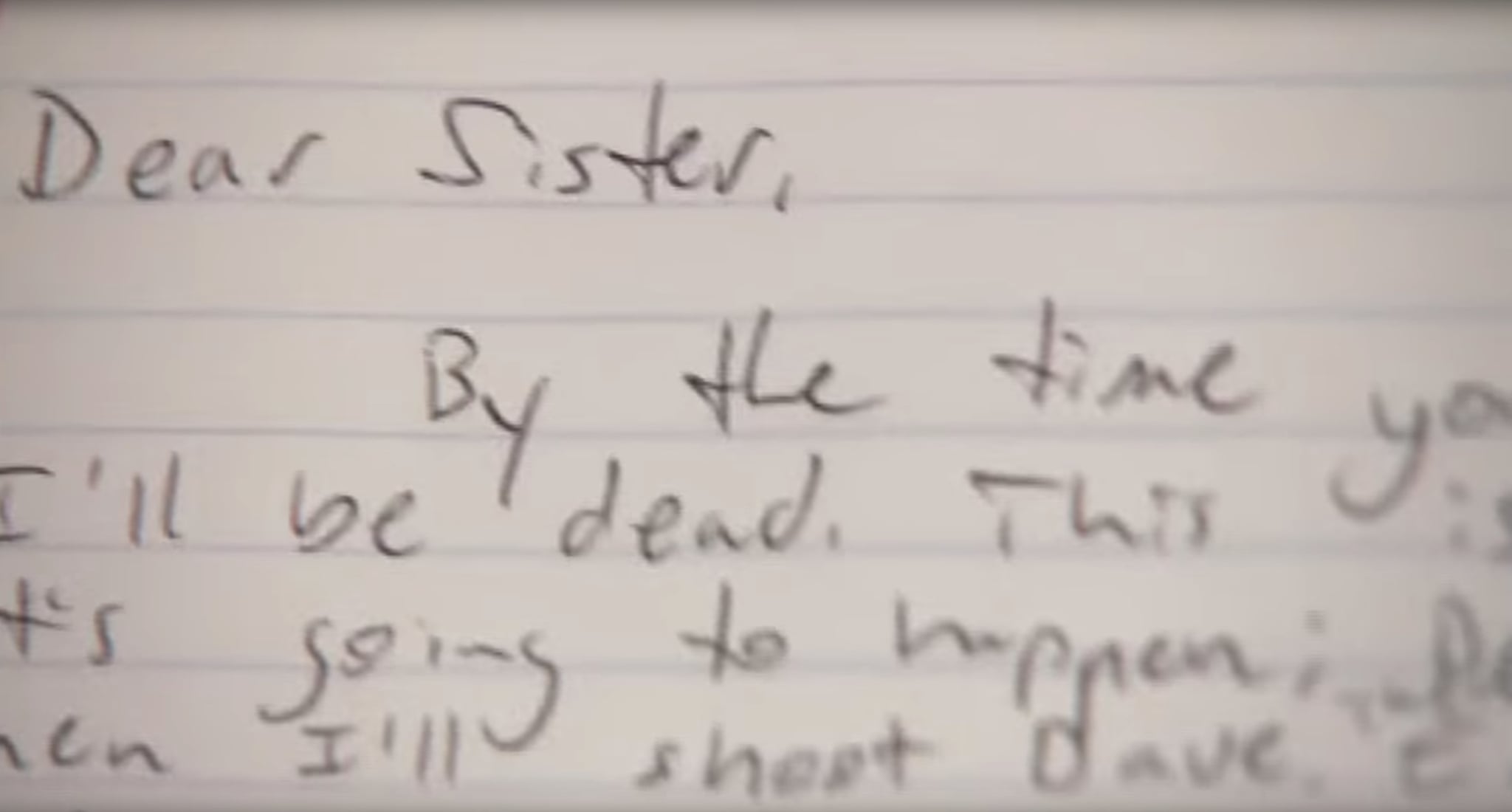 "When 'Hide and Seek' aired on The O.C. we all became somewhat obsessed with that song. I remember listening to it on headphones while we were shooting with Jimmy Fallon on the MTV Movie Awards when we were writers before we got SNL. I remember being on a stage at Universal where he was shooting the pre-tapes and Jorma had it on his headphones, and we kept being like, 'God, that song is so cool,'" Samberg told Entertainment Weekly earlier this year. "We couldn't let go of the O.C. thing and that song, because Akiva, Jorma, and I were obsessed with The O.C. [The sketch] was 100 percent because of that the season 2 finale. It's a classic moment, and we love doing digital shorts about movie and TV tropes. The 'Gunshot That Happens Off-Camera, and Then Everything Cranks Into Slo-mo and Someone Realizes They Have Blood on Their Hands When They Look Up' is a move done a bunch of times, and we always really loved it."

In fairness, the scene that Samberg is referencing is one that will live on forever in infamy. I'm not even going to attempt to describe what happens, so spoiler alert, here's the clip itself:

"Dear Sister" hones in on the extreme melodrama of the scene and cranks it to one million. Dave (Bill Hader) is shot by Keith (Andy Samberg) and after Keith returns fire, Dave shoots their friend Eric, played by none other than Shia LaBeouf, and the three alongside Keith's sister (Kristen Wiig) continue to shoot each other over and over, and over — with every single gunshot being marked by the Imogen Heap song starting from the top (over and over, and over and over). The skit ends in equally dramatic fashion after two cops (Jason Sudeikis and Fred Armisen) arrive and find a letter describing exactly what went down ("Dear sister . . . ") and they shoot each other after reading it.

Now that I've typed this whole thing out, I can somewhat see how it is that my parents thought I was nuts for finding it hilarious. But suffice it to say, it was so perfect in every way. It was exactly the coda that The O.C. needed, and it became the inside joke of an entire generation — one that was far, far too hard to explain to the old folks who just didn't get it. For good measure, why don't you watch the skit again and laugh a little bit more? Can you turn it off? No, I didn't think so.

As @backtoyoubfs (who may be a genius, and is certainly now the voice of our generation) pointed out in his tweet on Nov. 26, "Dear Sister" is truly the moment at which it became clear that we we could never really explain the internet and viral videos and our particular brand of teen angst to our parents, and they'd never understand the way that the world had changed. But as Dr. Seuss may or may not have said many years ago, "Don't cry because it's over, smile because it happened." So while we may be the most f*cked-up generation the world has ever known, never forget that we're also most definitely the funniest people who have ever lived — even if we're the only ones who understand our jokes. 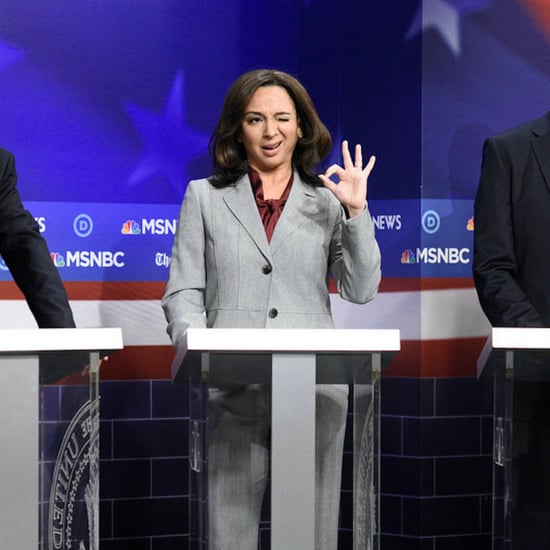 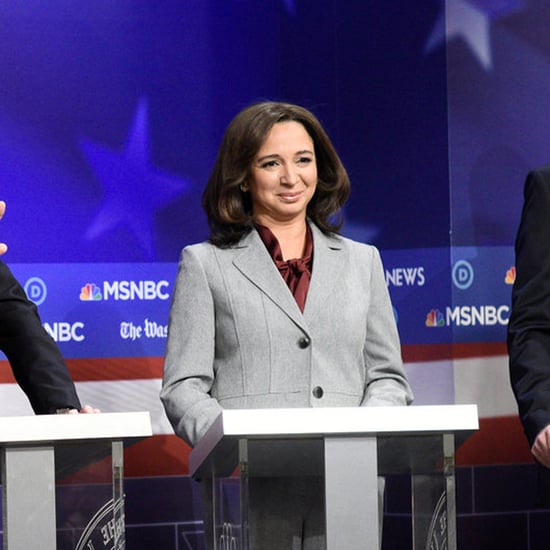