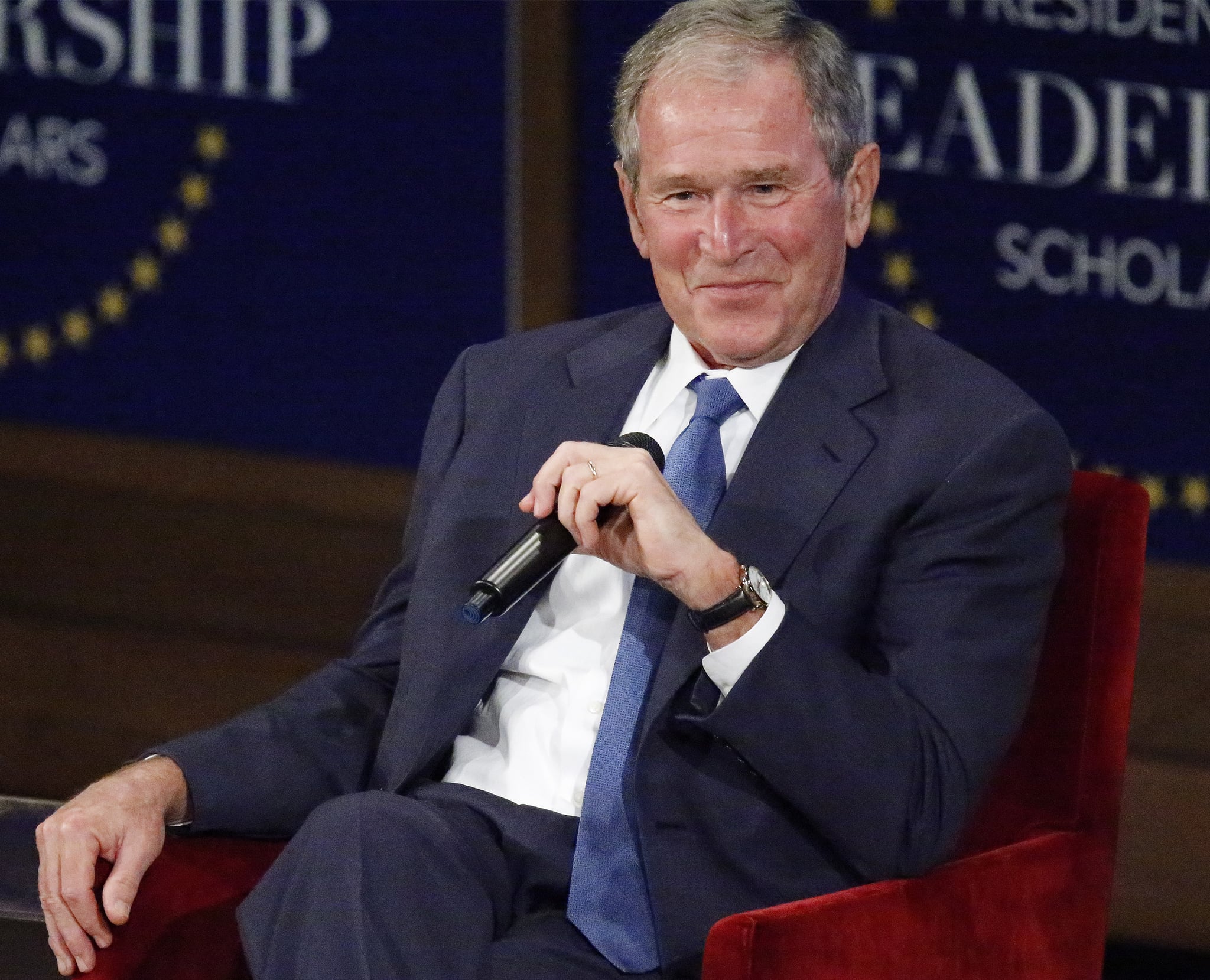 Former President George W. Bush came out against the racism, bullying, and hate inspired by President Donald Trump — and he did it all without ever mentioning the current president by name.

Bush 43 has largely stayed out of the spotlight since he left office, choosing instead to focus on his post-White House life — namely, a late-in-life career as an artist. But in a speech delivered in New York City on Oct. 19, Bush made it clear that he is now among the many other Republicans who have come forward in recent weeks to speak out against the direction his party is headed in as a result of Trump and his supporters.

"Bigotry in any form is blasphemy against the American creed, and it means the very identity of our nation depends on the passing of civic ideals to the next generation," he said. "We need a renewed emphasis on civic learning in schools, and our young people need positive role models. Bullying and prejudice in our public life sets a national tone, provides permission for cruelty and bigotry, and compromises the moral education of children."

While Bush very consciously did not mention Trump directly, it's hard to imagine that a statement such as "bigotry seems emboldened; our politics seems more vulnerable to conspiracy theories and outright fabrication" could refer to any other moment in American history. And consider the fact that even Bush, who hasn't been in office for almost a decade and has a dicey record of his own behind him, urged the country to take action against the ongoing Russian threat — one that Trump still refuses to fully acknowledge or deal with in any meaningful way.

"According to intelligence services, the Russian government has made a project of turning Americans against each other," Bush said. "This effort is broad, systemic, and stealthy. It is conducted across a range of social media platforms. We must secure our electoral infrastructure and protect our electoral system from subversion."

Watch the speech in full below, and you can bet that we'll be hoping the former president's words inspire other high-profile individuals to speak up for what they believe in after being silent for far, far too long.