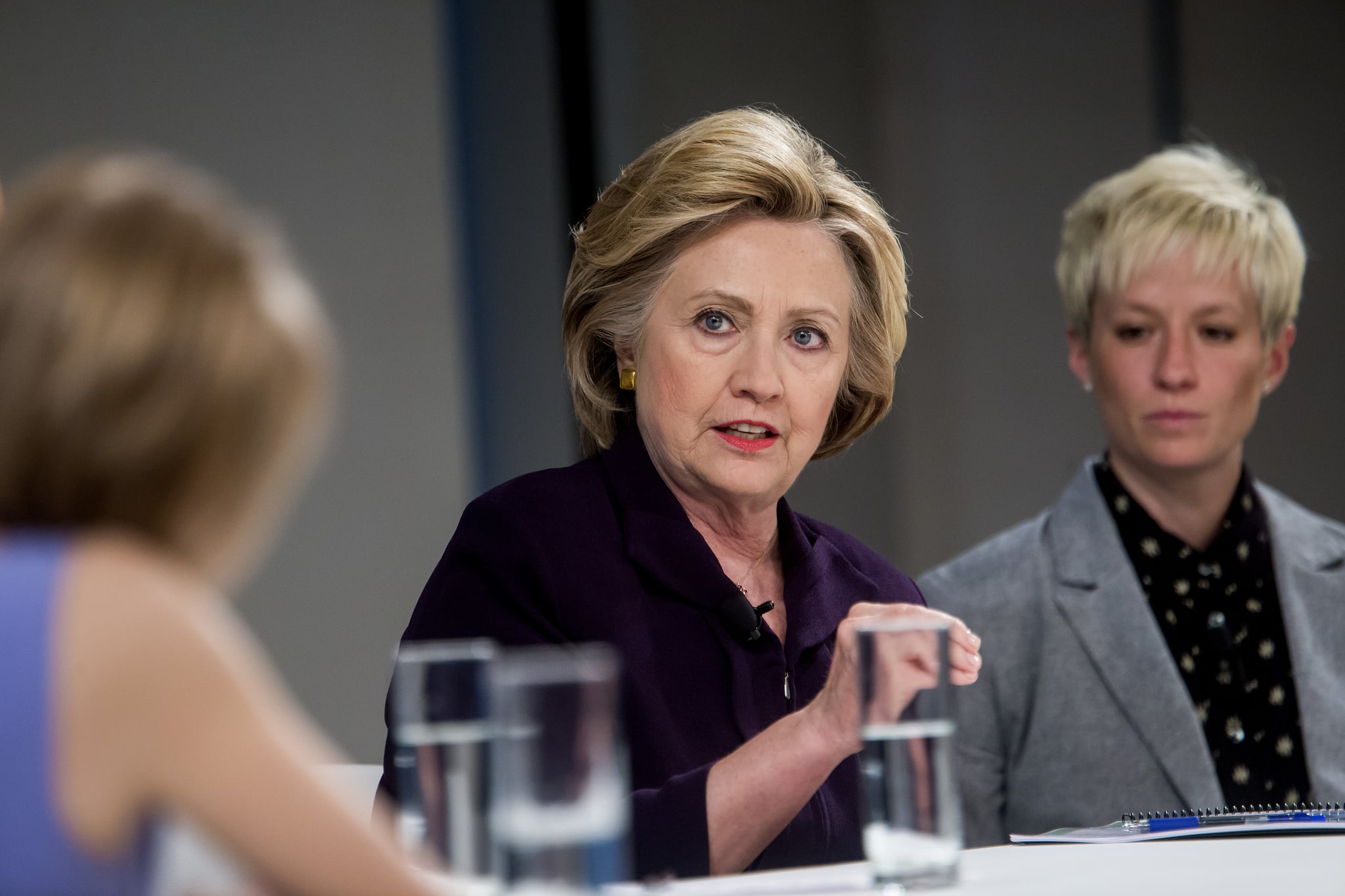 Today is Equal Pay Day, the day we celebrate the fact that men and women earn the same amount for doing the same work. Wait, no, that's not true. It's hard to believe that in 2016 we have to have this day, but Equal Pay Day is held each April to mark how far into the year a woman must work to earn what a man in the same position earned in the previous year.

To commemorate the day, Glassdoor held a round-table discussion about gender pay gaps featuring Democratic presidential candidate Hillary Clinton and US women's soccer star Megan Rapinoe (who is part of the group suing for being paid less than their male counterparts) in New York City. The discussion focused on data coming out of Glassdoor's Gender Pay Gap study and included thoughtful takeaways on the reasons behind the gap.

While all of these statistics sound depressing, Clinton focused on the positive. "I'm actually optimistic," she concluded. "But I'm also very focused on making sure we don't lose the impetus behind this conversation." She emphasized that she would do everything she could to close the gap. "It's something that is long overdue, but I know we've just got to keep moving forward."