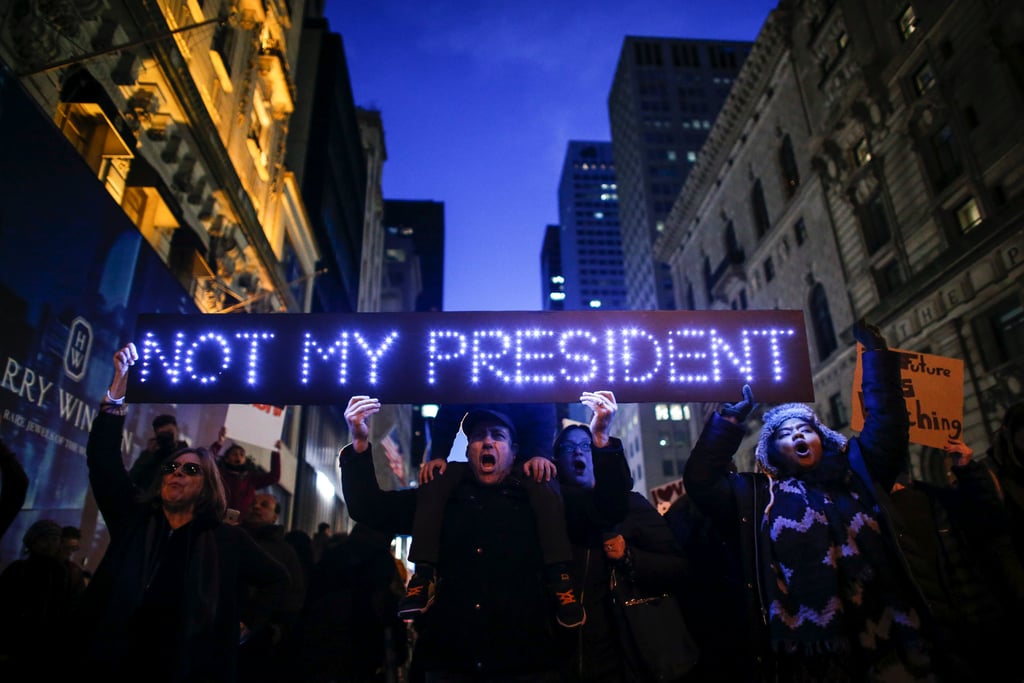 Whether you've seen it on social media, read about it in the news, or heard people talking about it on the street, there's a multifaceted movement against President Donald Trump that's been gaining steam over the months and years since he first announced his candidacy. Intrigued? From grassroots organizing to shaping fresh new candidates, people across the country are coming together to join the Trump resistance — and doing what they can to fight back against the administration, in every imaginable way.

That being said, it's often hard to figure out just how to join the movement, as there are so many groups devoted to the cause. So, we've pulled together 10 easy ways you can join the revolution right now — and stand up for what you believe in today.

Joe Biden
President Biden on Texas School Shooting: "It's Time to Turn This Pain Into Action"
by Chanel Vargas 1 hour ago

Amanda Gorman
Celebrities and Politicians React to Texas Elementary School Shooting: "There Simply Has to Be Change"
by Eden Arielle Gordon 2 hours ago