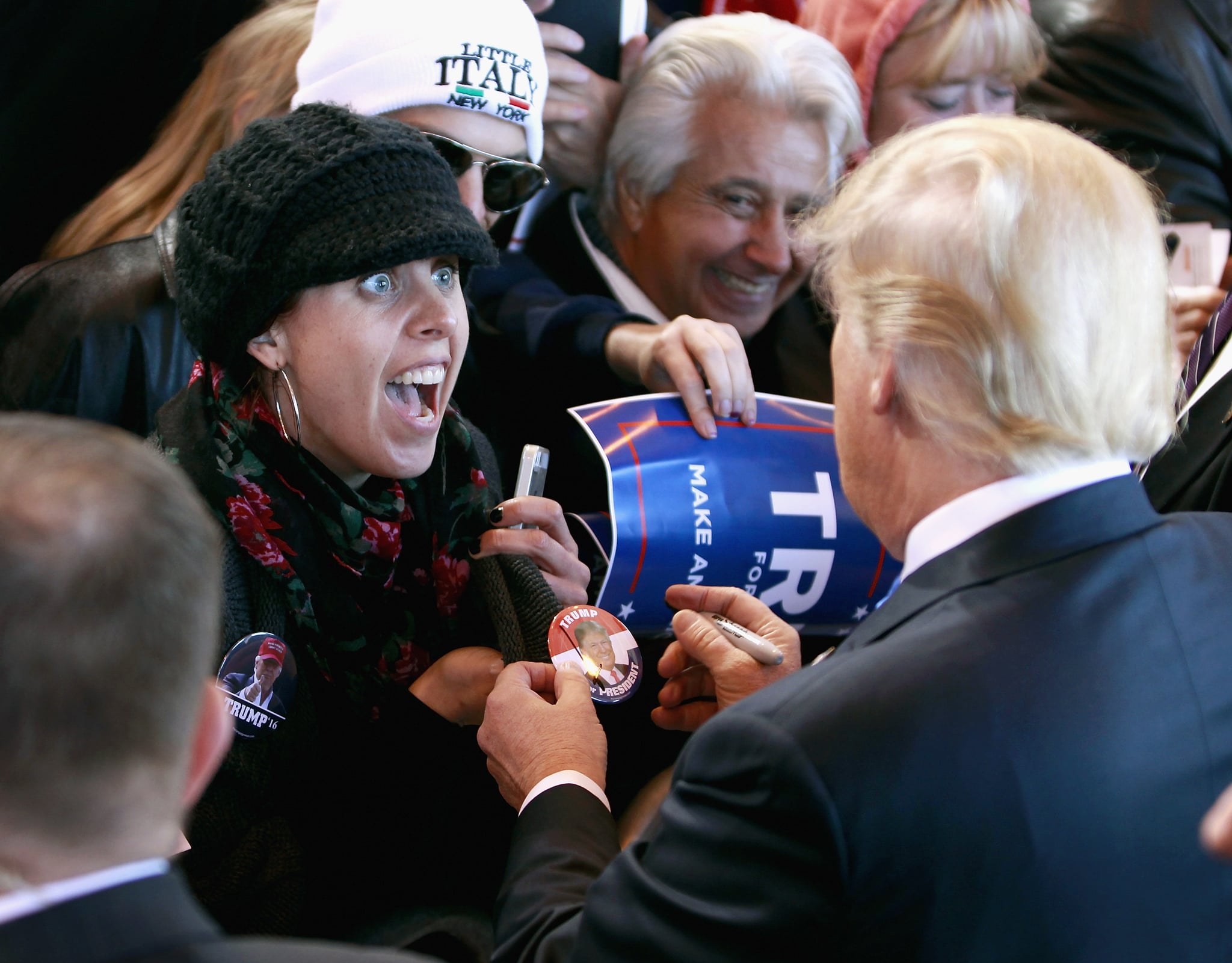 We all know the situation: Aunt Mandy, that one you only see once every few years at the family reunion, is going on a Facebook rant about how refugees only bring violence and destruction to the countries they enter. She hasn't cited her sources, and her argument is carried through on the force of her excessive punctuation rather than her words. You have two choices — either you can ignore her (and the amassing comments) or you can engage with facts.

But as we've learned, some people in America don't really do facts. They hold on tightly to their "alternative facts," shouting "fake news" at highly reputable sources like CNN, The New York Times, and BBC. So even if you told Aunt Mandy that the statistics on record disprove everything she's saying, would she listen?

Even before Donald Trump took office, we saw how divided America had become. Voices that had remained on the periphery during Barack Obama's terms suddenly took center stage. Trump's rhetoric inflamed hate crimes and emboldened anti-choice, anti-immigration, and anti-refugee leaders. And now that he holds the reins to America, it feels wrong to let his choices go by without comment. But what's the best way to talk to those we disagree with?

POPSUGAR spoke to Paul Thagard, a professor of philosophy and cognitive science at the University of Waterloo, about the best way to talk to Trump supporters. Based on his research, Thagard recommends that if you're going to tussle with a Trump supporter, it's better to look at values rather than facts. Here's what we mean.

We Believe in Feelings Over Facts

People believe in things that have been factually disproven because beliefs are based on goals or emotions and not necessarily facts. According to Thagard, "People hold onto disproven ideas because of motivated inference." Motivated inference is a natural thinking mechanism that sees us base our beliefs on things we want to be true rather than what factually is.

Motivated inference pops up in our lives in so many ways — for example, we might stay with a romantic partner who mistreats us because we believe they'll change, or even when we put our faith in a political leader to improve our lives. We want them to do these things so badly, we will collect all the bits of information that prove us right. It's like selective hearing.

"Motivated inference is not just wishful thinking. Instead, people become very selective about what they want to remember and count as facts, and [are] selective in pursuing evidence," Thagard said. "They also ignore evidence."

Instead of using facts, find common values and go from there. "Most severe disagreements are about values even more than facts," Thagard said. "You can use value mapping to understand the other person's position, look for common ground [or] overlapping values, and provide evidence that might help to shift them."

It's tempting when arguing with people whose ideas are vastly different than yours to make them out to be separate from you. But when we do this, we just push ourselves further into our own echo chambers. You can't change minds when everyone around you agrees with you.

"So when you've got someone like Paul Ryan lauding himself as this devout Catholic, and yet he's willing to turn back orphans and widows who are being slaughtered by their own government, it's not that hard to point out the fallacy of that viewpoint," Aslan said.

Going back to Aunt Mandy and her vendetta against refugees, it's clear that what she cares about is security for herself and her family. There are very few people in this country who don't care about that. Knowing that you have this in common, you can approach her sympathetically. Talk to her about how refugees are fleeing violence, which is the same thing she would do for her family if it got to be like that in this country. Tell her that refugees are just scared, not calculated, and that they won't bring violence. Statistics on this subject won't help you, but if you speak the same language, she'll be more willing to listen to you.

Joe Biden
Take a Tour of Biden's Transformed Oval Office, and Learn More About Its Symbolic Decor
by Kelsey Garcia 7 hours ago