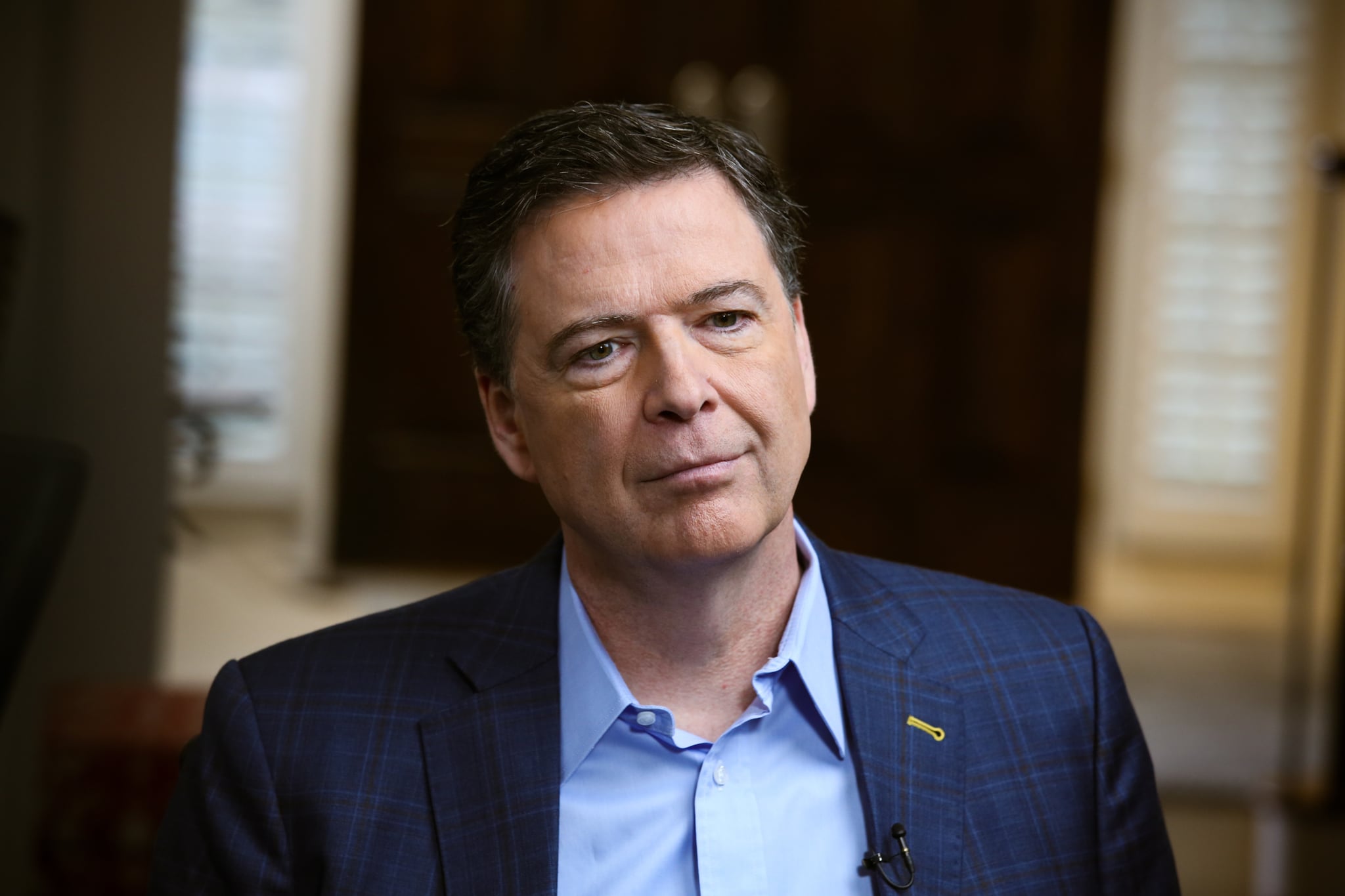 James Comey is taking to every form of media in America to speak directly to President Donald Trump.

On April 15, just two nights before the official release of his (already bestselling) book, A Higher Loyalty, the former FBI director appeared on 20/20 to discuss the ripple effects of his own decisions under Trump, as well as his widely-publicized firing last year. The conversation with George Stephanopoulos saw Comey shift from the written word to the spoken word, in a move not unlike that of Stormy Daniels, who appeared on 60 Minutes last month in the hopes of connecting with a president who prefers his realities on television.

But of course, Comey was also touting his book. Aside from rehashing the major bombshells from his book, the law enforcement veteran deemed Trump as "above average intelligence" but "morally unfit" for the role he is currently in, emphasizing that Trump does not "reflect the values of this country." Comey pointed to multiple examples of this, such as Trump's false equivalency of activists and white supremacists in Charlottesville, his ongoing treatment of women, and his borderline-pathological lies – all with a keen eye toward reminding Americans that Trump's actions in office represent a politically vulnerable president who may put the country at risk.

The former FBI director also once again raised the possibility that Russia may blackmail Trump, and what the fallout would be from that type of situation. Recounting intimate, one-on-one interactions with the president, Comey described situations where a different side of the man was offered, revealing insecurities and a need for familial-style loyalties – a behavior which he likened to that of a mob boss. As a result, compromising information, such as allegations that Russia has evidence of Trump's behavior with prostitutes, was a major focus point of the interview. When asked if the the Russians were in possession of something of this nature on Trump, Comey said, "I think it's possible. I don't know. These are more words I never thought I'd utter about a president of the United States, but it's possible."

A final revelation in the one-hour interview came when Comey was questioned about the handling the Hillary Clinton email investigation. Comey lamented his actions as "extreme carelessness," noting that this "wasn't your ordinary bureaucrat who just mishandles one document" but also wasn't anything someone would get prosecuted for. However, he did also note that he doesn't regret reopening the investigation of Clinton's emails days before the election – because he, like many, assumed that she was set to win the presidency.

"I was operating in a world where Hillary Clinton was going to beat Donald Trump," said Comey. "I'm sure that it – that it was a factor." In other words, he hoped to ensure that she would be a legitimate president by reopening the investigation, not someone who had something to hide by sweeping the email woes under the carpet. At the time, Clinton expressed dismay over Comey's decision, calling it "deeply troubling" – and the White House, one day after Comey's interview, emphasized that Comey "swung the election," admitting his hand in enabling Trump.

Back in Washington, Trump bookended the interview with twin tweetstorms dedicated to defaming the "slippery" former FBI director. But for his part, Comey did present a course of action to taming the sitting president. "I think impeaching and removing Donald Trump from office would let the American people off the hook," he said, adding, "People in this country need to stand up and go to the voting booth and vote their values."