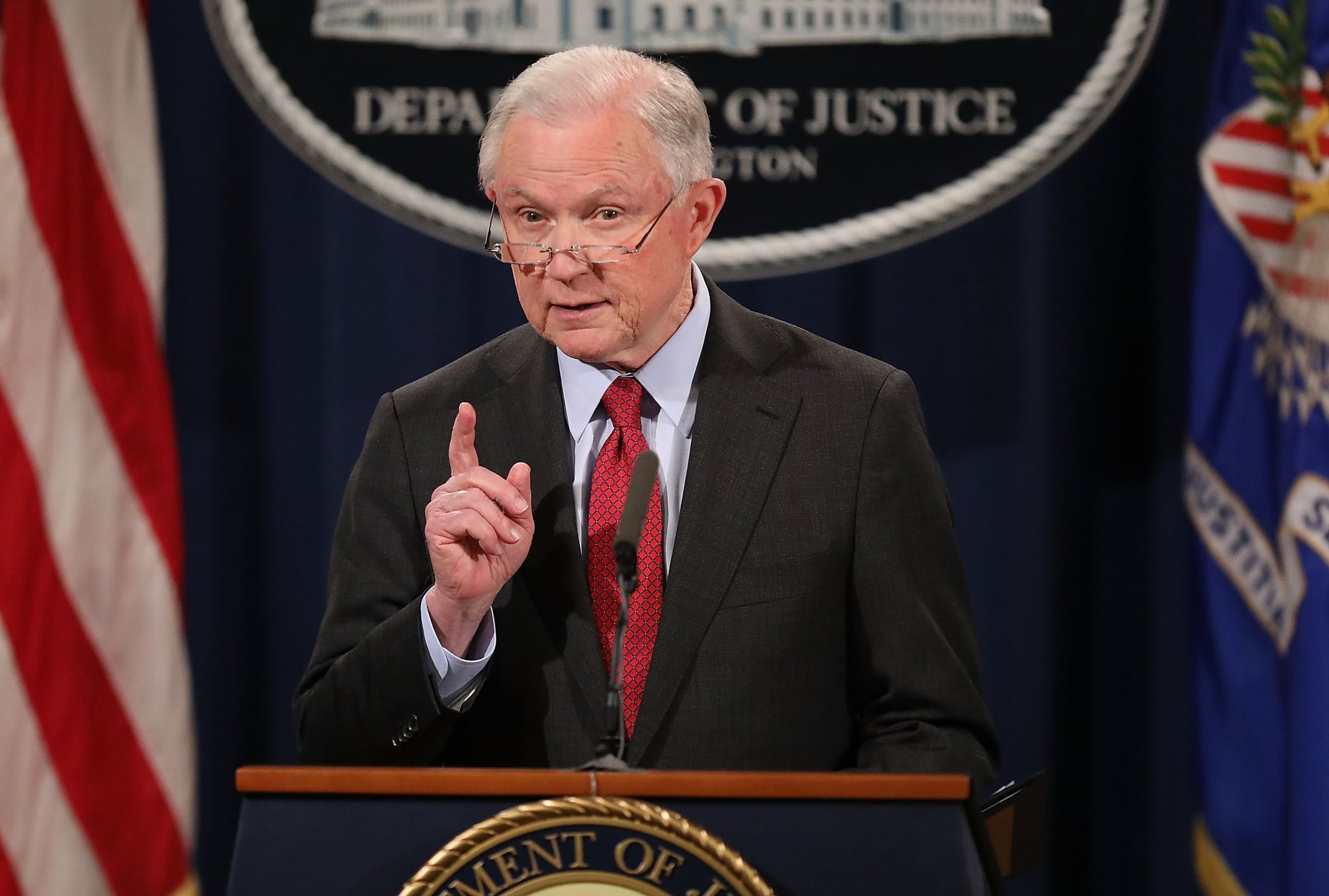 Marijuana legalization appears to be an entirely net-positive venture. But according to decidedly yesteryear-minded Attorney General Jeff Sessions, the substance needs to be under close watch — and he's rolling back privileges instituted by former President Barack Obama to make his point known.

AP reports that Sessions will rescind Obama's 2013 "Cole Memo" that ensured federal prosecutors not stand in the way of state-level legalization. The memo refocused drug enforcement to more macro-level issues like preventing distribution to minors and ensuring substances don't travel across state lines or to cartels and gangs. Sessions's rollback will enable attorneys nationwide to assess the issue on their own, to handle federal resources however they please in their areas. The hope is to curb drug trafficking and prevent substances from traveling across state lines. The move is widely seen as a means to thwart the expansion of marijuana legalization.

The move is also remarkable as it comes days after California's launch of recreational marijuana on Jan. 1, a notable benchmark as California has the highest population and is the sixth state to legalize the substance. Legalization is expected to bring the state nearly $7 billion by 2025, a figure that will be more than a quarter of national sales of legal marijuana.

Dear Attorney General Jeff Sessions and @TheJusticeDept: Let me give you a list of things more important for federal prosecutors and federal law enforcement to pursue other than marijuana:

Sessions's move is entirely unsurprising since his backward views on the progressive issue have long been a staple of his attorney generalship. His rolling back of the Cole Memo comes after simmering efforts in 2017 like devoting a task force to evaluating marijuana enforcement. Word of Sessions's Cole Memo rescinding circulated for some time, sparking debate in November 2017 during a press conference on the opioid crisis where the attorney general focused on how "detrimental" he views marijuana to be.

While the country — and states — awaits to see how the loss of the Cole Memo actually manifests, the matter of how "bad" marijuana is has been debunked many, many times. Most recently, the World Health Organization issued a report that the medical use of CBD — a compound found in marijuana — is entirely safe, posing no health risks. Moreover, repeated studies have revealed that marijuana is largely safer than alcohol. Yet over seven million people were arrested for the drug between 2001 and 2010, a fact that most adversely affects black populations, while it costs the states over $3.6 billion to enforce. Sessions may be hoping to end marijuana legalization to better the nation, but as has been observed countless times, his view on the matter will ultimately stand in the way of national progress as a whole.

Image Source: Getty / Chip Somodevilla
Any cannabis products referenced above are not intended to diagnose, treat, cure, or prevent any disease. The writer is not a medical doctor, and their experience is based on personal use, the results of which may not be typical or intended. The legality of cannabis products varies by state, and readers are encouraged to check their local laws before purchasing and using cannabis products. Nothing in this article should be construed as advice regarding the legal status of cannabis products. Any views expressed in this article by a third-party sponsor are those of such sponsor, and do not necessarily represent the views of POPSUGAR.
Donald TrumpPoliticsJeff SessionsUS NewsMarijuana